Harrogate Town have another Wembley appearance in the offing after defeating Notts County 1-0 in the FA Trophy semi-final. 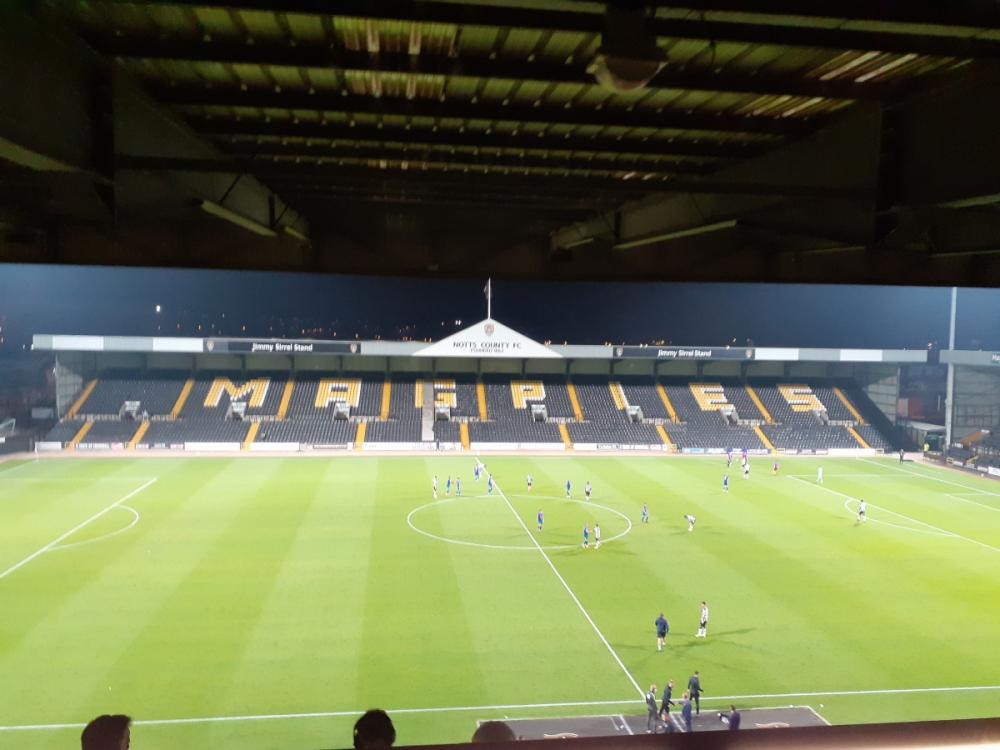 This was another game held behind closed doors, with a bit of history made as a ratified EFL club in the shape of Town took part in the competition for the first time, due to the game being rescheduled because of lockdown.

The visitors made a bright start with the likes of Jack Muldoon and Aaron Martin.

Notts County's chances during the opening 45 minutes were at a premium with Jake Reeves seeing a volley cause little problems.

Town upped the pressure and Connor Hall on the turn fired towards goal but Sam Slocombe in the Notts net dived well and turned the effort past the post.

Harrogate Town did eventually take the lead just before the break, when a cross was powerfully headed in by Will Smith who left Slocombe with no chance as it nestled into the bottom left hand corner.


Also by Thomas Feaheny...
Match Report: Bradford Park AvenueMatch Report: Opening Game Of The SeasonFans Back At Certain Non-league LevelsMatch Report: Harrogate Town v Boreham WoodWWE NXT York Show
The second-half had slightly less tempo to it, with the intensity dropping ever so slightly, with Notts still not officially starting the 2020/21 season and Harrogate playing quite a few games since their EFL campaign began.

Josh Falkingham fired a long-range effort just over the crossbar as Town looked to grab a second and secure the game.

In the end though it wasn't needed with Notts Ruben Rodrigues glancing a header past the crossbar, that was the real chance of note for the home side, with Town seeing the game out well.

The full-time whistle was met with applause rather than scenes of jubilation, summing up how games behind closed doors can feel.

Town will at some point play Concord Rangers in the final as they look to win the competition for the first time.