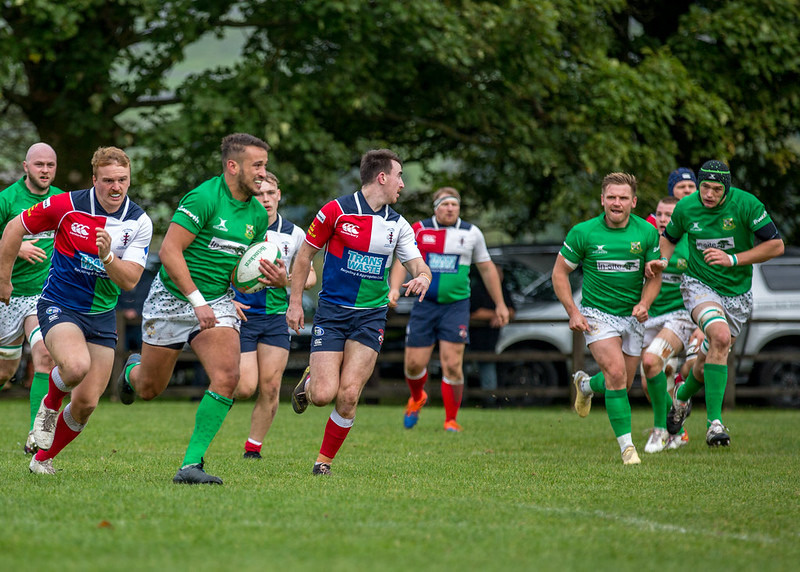 photo by Ro Burridge
A pulsating match ended with both sides taking a share of the points. Ionian’s coach, Graham Steadman, summed up the game saying “we lacked composure at important moments. Wharfedale put up a spirited display and on reflection the draw was a fair result”.

Wharfedale spent the first period of the game defending in their own half. Hull could not break the Dale defence which was its usual resolute self. If there was a moment of controversy it was about the new 50-22 rule. Hull gathered a clearance kick and a few phases later were back in their own half and a kick sent forward which bounced into touch in Dale’s 22. Hull got the put in at the line-out. Polite questions were asked by Wharfedale players but Mr. Davis was adamant that the ball was not taken back into Hull’s half. This is a difficult rule to navigate and has caused some problems this season on one or two occasions. 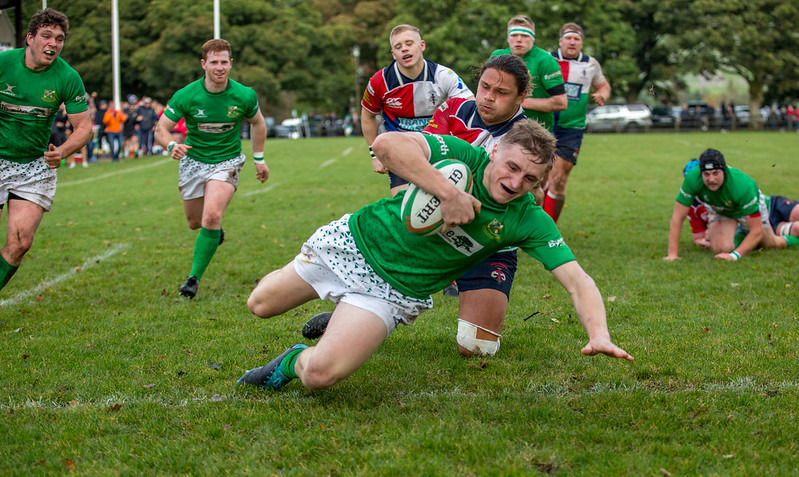 photo by Ro Burridge
Wharfedale took the upper hand when they drove Hull back at a scrum and were awarded a penalty outside their 22. A great touch kick from Tom Davidson gave the home side a line out on Hull’s22. The line out won, the ball was moved into midfield; quick second phase ball was moved right by Harry Bullough, carried forward by Rhys Green and George Altham, and space made for a Bradley Viner dummy and burst to the line to score an unconverted try.

Wharfedale then pressed home their advantage but could not add to their opening score. Dale were camped in Hull’s 22 but could not force their way over. A poor Wharfedale line out and an offside eventually meant that Hull were allowed out of their 22. Ben Smith slotted 2 penalties just before half time to give Hull a slender lead at half time. Dale deserved to be in the lead at half time and the lesson to be learnt is to be greener than green and not keep giving away penalties.

The visitors extended their lead in the second half with a catch and drive from a 5 metre line out, Josh Thundercliffe getting the unconverted touch down.

Back came Dale with 2 penalties from Tom Davidson to level the score at 11 all. Both sides added another penalty to finish an exciting match. 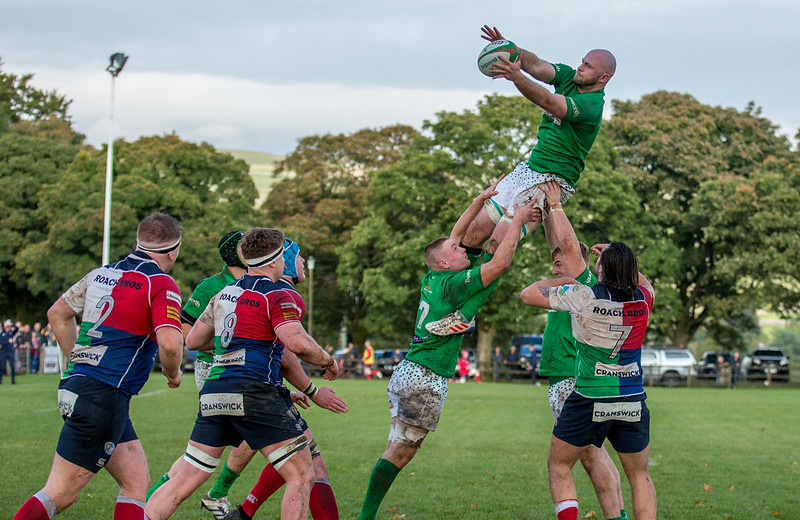 photo by Ro Burridge
Wharfedale could have won this match and a lot of the faithful thought that they deserved to win it. The 2nd half was a marked improvement on last week. The scrum was secure and helped Dale grow in confidence. Tom Davidson gained a massive amount of yards with his touch kicking, and it was this, added to his successful place kicking, that earned him the Star Man award in the Rugby paper.

There were other candidates on a day where the Green Machine dominated the scrum and the front row were very effective. Their best moment was on 63 minutes when they won a penalty (converted by Davidson) on Hull’s put in!

The rest of the pack worked hard all afternoon making tackle after tackle and always presenting the I’s forwards with problems.

Both sets of backs tried to spread the ball around on a dry afternoon, but both tackled well and covered the flanks to stop any threat developing. 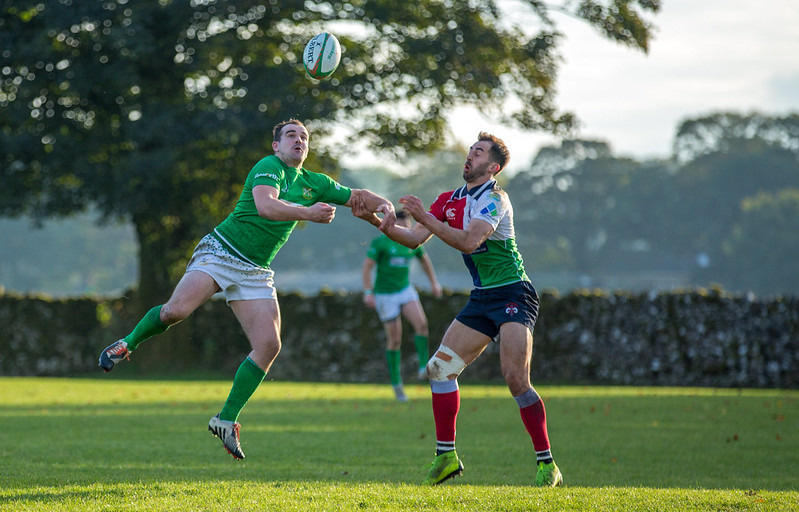 photo by Ro Burridge
Jon Feeley, Wharfedale’s Head Coach, commented after the game:
“A draw against a team coming down from National 1 and who lie high in the table is no underachievement. Yes, the boys are disappointed as the opportunity was there to take the win, but to get to this point against a very experienced and physical opposition shows quick progress, particularly for the younger boys who are rapidly improving. I am proud of how this group are reacting and we are learning, particularly about composure in key moments and the ways of relieving pressure. Those are difficult skills to master. Applying them on our longest away trip of the year next week will be a test I’m looking forward to”.