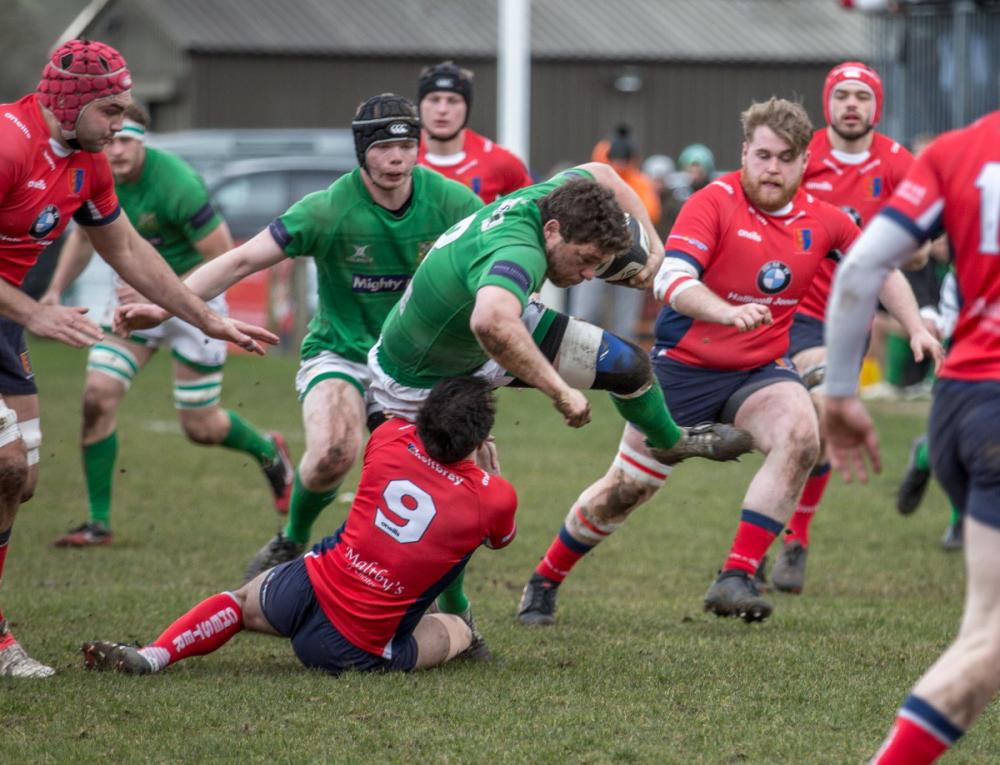 photo by Ro Burridge
Chester walked away with a win at the Avenue and it was their forwards that had put in a tremendous 80 minutes. They went through phase after phase, especially in the first half when playing into the wind. Often going through double digit phases; their longest possession was 38 phases. This made it hard for Wharfedale to get their hands on the ball and scoring chances were limited.

Wharfedale did have possession in the first 20 minutes and Dale took a six-point lead with two penalties from the boot of Tom Davidson. Handling errors were made in attack and Dale could not get over the whitewash.

After Dale had gone six points up the restart was retaken by Chester and then the war of attrition started. Twenty-one phases of pick and go before Dale forced a turn-over. Chester soon had the ball back and a scrum penalty touch kick took them into Dale’s 22. They won the attacking lineout and their forwards rumbled over after nine phases, Harry Wilkinson getting the touch down. Dan Pemberton converted.

Chester then went into lock down and ate up the clock with phase after phase. Making ground did not seem to be their main concern just keeping possession and running the clock down until half time. 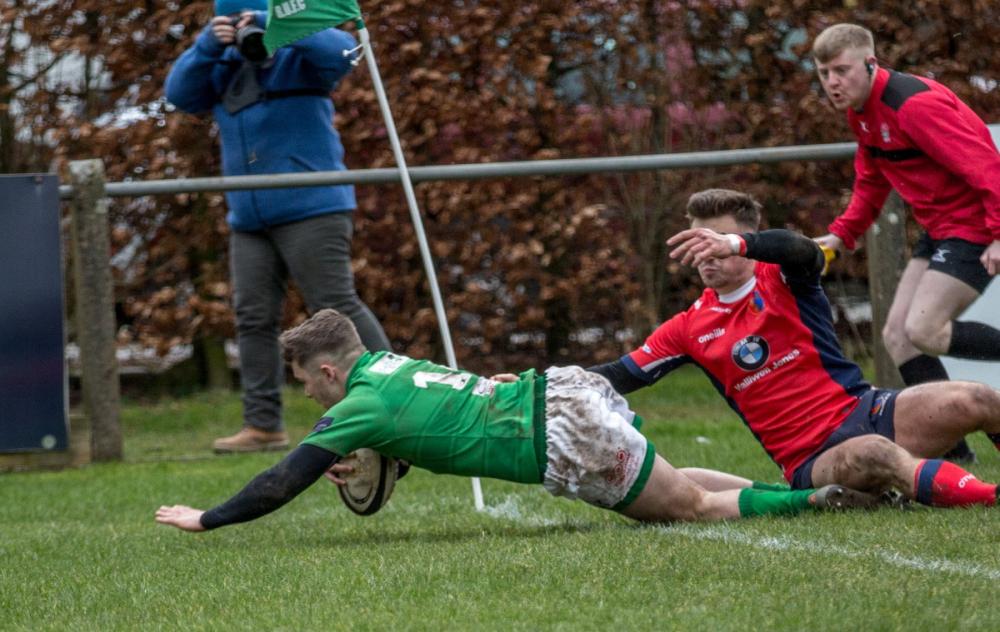 photo by Ro Burridge
Wharfedale’s backs showed their pace before half time when a break from Oli Cicognini down the left was recycled and moved right for Oscar Canny to score an unconverted try. This gave the home side a slender 11-7 lead at half time.

Chester opened the second half with another catch and drive to get Alick Croft over the line. Pemberton added the extras.

The visitor’s third try came from good handling by the backs and an unconverted try for Mark Dixon.

Dale did strive to win the game but their only reward was a Davidson penalty. Three points was scant reward for the effort put in by Dale in the closing stages when they came close to a try on more than one occasion. As it was Dale had to settle for the losing bonus point.

Chester’s one-dimensional approach won them the day. It is a tactic that is very hard to break down. Pick and go left, pick and go right, on and on. Short simple passes. Wharfedale tackled and tackled but they could not stop Chester dominating possession for long periods.

Wharfedale played some attractive rugby with Canny’s try a thing well worth the admission price. The Dale backs swept the ball left from deep and when the attack broke down quick phases followed and then the ball sent wide to the right to find Canny in space. 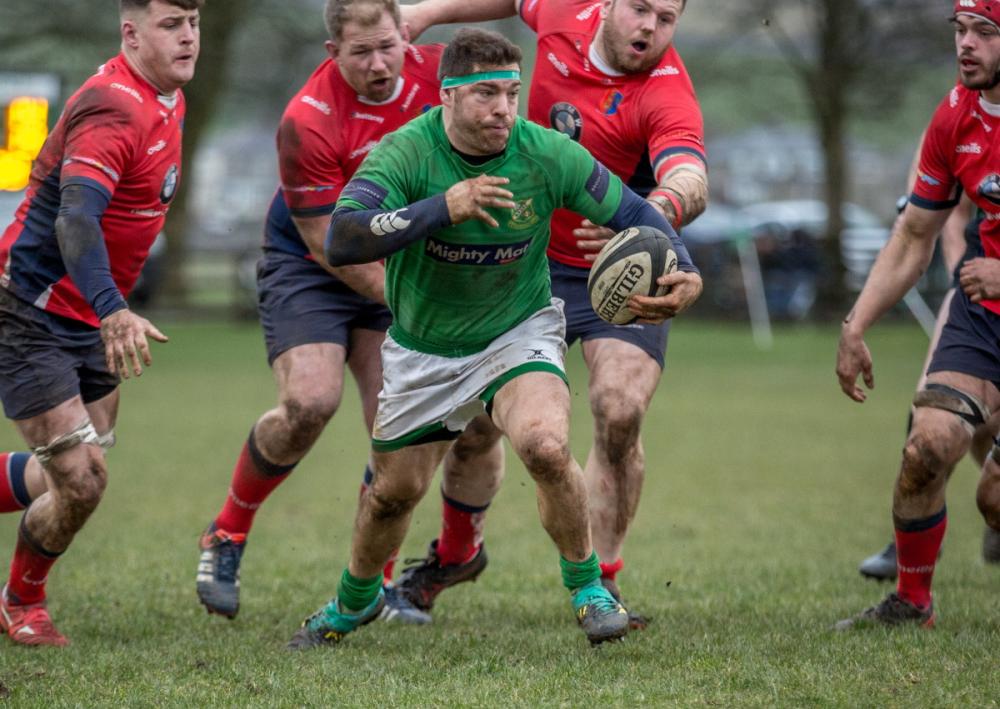 photo by Ro Burridge
Wharfedale Head Coach, Jonathan Feeley, reflected after the game that “A point feels unjust reward for a game in which we played the majority of the rugby and were very unfortunate to be on the end of a couple of crucial unfortunate decisions.

"I thought our movement was good and our defence needed to be strong against a very direct and uncompromising opposition pack. Skipper, George Hedgley, led by example, supported by standout performances from the likes of Matt Speres, Dan Stockdale and Jo Altham.

"Simon Borrill’s tackle count was also very high reflecting his work rate. I was impressed with how our whole squad of 20 made impact, with the bench able to impose themselves on the game and maintain our standards. Matt Beesley is returning to form and fitness which is promising and Louis Verity brought a direct running threat from first receiver.

"We're not going to sulk about what might have been, we will move on quickly and work harder in the week to improve”.