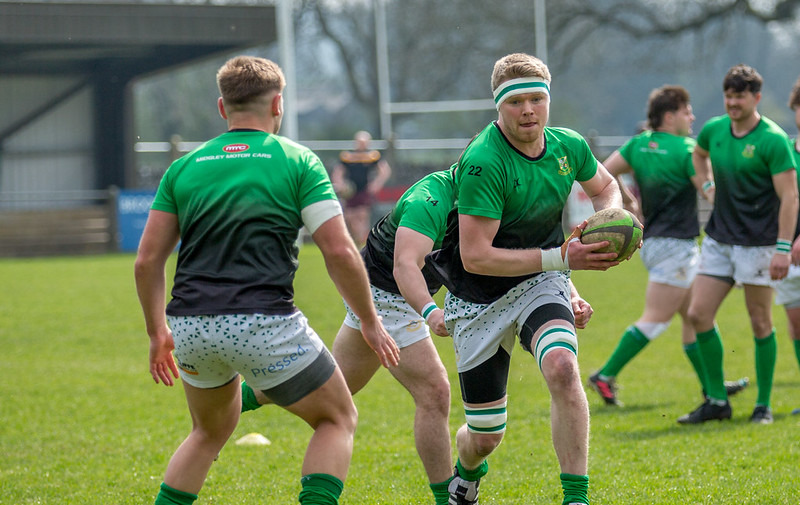 photo by Ro Burridge
A game of thrills and spills was enjoyed by a good crowd enjoying the sunshine and the rugby. Wharfedale were worthy winners and were good value for the 5-point win. Full credit to the visitors, Huddersfield, who kept going to the end and two late tries earned them two bonus points.

Wharfedale dominated the scrum and had copious amounts of possession but were also guilty of not being clinical when in scoring positions. Huddersfield No 8, Edward Brown, managed to get the ball out of a few retreating scrums, otherwise the visitors would have had even less possession.

But when we face such adversity our character as a club comes to the fore.
The opening minute could have been a blueprint for the match as Dale ran the ball from kick off and some good handling took them up to half way before over complication lead to a spill and a Huddersfield scrum. The Green Machine drove the Field 8 back and won a penalty.

Dale opened the scoring with a Tom Davidson penalty. Sam Nunn crossed the whitewash for Huddersfield, Will Milner’s conversion took them into a 3 -7 lead. Minutes later Madison Hunting crossed for Wharfedale for an unconverted try and then Milner nudged Field back into the lead with a penalty. Dale retook the lead before half-time with a cracking try from Rian Hamilton. Davidson converted to make the score 15 -10 at the break. 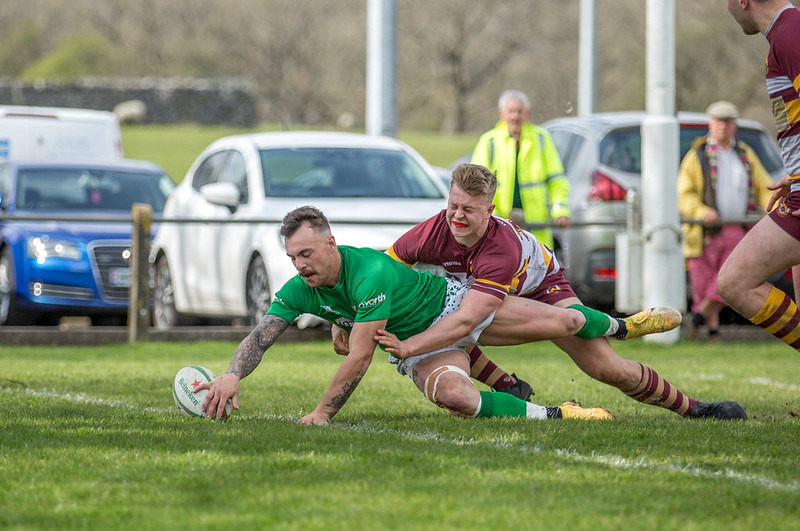 Will Lawn scored two more tries for Dale and, with Davidson converting one of them, Dale had a 20-point lead. Huddersfield kept going and Lewis Bradley and Edward Brown grabbed the two late converted tries. 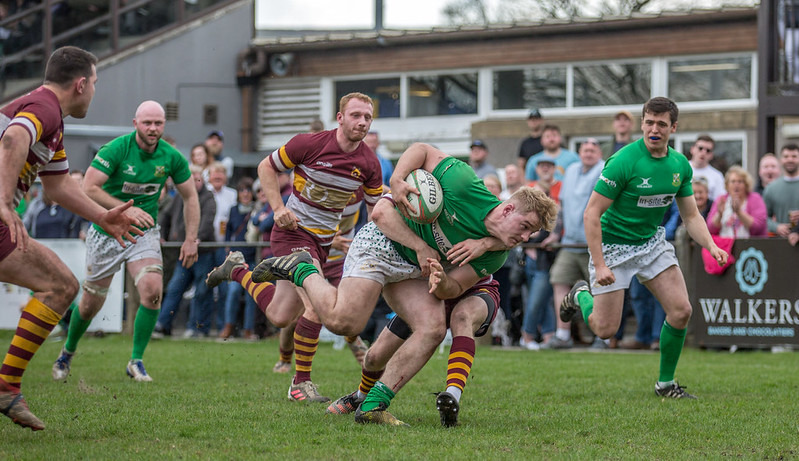 photo by Ro Burridge
Madison Hunting continued to show superb progress and despite some god performance from other team members was a popular choice for Star Man in the Rugby Paper. He played another match where he was fully involved in all phases of the game. Tackling, jackaling and ball carrying and notching up another try. His throwing in at the line out was nigh exemplary.

All the backs showed flair and skill many times during the game with Harry Bullough being awarded his 100th Cap after the match. The pack again put in a solid shift at the coal face. Dominant in the tight, efficient in the line-out and working hard in all other phases.

Next week sees the last away match of the season and a trip over the top to Harrogate. Gate took a rest last week as they could not field a front row but their website said “The season-highlight Wharfedale game at home on 23/4 will go ahead as planned.”