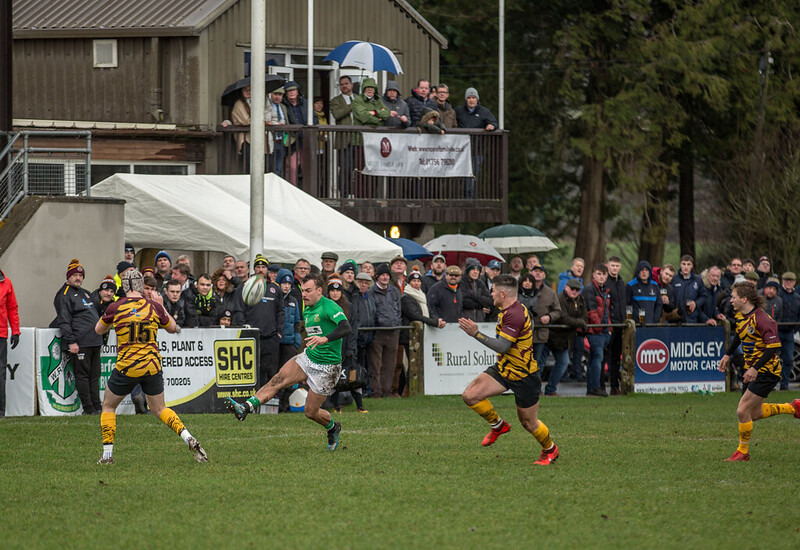 Jamie Broadley, Sheffield Tigers Head Coach, said after the game:
“It had been a very gritty game which could have gone either way. We were lucky to find the decisive moment and score the winning try”.

These words were echoed by Wharfedale Head Coach, Jon Feeley, who said:
“It looked like two teams who had had a three-week break. It was won by two championship players who combined to create a superb try in the dying minutes. The result, in the end, was very disappointing as the lads put in a lot of effort but lacked accuracy at crucial moments.”

Wharfedale did dominate the set piece, although Tigers did seem to get something going at the scrum in the last phase of the game. It was a game riddled with handling errors by both sides so not a match to enjoy.

This was a match played without too much enthusiasm from the players and even less from the spectators. The normally fierce, vocal crowd at the Avenue were somewhat muted.

Dale started well early kicks were exchanged and Will Davidson sent a long clearance kick which bounced into touch just short of the visitor’s 22. Sheffield knocked on in the line but Dale could not take full advantage so the scrum was awarded. A good shove from the Green Machine was rewarded with a penalty and Tom Davidson slotted from 23 metres. 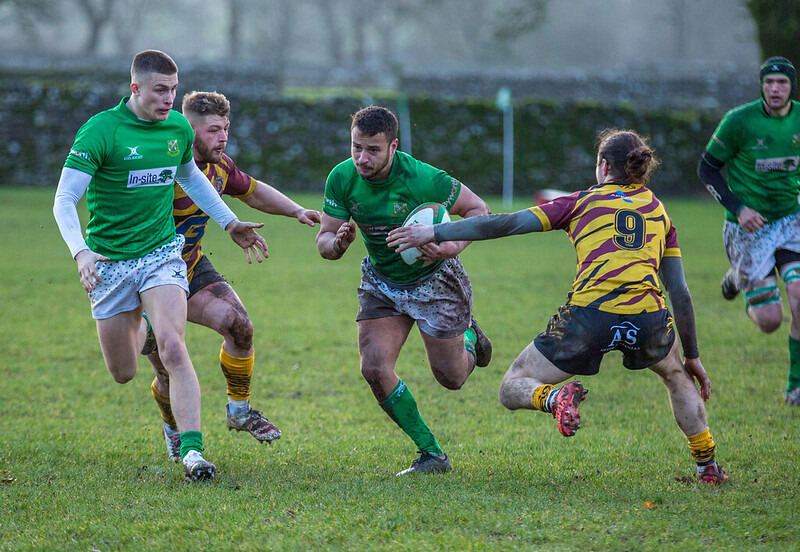 photo by Ro Burridge
It was Tiger’s making mistakes and Dale soon had good possession after the restart. From a knock-on Dale moved the ball right into the hands of Rian Hamilton. The winger carried the ball forward and then chipped ahead. A good chase meant that Sheffield had the ball 5 metres from their line. After a couple of phases they cleared, but only up to their 22. Dale failed to capitalise and Sheffield cleared.

The visitors stuttered into an attack but could not get into Dale’s 22. A loose ball was hacked forward by Oscar Canny who followed up well but the ball just evaded the 2nd hack and the attack looked to have ended. A needless bit of obstruction by Sheffield, however, gave Dale a penalty. Up stepped Tom Davidson to notch up another three points from 43 metres.

The rest of the first half was just simple frustration with Wharfedale seeming not to have a game plan in action. The defences of either side were never really threatened as the attacks from both teams never (until the end of the game) threatened the line. Sheffield’s three points came from a scrum penalty and they went in at half time only three points adrift.

A break from Rian Hamilton showed promise but some cynical play by Scott Connor ended the move. Mr. Connor enjoyed a 10-minute rest for his troubles. 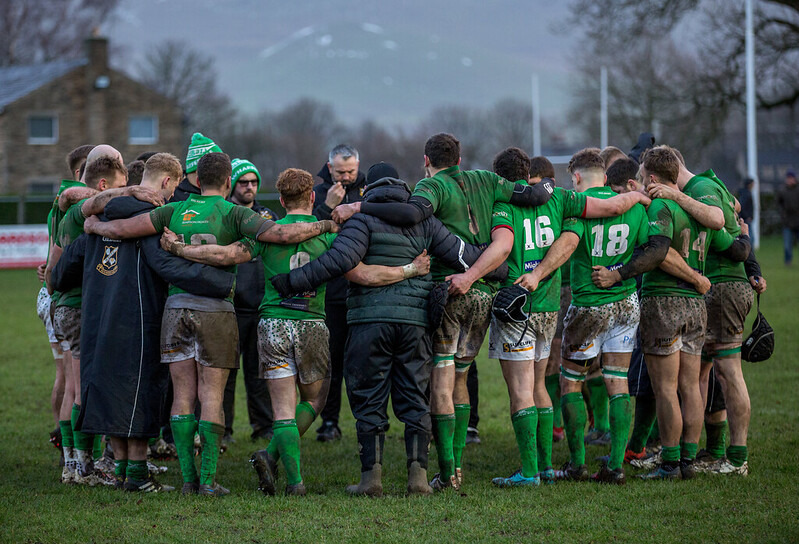 photo by Ro Burridge
The second half carried on where the first half finished. There was not much exciting or flowing rugby to mention. Both sides notched up a penalty.

The Tigers’ try came from a break from Wharfedale nemesis, Jamie Broadley, a good off-load saw Robbie Davidson take the ball up to Dale’s 22, and it was finished by Curtis Wilson. Wharfedale did summon up enough strength to have a go at the visitor’s line with the last action of the game but the driving maul ended up short and the match was over.