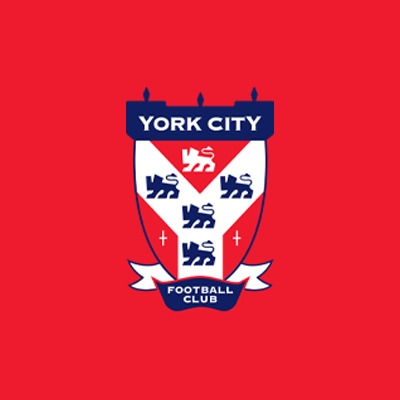 A night under the lights at the LNER Community Stadium ended in misery for York City with Hereford snatching all three points.

Coming into tonight’s game, only one change had been made by Steve Watson with Kurt Willoughby replacing the injured Sam Fielding.

York started on the front foot, their first chance coming only 3 minutes in when Matty Brown’s header was inches wide. Inside the first 10 minutes, chances kept on coming for the home team, courtesy of Mackenzie Heaney’s corners.

However, Hereford made their start in the game in the 10th minute when they constantly attacked down the left wing, creating chances that weren’t put away.

Midway through the first half, Mark Beck flicked the ball through to Michael Woods whose powerful effort forced Brandon Hall into a great save, palming it wide.

Five minutes before the interval, Hereford’s Kouyhar tried a spectacular shot, curling the ball just over the top of the net. At the other end, Mackenzie Heaney also had a chance before the break, testing the keeper yet again who expertly tipped it over the bar.

It was end to end stuff in the first half, with City probably having the better opportunities but Hereford also threatening too.

Early on in the second half, Pete Jameson was forced to make an excellent save, denying Levi Andoh after a loose ball from a corner couldn’t be cleared.

A couple of minutes later, Tom Owen-Evans had a headed effort from close range that in the end met Jameson’s hand in a super diving save, stopping the visitors from taking the lead.

The climax of the game occurred in the 57th minute when substitute Harrison Hopper, who had played very well since entering the field, was brought down inside the box, resulting in a clear penalty.

Referee Adam Williamson didn’t hesitate to point to the spot and set the Minstermen up with a golden chance to take the lead.

It was top scorer, Clayton Donaldson who stepped up for York. The striker had scored in four consecutive matches and was looking to make it five from the spot. Unfortunately for Donaldson, Hall went to his left and guessed right to punch out the spot kick and dampen the spirits of the home crowd.

Midway through the second half, Akil Wright came so close with a header for City, connecting with Olly Dyson’s corner but frustratingly, it just wouldn’t go in.

The hosts kept attacking however, with Heaney sending countless balls into the box but all ended up being scuffed chances and hope started to run out.

With 12 minutes on the clock, Josh King played a ball back to Pete Jameson who was instantly put under pressure and tried to play it back out quickly but it ended up being a horror pass for the goalkeeper, giving it straight to their main threat Owen-Evans who took it round him and slotted home into an open net. Hereford were the team to finally break the deadlock and it summed up York City’s performance overall on the night.

The South Stand erupted in the 89th minute when Clayton Donaldson scrambled the ball into the back of the net and thought he had equalized but celebrations were cut short by the linesman with his flag raised for offside.

In the four added on minutes, City had one last chance which fell to one of the best performers of the night, Heaney but he couldn’t convert his volley and agonizingly smashed it inches over the crossbar.

A fourth defeat of the season for the Minstermen leaves them in 12th place, but attention will be turned elsewhere on Saturday when York City take a break from the league and host Whitby Town in a Yorkshire derby in the FA Cup Third Qualifying Round back at the LNER Community Stadium (3pm KO).