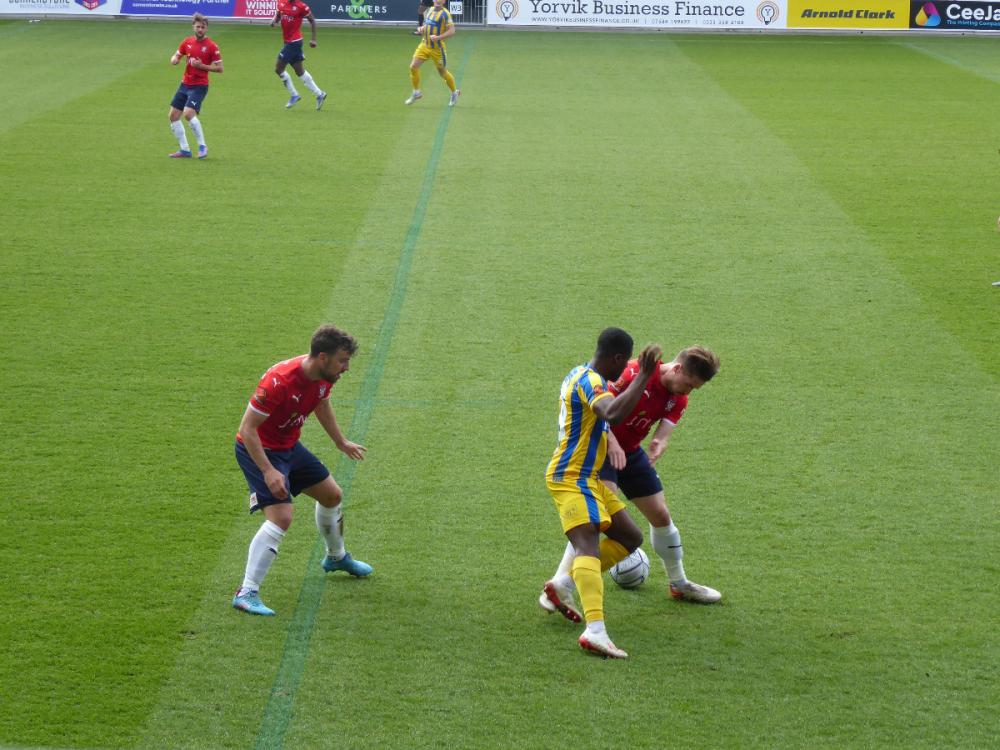 York City were looking to regain momentum in the playoff race, after a poor spell finally ceased on Tuesday night, a 2-2 draw being played out at Chorley.

John Askey’s Minstermen lined up with Michael Duckworth coming back into the team as Paddy McLaughlin dropped to the bench, reverting the side back to a 4-3-3.

Spennymoor almost silenced a roaring York City crowd early on, when Rob Ramshaw put it on a plate for experienced striker Glen Taylor, but from point-blank range, Taylor managed to fire it wide of the target.

The result is a huge one for York City as they claimed a first win in five.
Seventeen minutes in, and Taylor looked to have given The Brewers the lead once again from a corner, but only for Lenell John-Lewis, who managed to get his head in the way and clear the looping header off the line.

With 25 minutes played, Spennymoor found themselves in on goal once more, and no surprises in who had the chance - Taylor failed to send the travelling fans into delirium for the third time, dragging an effort narrowly wide of Pete Jameson’s goal.

The way things were going with ten minutes until half time, chances of a ‘Good’ Friday for City were slowly decreasing as the away side came even closer with a half volley from Ramshaw striking the crossbar.

The second 45 started very quietly with neither team having much more than a half chance, however the 66th minute marked a very controversial decision from the referee. 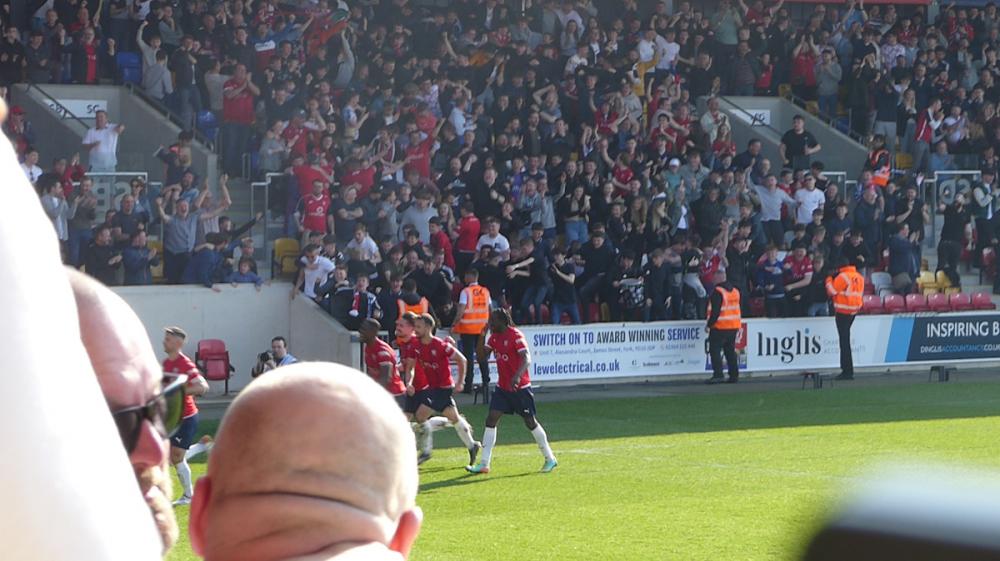 A great ball in from York’s Olly Dyson found the head of Akil Wright, who headed it back to Matty Brown, and the captain looked to have been hacked down on the edge of the box. With Brown booked for an alleged dive and the decision given against him, the referee was greeted by shouts of frustration from the masses of home supporters.

Despite that, The Minstermen took advantage of Spennymoor’s missed chances and took the lead on 82 minutes as a free kick was headed back out towards Dyson, who tried an acrobatic effort which set up new man Maziar Kouhyar to convert at the far post and give York a late lead.

The result is a huge one for York City as they claimed a first win in five. It keeps them in 6th place, a point inside the playoffs and now look to finish the season off in style, as The Minstermen travel to Alfreton post-Easter in their sixth-final game of this campaign.