A pitch invasion at the final whistle meant York City had secured a playoff spot, whilst Fylde settle for 3rd. 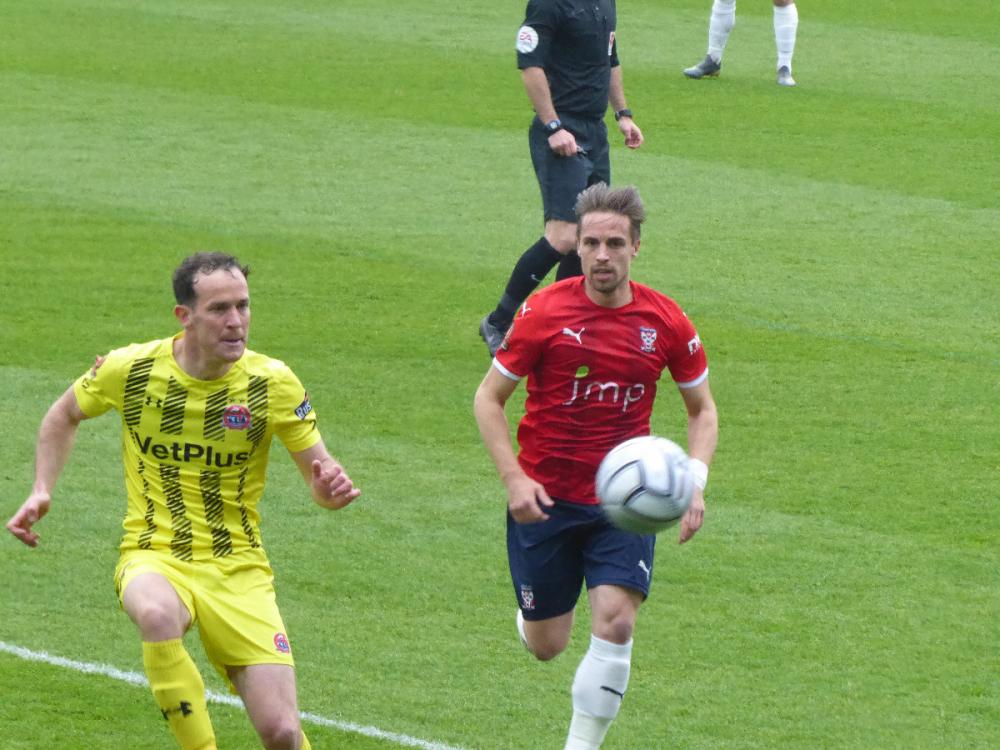 After squandering several good chances throughout the first, York's John-Lewis finally found the opener, with a glancing header into the bottom corner, seven minutes before the break.

A rare Fylde chance just after the half hour mark, ended in a neat driven finish coming from Ben Tollitt.

Then, in the 68th minute, Mitch Hancox latched onto a through ball and struck his trademark finish into the bottom corner to win the game for the hosts.

After recording back to back away wins, York hosted AFC Fylde, needing three points to guarantee a playoff spot, whilst Fylde were in need of just one to seal third place.

Unlike Fylde’s ten changes, The Minstermen only made two, with forwards Kurt Willoughby and Clayton Donaldson dropping to the bench, whilst Lenell John-Lewis started up top with Jack McKay on the wing.

York started on the front foot, John-Lewis with a wild attempt from the edge of the area two minutes in, but unfortunately for him, it drifted wide of the target. John-Lewis came close again six minutes later, finding himself in on goal, but his tame effort was easily held by Bobby Jones.

Not long after, it was the visitors’ turn to threaten - Fylde’s Luke Joyce picked the ball up just inside the box and tried a driven shot, which only just missed Pete Jameson’s left post.

Home fans were holding their breath in the hope that they may have scored this time around, 15 minutes in. A free kick from Scott Barrow found the head of John-Lewis, and his looping header misled the ‘keeper, but he was unable to convert once more, as it landed on the roof of the net.

The hosts had been the better side by a country mile in the first half, but just couldn’t put the ball in the back of the net, with York’s front man having yet another great chance, but striking the side netting from close range.

City were given another opportunity, 11 minutes before the break, and it was Jack McKay with it, his flying effort from the edge not too far off the goal. Seconds later, a ball into the box found a red shirt, but the shot was deflected, falling to McKay who fiercely struck it against the post.

A long-awaited York opener finally came in the 38th minute - who other than John-Lewis to score it? Maziar Kouhyar beat his man on the wing, and whipped in a brilliant cross to find the head of the City striker, and there was absolutely no doubt in him glancing it into the bottom corner.

The first chance of the second half fell to Fylde’s Ben Tollitt, who let fly from range, his shot just inches over the crossbar.

Then The Coasters found what they were looking for, just after the half hour mark. Tollitt was on the ball again, and from just outside the area, he drove it nicely past Jameson and into the corner.

It didn’t take long for The Minstermen to regain their lead though, as Mitch Hancox latched onto substitute Kurt Willoughby’s through ball, and from a tight angle, completed the job with his simple trademark finish, sparking euphoria in the home end.

Tollitt came extremely close to levelling the score in the final five minutes, but newly crowned ‘Clubman Of The Year’ Pete Jameson stood strong and came out on top in the 1 on 1, to deny the Fylde midfielder a second goal.

Despite six minutes of additional time, City still managed to hold out and secure a playoff spot for the second time in National League North, fans invading the pitch as a result.