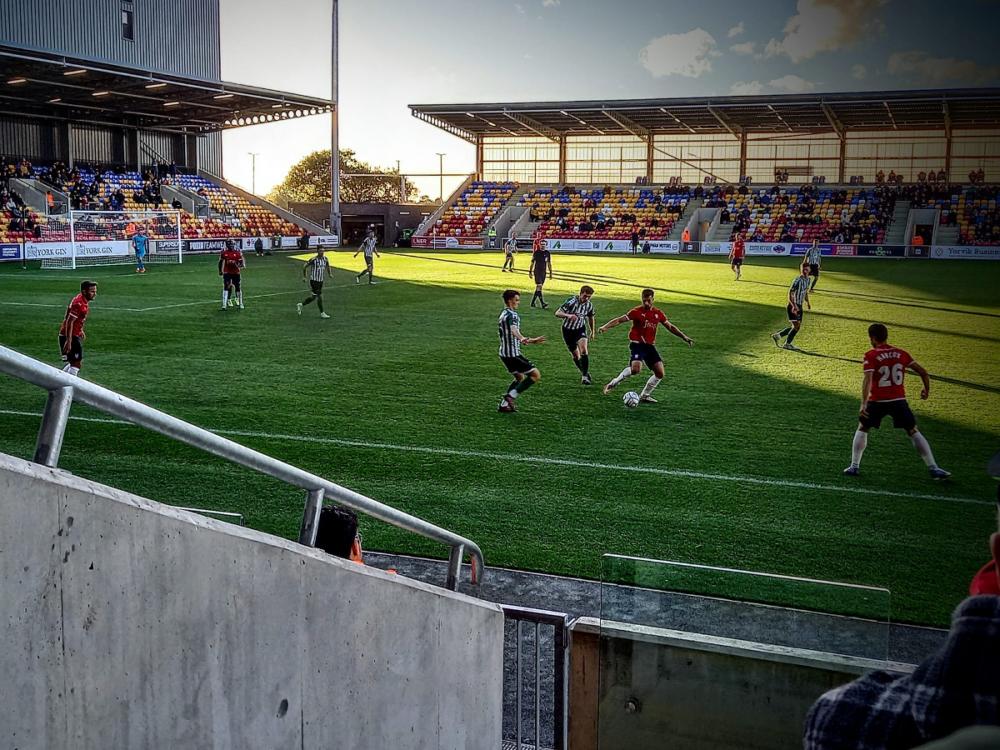 City set spirits high last Saturday after a crucial win versus Chester, however a midweek game at Boston led to The Minstermen falling to their 5th defeat of the season. Blyth Spartans visited the LNER Community Stadium which was the perfect opportunity for City to bounce back against a team with no league wins in the last 8. New loan signing Mitch Hancox walked straight into the starting lineup for York and former Minsterman Dan Maguire started for Blyth.

It couldn't have been a better start for York City as they got on the front foot with only 2 minutes played. Like the consolation goal at Boston, the early goal came from a Clayton Donaldson long throw. The throw found Paddy McLaughlin who slotted home unmarked at the back post.

City almost found themselves 2-0 up through Kurt Willoughby when he had a low shot which was heading in but goalkeeper Alex Mitchell managed to turn it over with his feet. Pete Jameson in the York goal was also tested early on too, diving to keep a Blyth long shot out.

It wasn't long before it actually was 2-0 to The Minstermen and it was defender Matty Brown who found the back of the net this time. The York captain picked up the ball and fired in a shot on the turn which took a slight deflection on its way in to double the lead.

The hosts were cruising and their goal scoring rout continued on 27 minutes, Mackenzie Heaney getting on the score sheet and Donaldson claiming his second assist of the day. The veteran striker drove down the left hand side and played it across to Heaney who struck past the 'keeper to make it 3 at the half time whistle.

Kurt Willoughby grabbed the fourth and final goal of the game in an outstanding team performance. His first goal since THAT hat trick came from Olly Dyson's low cross into the box where Willoughby was there waiting, and tapped it home from close range to extend the lead for The Minstermen.

It could have been more for York but the referee put Blyth's misery to an end, York City recording a win against a team that performed poorly on the day. The win sends the team back into 7th and back into the playoff places. 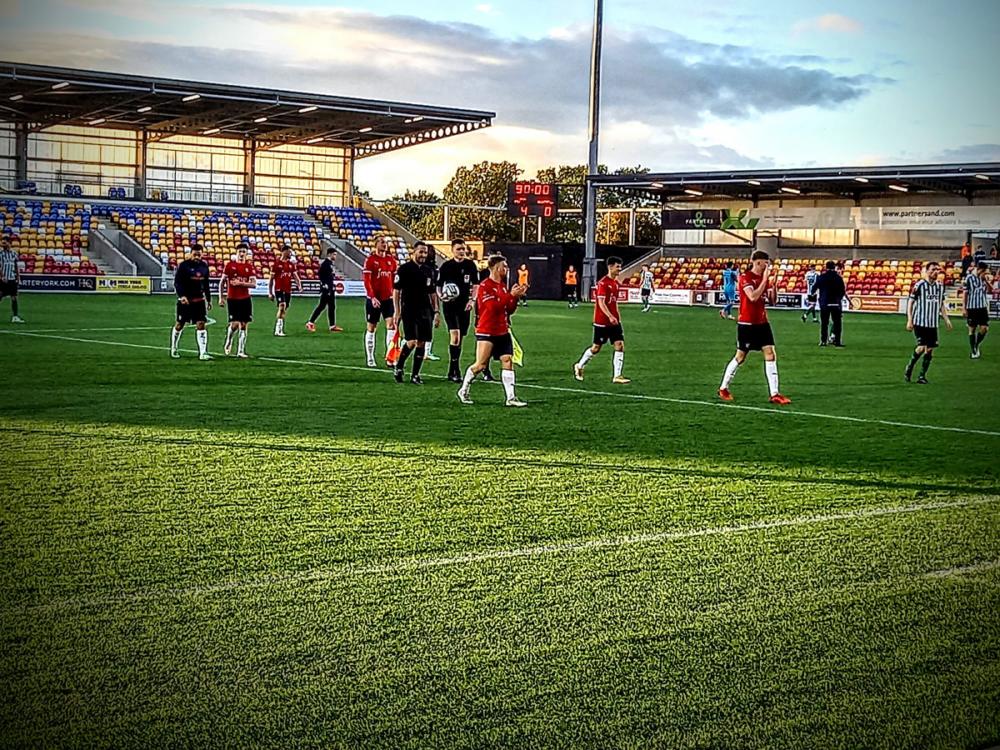 After the game, manager Steve Watson saw the scoreline as a "reminder of what they are capable of.”

Next week, attention is switched away from the league as Buxton visit the LNER Community Stadium in an Emirates FA Cup First Round tie where The Minstermen will play in a bid to qualify for the next round.fy for the next round. It will be played on Saturday 6th November (3pm).