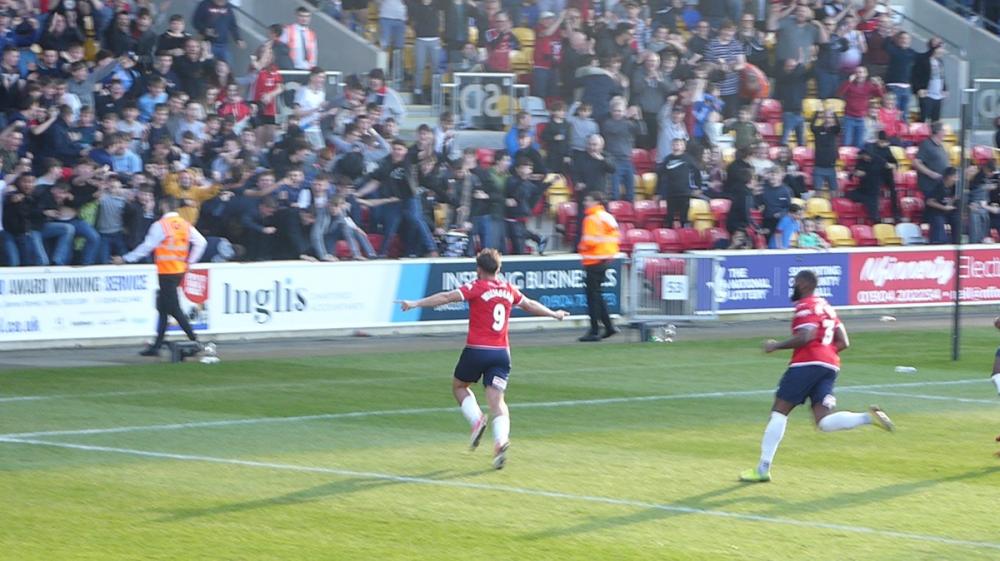 Kurt Willoughby brightened up a dull game with a spectacular free kick to claim all three points for York City against an under-par Leamington.

York City had to be seen as clear favourites when they took on Leamington at the LNER Community Stadium on Non-League Day, despite losing their 12-game unbeaten run to Boston the previous Tuesday. However, Leamington was not to be underestimated as they had won the past two meetings between these two sides and had only ever been blanked in the City of York once.


But then, in the 64th minute, it was Willoughby’s time to shine. He stepped up to take a free kick from just outside the box and completed the task successfully...
City last faced The Brakes in November, on the day when manager John Askey was appointed as assistant. He ended up witnessing a horror show as The Minstermen fell to a 2-0 defeat. Dan Turner opened the scoring on 5 minutes before Kelsey Mooney put the game out of reach before half time. With Askey making his caretaker manager role permanent on Thursday, he will hope to drive his team to a win and continue to solidify a playoff spot.

Clayton Donaldson returned to the bench for City, whilst Jack McKay was left out of the squad completely. Another key change to the York lineup was Remy Longdon starting for the first time since his heart palpitations.

The first chance of the game was squandered by York’s Paddy McLaughlin who took one touch too many after Michael Duckworth squared it to him. 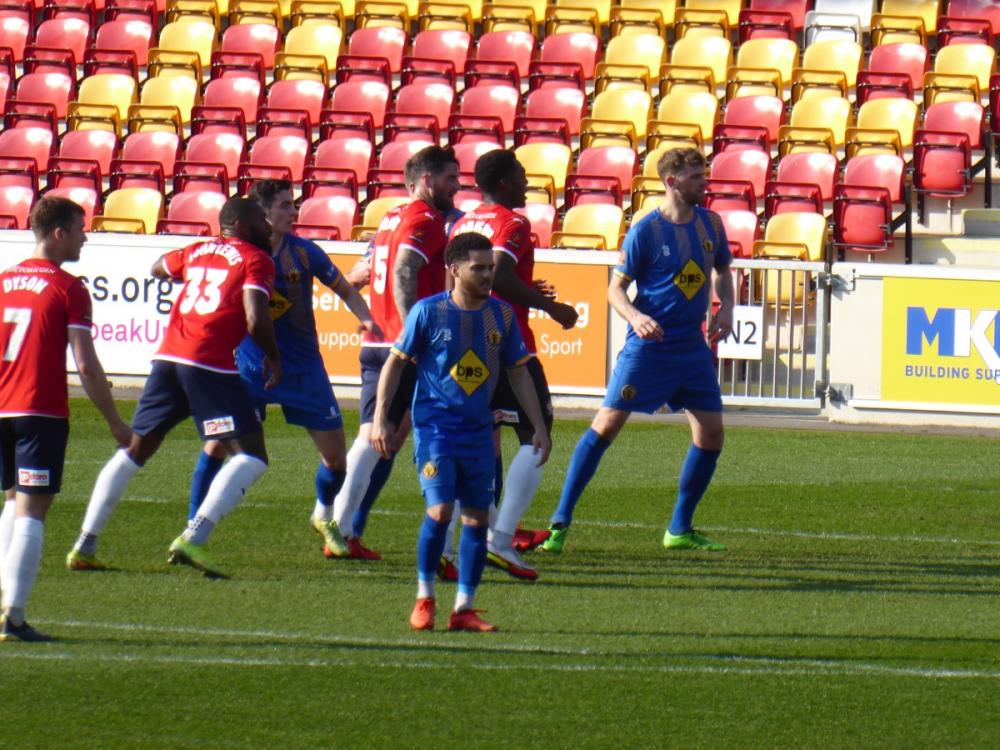 It took until the 22nd minute for another chance to emerge in a quite monotonous first half when Matty Brown’s header from an incoming corner flew just inches over the bar.

Lenell John-Lewis did well to win a free kick on the edge not long after, which was hit by Scott Barrow, who came very close, missing Callum Hawkins’ right-hand post.
Failing to keep hold of the ball, City let Leamington in just before the half hour mark, as Dan Meredith’s curling effort deflected out off the head of a York man.

Shortly before half time, John-Lewis had what was probably the best chance of the first 45, his header forcing Hawkins to tip over the bar.

Unlike other teams who had come to York and sat back, The Brakes came to play some proper football and almost made an impact after returning to the field when Charlie Williams broke into the box but had his shot blocked by a red shirt.

The Minstermen looked to make an opportunity from distance count, when half time sub Kurt Willoughby tried his trademark curling shot which was blocked, and fell to Olly Dyson who skied it over the bar at the second attempt.

Still pushing for that vital opener, the hosts were denied as a tame effort from Scott Barrow was easily saved and then Willoughby’s curler yet again failed to hit the target.

But then, in the 64th minute, it was Willoughby’s time to shine. He stepped up to take a free kick from just outside the box and completed the task successfully, striking it into the top corner to break the deadlock.

In an attempt to find an unlikely equaliser, Leamington’s Joe Walker tried a fizzer from the right, but completely failed and sent it across the field rather than into the back of the net.

Then, down the other end, Olly Dyson almost had the second, but his driven effort frustrating crashed against the post.

He couldn’t find the goal yet again for York, his header having to be tipped over by the visiting ‘keeper.
That was the last of the action and City went home happy whilst Leamington could be disappointed with not getting a result.