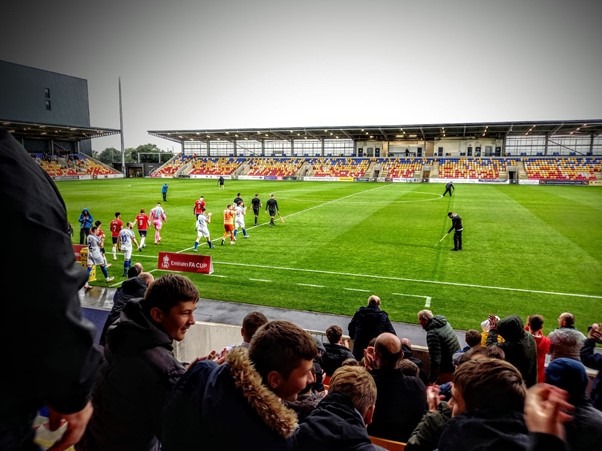 Clayton Donaldson was the star of the show in today’s Yorkshire clash in the FA Cup, providing two goals to secure York City’s name in the hat for the next round.

Three changes from Tuesday's disappointing loss means Beck, Willoughby and King all make way for Hopper, Gilchrist and McLaughlin. Josh King is out completely, the other two dropping to the bench. For the away side, the majority of the Whitby starting XI are all former York players meaning fans will see a lot of familiar faces today.

It was a bright start for York City with Jason Gilchrist having an early chance from a corner and Clayton Donaldson also having his shot deflected just wide of the post.

However, he soon capitalised on a chance when after only 16 minutes, Heaney’s shot was saved and Gilchrist couldn’t convert from point blank range but Donaldson was there to follow it in and put City 1-0 up.

Almost a response from the Seasiders when Jacob Hazel latched onto a mismatch in defence and had a curling shot which Pete Jameson saved magnificently.

A few minutes later, at the other end, top performer Olly Dyson had his own chance to try a curling shot and test Shane Bland who saved it.

31 minutes gone and Michael Woods went on a great run down the left hand side, squaring it to Donaldson who scored with his second attempt, yet again! The in form striker now has a tally of 7 goals in 7 games which is incredible.

Shortly before half time, Olly Dyson had his effort saved out for a corner. But the final chance of the first half fell to Whitby’s Hazel who struck but Jameson made a cracking save with his feet. 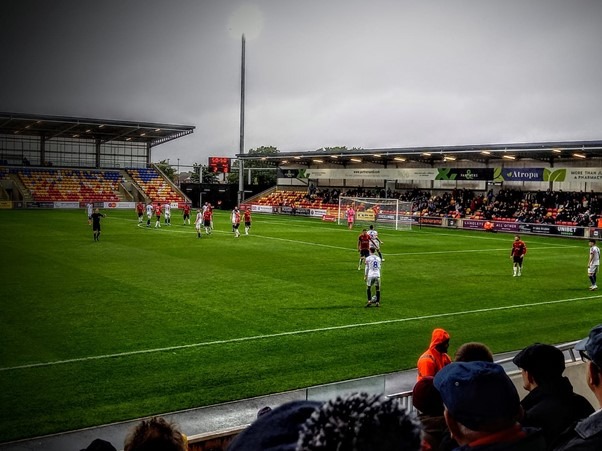 The Minstermen also started the second half on the front foot, Harrison Hopper tried an excellent swerving shot but Bland got his hand to it to tip it away.

Former York man Lewis Hawkins broke through on 47 minutes, looking to half the deficit but could only smash his shot wide of the post.

The home side had a great chance but Shane Bland’s toe frustratingly stood in the way of Clayton Donaldson bagging the match ball.

Clearly end to end so far in the game as the next chance comes back to the visitors. Marcus Giles forced the York City goalkeeper into another save with his feet from close range, Whitby’s chances not enough for a goal.

Donaldson took control yet again with his shot but couldn’t put his chance away for a hat trick which he is still somehow waiting for on his return to York.

Michael Woods tried his luck at breaking the Whitby wall but failed with a hand with Bland stopping him. 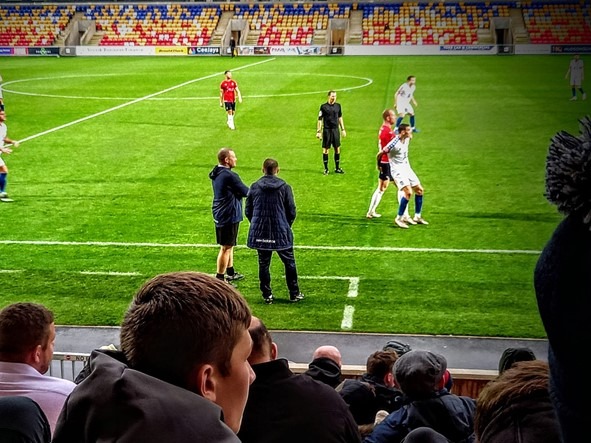 Mackenzie Heaney’s shot also was saved and held by the ‘keeper, turning out to be the final attempt.

York City assistant manager Micky Cummins shares his view on the win against Whitby: “On the pitch we created a bit of a buzz and a bit of quality.”

This win means that City are through to the Fourth Qualifying Round of the FA Cup, the draw taking place on Monday at 3:15pm where the National League sides come in. In the meantime, the Minstermen will look to build on a positive performance in the league at home to Southport (3pm, Saturday 9th October).