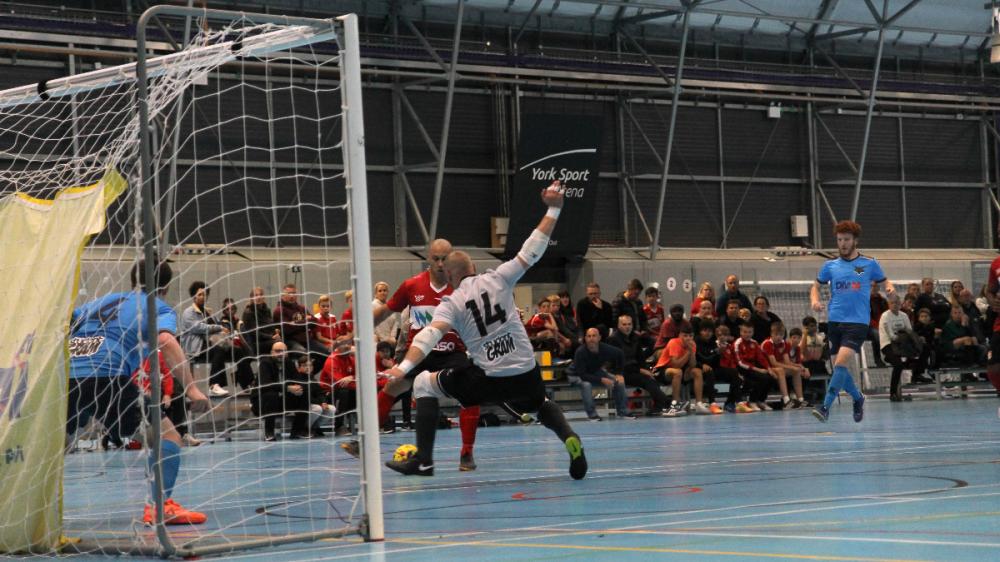 York Futsal returned to the York Sports Arena on Sunday in a thrilling match against Leicester Futsal. York had the better of the opening exchanges with Leicester happy to defend half court and concede possession.

Chances came quick and fast for York with Mychaell da Silva having a shot saved after combining with Tom Blackburn down the left wing, and Thiago Bucci shooting wide from the right after a neat set up from Ramiro Monge.

Leicester for their part were content with making headway through long balls down the York wings, but found it difficult to create clear cut chances. On 16 minutes Leicester almost made a breakthrough as a long ball resulted in a one-two from which Hasan Faraji shot but York keeper Jony Weng blocked well.

The best chances for York in the first half came from a smart counter attack after York Academy graduate Jed Devine stole the ball from a Leicester kick in deep in York territory and played it wide to Bucci whose return ball was struck well by Devine but saved by Leicester keeper Ryan Tilley, and moments later Devine found himself played in again this time by Tom Blackburn only for the keeper to once again pull off a brilliant save.

It seemed only a matter of time before York would go ahead, but it was Leicester who surprisingly broke the deadlock with 5 minutes remaining of the half. With York in possession at half way, Leicester pounced on a misplaced pass and played in Faraji once again who this time neatly slotted the ball past the onrushing York keeper.

By now, York had reached 5 fouls and, with the potential for conceding penalties, their defending became more passive and the game saw both teams trading blows, but without any attempts really threatening either keeper.

York did hit the Leicester post after a fierce shot from Angus Crossan, but it was not enough to stop Leicester going into the break ahead at 1-0.

The second half started much the same with York in possession and Leicester, defending resolutely, looking for opportunities to counter. The first of which came on 16 minutes as Leicester counter attacked after a York kick in with a shot saved by the York keeper, and York's chances were mainly long range efforts. 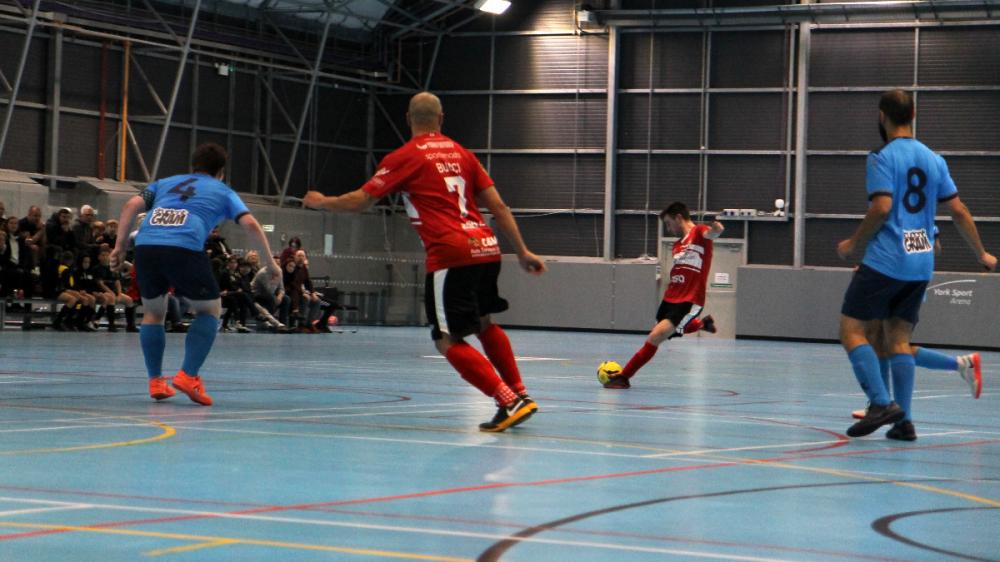 This all changed on 14 mins as York won a freekick close to goal and Tom Blackburn, who looked to be taking a direct shot, neatly played the ball to Bucci who rifled the ball into the net.

The excitement continued with York going ahead for the first time only 30 seconds later as Bucci controlled a long ball clearance and played in Devine whose fierce shot was saved well by the keeper, but could only be parried to the on running Tom Blackburn to tap over the line. 2-1 York.

Just as the crowd sensed a York victory, in another frenetic minute of play, Leicester equalised through a contentious goal on 12 minutes with a ball played into the York box towards Nathan Ritchies, who seemed to clearly foul the York keeper, but with no whistle coming managed to flick the ball into the net.

Just at a time when York needed to find some composure, they created further problems for themselves as Leicester, straight from the York kick off, stole the ball and Heitor Ferreira produced an incredible shot from distance into the top corner of the York net. 3-2 Leicester.

To their credit York didn't allow their heads to drop and continued to keep most possession and construct chances. The best of which came from Monge who struck the bar twice from long range, and from a free kick played to Bucci near the goal line that seemed certain to be turned in but ran out of play.

Bucci wasn't to be left wanting though as he levelled for York with 5 minutes left on the clock after a quick kick in from Monge allowed him to hit a shot high into the Leicester net from wide taking the game to 3-3. 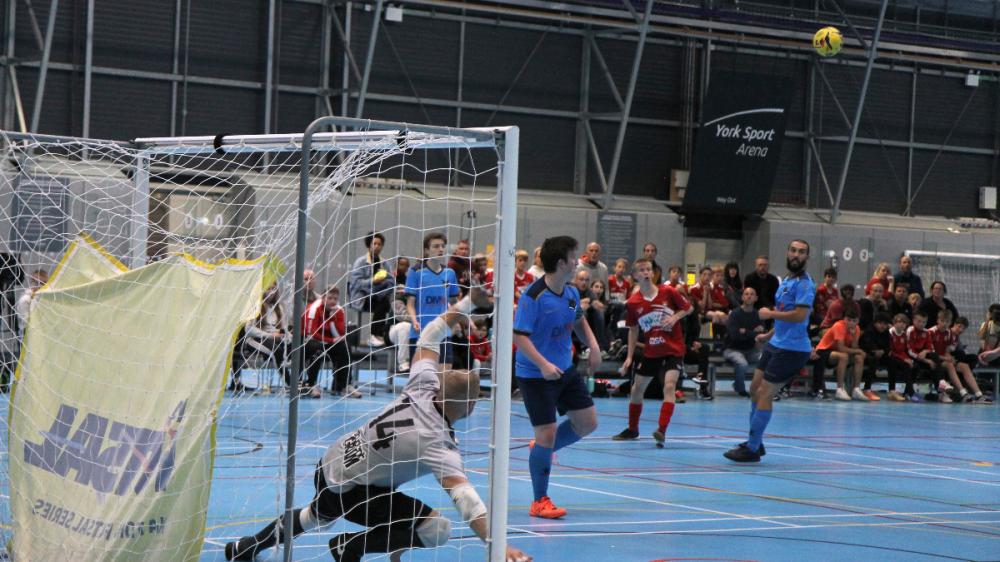 The final minutes saw York push for the win, but they couldn't find the net again in a game which they will look back on as two points lost.


After the game head coach Junior Roberti had this to say:
'Thank you so much to all the supporters who came today. It was so great to see them again, and I only wish we could have given them the three points they deserve. I congratulate Leicester for taking all of their chances, but we need to look to ourselves as to why we could not do the same and to work on our individual errors which probably cost us victory'.