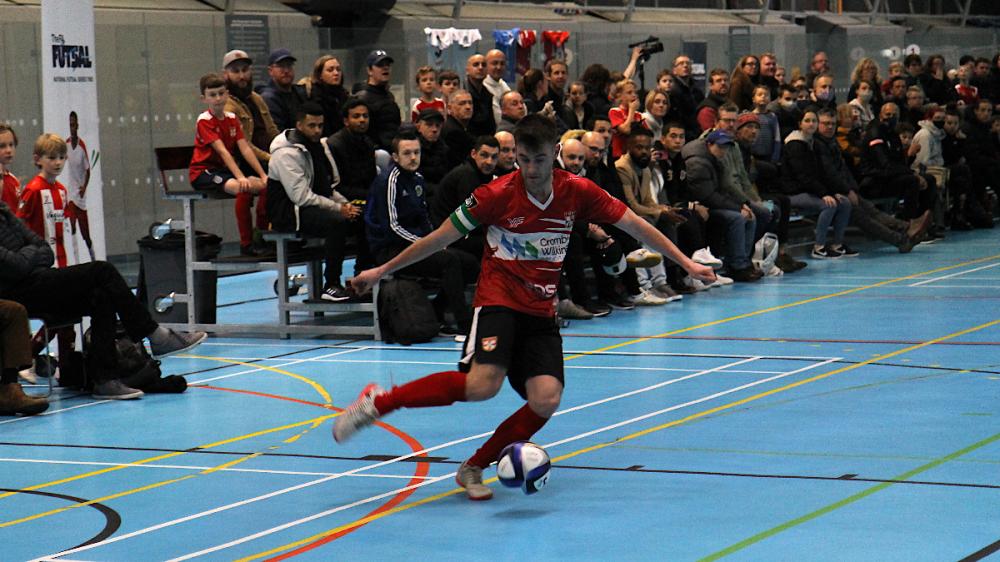 In the opening exchanges York applied good pressure on their opponents with Thiago Bucci coming close hitting the side netting and post.

Sheffield responded well on the counter making good use of keeper Jordan Wildey in creating their attacks.

The breakthrough for York came on 5 minutes as Bucci, stealing the ball from a Sheffield corner, surged down the right wing and slotted the ball past a stranded Wildey.

York almost went two up straight from the restart as Angus Crossan played in Mathias Veneroso whose shot was blocked by the keeper.

Both teams continued to have chances and it was Sheffield who equalised on 10 minutes as Daniel Neath raced down the right wing and shot past keeper Jorge Sagradas at his near post. 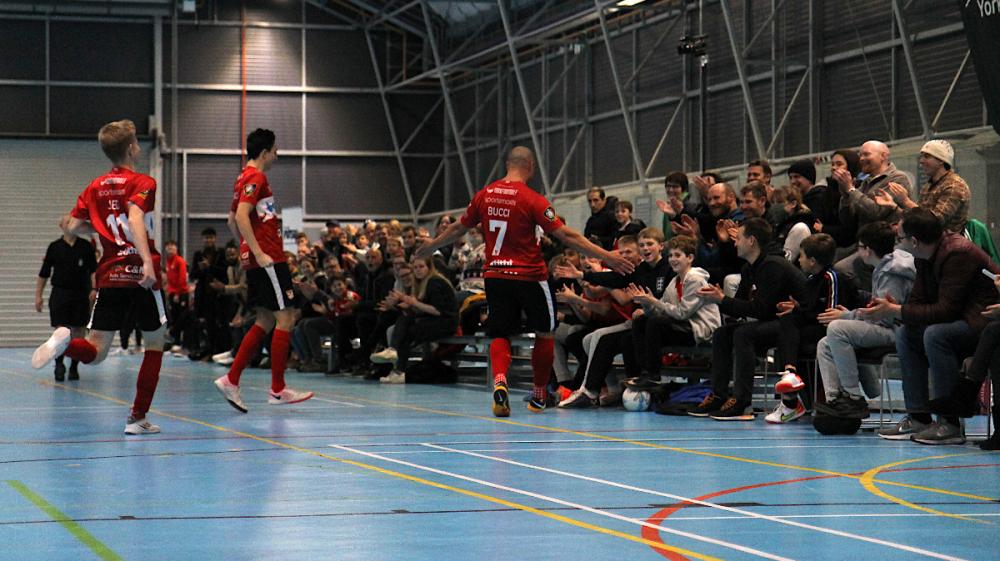 It was Sheffield's turn now to apply pressure on York as they took further advantage only moments later with a well worked goal as a Neath lobbed pass to Sergiu Didici was headed cross court to find Goncalo Andrade to fire into the net. 2-1 Sheffield.

York, sensing the game taking an unwanted direction, took a timeout to re-group which seemed to have the desired effect as Jed Devine, blocking a shot deep in York territory from the advanced Sheffield keeper, calmly lobbed the ball over his head and watched it roll in for the equaliser.

This was swiftly followed up with a great team goal for York as possession was won at halfway and Bucci played in Devine who, under pressure from the keeper, managed to squeeze the ball through to Matias for the tap in.

The first half continued in this vein with both teams creating various half chances and both keepers pulling off good saves to keep their teams in it.

York did have the chance to further their lead as the Sheffield foul count reached 5 and they conceded a 10m penalty, but Bucci could only smash the ball against the crossbar leaving the scoreline at 3-2 to York as they entered the break.

The second half started brightly for both teams as they both enjoyed good spells in possession and also defended well.

With the game in the balance, Sheffield claimed an equaliser on 26 minutes as captain Mark Chisholm played in Neath on the right who placed his shot into the bottom corner of the York net.

Not to be outdone, York continued to create chances and in a couple of minutes went two ahead with goals from George Smith who after a one-two with Veneroso blasted home from close range before turning provider as he neatly played in the Uruguayan making it 5-3 York.

With York in control, Sheffield against the run of play clawed a goal back from Chisholm whose long range effort after a blocked shot flew over Sagradas's head to make it 5-4. 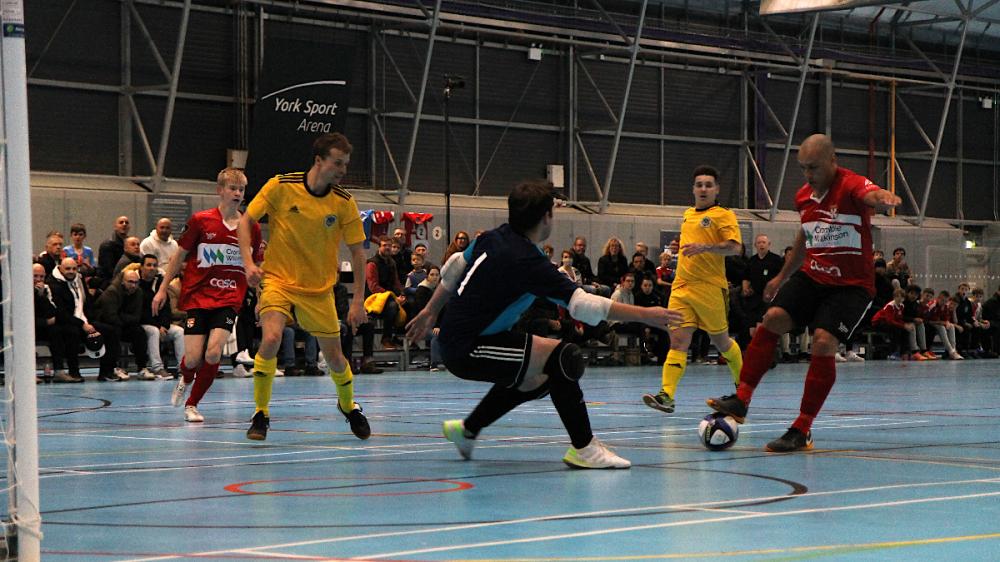 With barely two minutes left on the clock York seemed to have claimed the result after a great run and shot from Devine could only be parried to Bucci who fired high into the net, but Sheffield were able to respond quickly with a counter of their own and Neath just managing to squeeze a shot under Sagradas taking the scoreline to 6-5.

With only one goal in it the final seconds were nervous for York, but with some great defending and blocking of Sheffield's final throes they came away with all 3 points.


After what was a superb game enjoyed by a packed house, Head coach Junior Roberti has this to say,
'We played well today, but with the amount of chances we create the result should be decided earlier in these games. We had six academy graduates in the squad today and it was great to see them playing well in front of our home crowd whose support means everything to us.'

Next up for the Vikings and their fans are Sunderland at the York Sports Arena on Sunday 12th December. Kick off at 5:15pm.