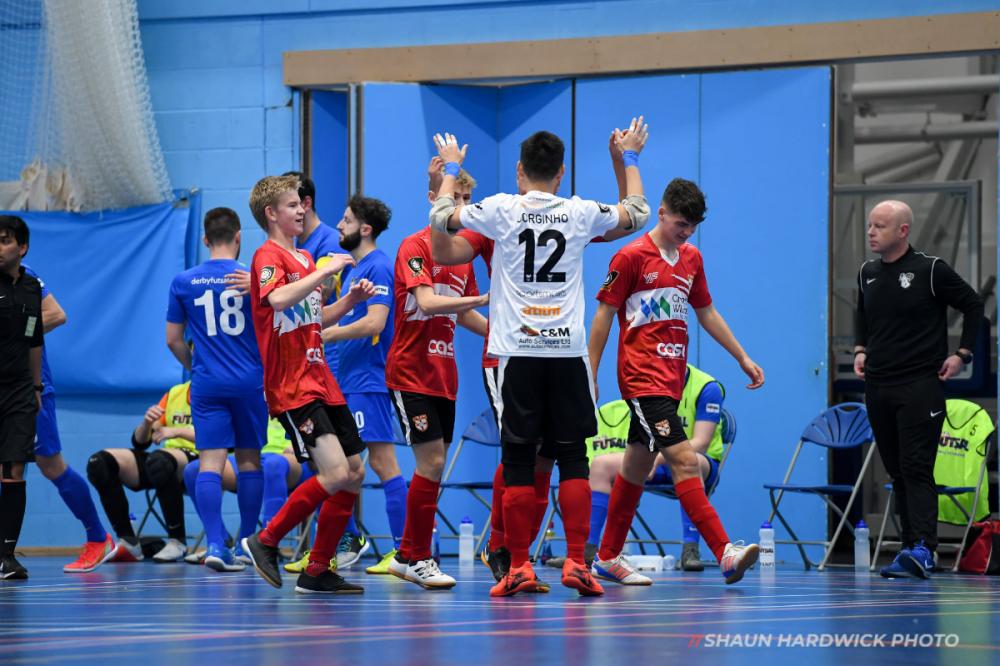 York Futsal were looking to get back to winning ways as they took on top of the table Derby Futsal in an incredible game on Sunday.

York started brightly, but it was Derby against the run of play who took the lead on 5 mins as Matt Silver played in Jasper Korsholm whose shot somehow managed to squeeze through the keeper’s legs.

York were not behind for long as Uruguayan signing Mathias Veneroso brilliantly stole the ball on 7 minutes and showed great composure to shoot past the Derby keeper.

In an almost identical goal, Veneroso put York ahead for the first time on 13 minutes, and less than a minute later York increased their lead through a strike from Thiago Bucci.

With York in the ascendancy, Derby found it difficult to create clear cut chances for themselves and relied heavily on long balls and knockdowns that were defended well by the Vikings.

On 14 minutes, York went 4-1 up after a cross court pass from Joe Roughley was taken in perfect stride by York Academy graduate Jed Devine who slotted the ball into the bottom corner of the net.

The game ebbed and flowed with York having the better of any further chances, and going in at the break 4-1 up.

The second half saw changes in tactics from both sides with York playing at times with a fixed pivot in Bucci, and Derby looking to be less direct in possession.

York added to their tally first with a fantastic team goal as captain Tom Blackburn broke into Derby territory and played a cross court pass that Devine looked certain to strike but instead dummied to the awaiting Bucci who rounded the keeper and fired high into the net to make it 5-1 York. 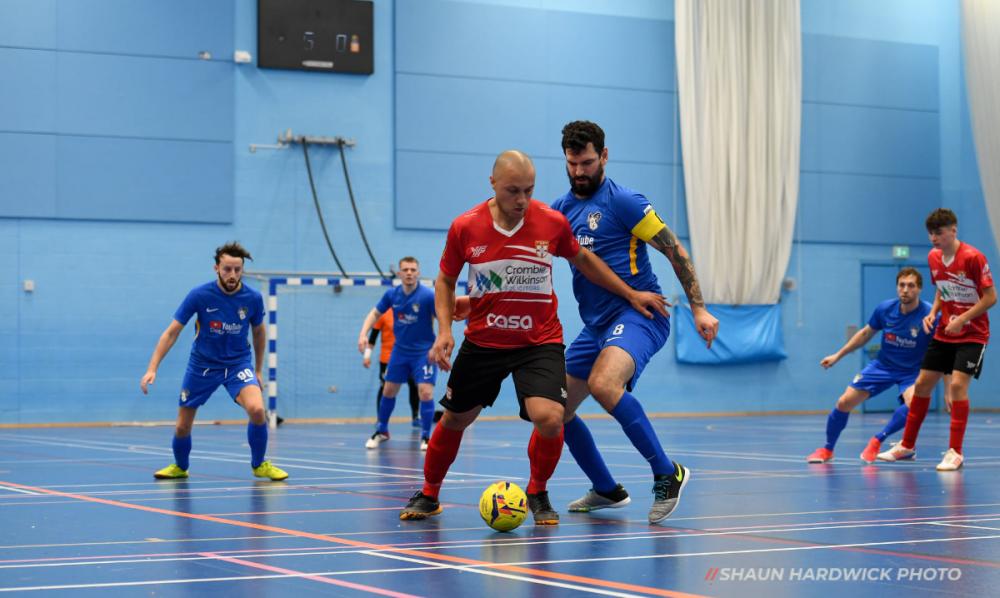 Derby kept their heads up and were rewarded on 24 minutes as Matt Richardson thrashed in a free kick and on 32 minutes with Gareth Keeling scoring a back post header to reduce the deficit to just 2.

With the foul count rising for both teams the game became a very tense affair, and it was Bucci again on 33 minutes who opened the gap to 3 with a goal from centre court fired low into the bottom right corner.

The relief, however, didn't last long as Derby responded with goals from

Liam Hunt, and a Pawel Tomczak volley on 37 minutes to take the score to 6-5 York.

Both teams, now on 5 fouls each, ran the risk of giving away 10m penalties and it was York who presented Derby with a chance to equalise as a tackle from Wilson was harshly penalised for being too high.

The penalty was struck well, but found Alex Johns more than a match as he made a great block to maintain York's slim advantage.

Mere seconds later it was Derby's turn to concede a 10m penalty with a foul deep in York's half as they tried desperately to regain possession with time running out.

This time Bucci released a fierce shot that the keeper could not stop and gave York enough daylight to play down the clock and take the points in a truly thrilling game.


Head coach Junior Roberti had this to say,
'We showed great team spirit today against a strong Derby team. We created many more chances than in recent games with some real quality goals and deserved the points in the end.'