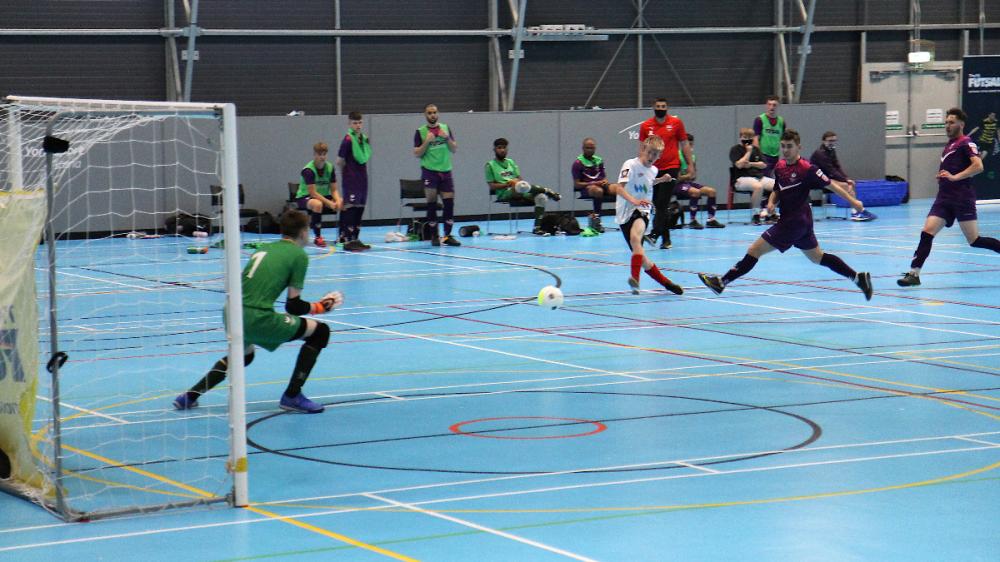 Much like the previous game against Leicester Futsal, York dominated possession in the early stages with Loughborough being content to defend deep.

York for all of their possession were unable to break Loughborough's defensive lines and were limited to a few long range efforts, and Loughborough attacked mainly through swift counter attacks that were well defended by the Vikings.

The breakthrough came for Loughborough from a poorly defended corner that Rhys Whitehart shot into the net from wide left.

At times, York seemed to lack confidence in attacking Loughborough with possession lacking any real incisive moves. However, York didn't take long to get level as Jed Zanos pounced on a loose ball in York's half and swiftly counterattacked, beating his man down the right wing, before playing in Thiago Bucci perfectly to slot the ball past the keeper. 1-1.

Minutes later, Loughborough retained their lead as York, having reached 5 fouls first courtesy of some inconsistent officiating, gave away a 10 metre penalty. The initial strike was well saved by Alex Johns, but, unfortunately for York, the ball dropped straight back to the taker Jack Evison who made sure of the goal at the second time of asking. 2-1.

Before York could regroup at half time, Loughborough added to their lead after one of their few true attacks saw a great combination down the right wing before they fired home from close range.

The second half saw York play with much more attacking intent, and Loughborough seemingly happy to sit on their lead and defend deep without much attempt to attack the York goal. 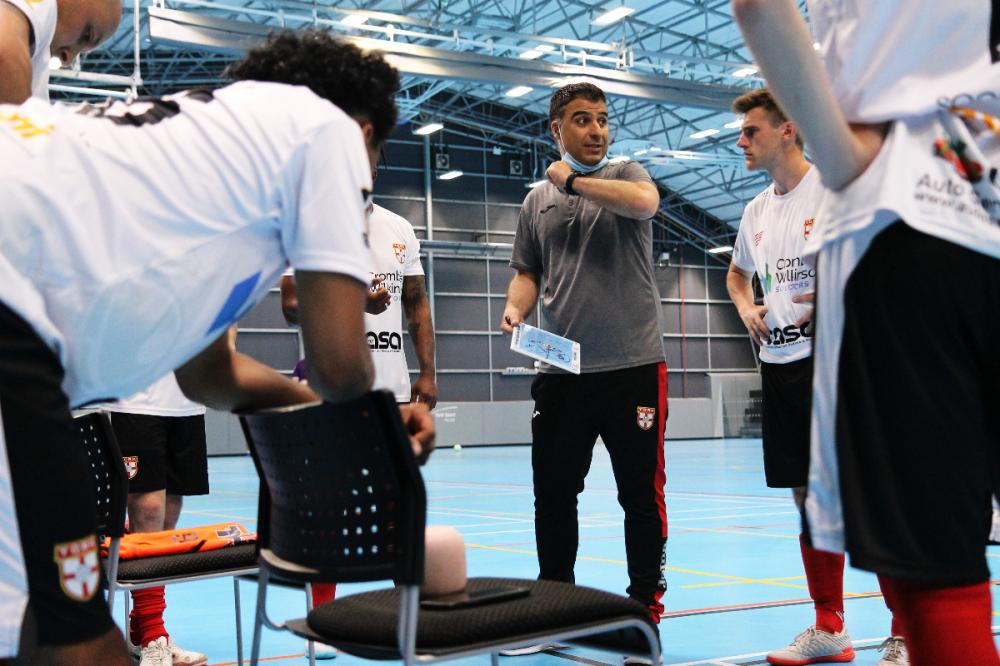 Still, York struggled to create any clear cut chances and with time running out employed the fly keeper in an attempt to close the deficit.

This paid dividends as Loughborough, disorganised in defending the fly keeper, allowed Tom Blackburn to find space on the right where he received a pass from Thiago Bucci before lifting the ball neatly over keeper Dijari Marouf to make it 3-2.

It looked like the fly keeper tactic was going to see more goals for York, but a mistake in possession allowed Loughborough to swipe at the stray ball, and with all York players committed in the Loughborough half the Vikings could only watch as the ball slowly rolled agonisingly over the line to make it 4-2.

York continued to apply pressure using the fly keeper, and would surely have added to their tally were it not for the fact time was against them allowing Loughborogh to see out the game and gain the result. Final score 4-2.


Head coach Junior Roberti had this to say,
"We can't be content with dominating possession, but not creating the finishes that will get us the results. We have to expect teams to play against us the way Loughborough did, and it is up to us to create more and ask more questions of the opposition. We take this away with us and will work hard in training to address this for the next game."