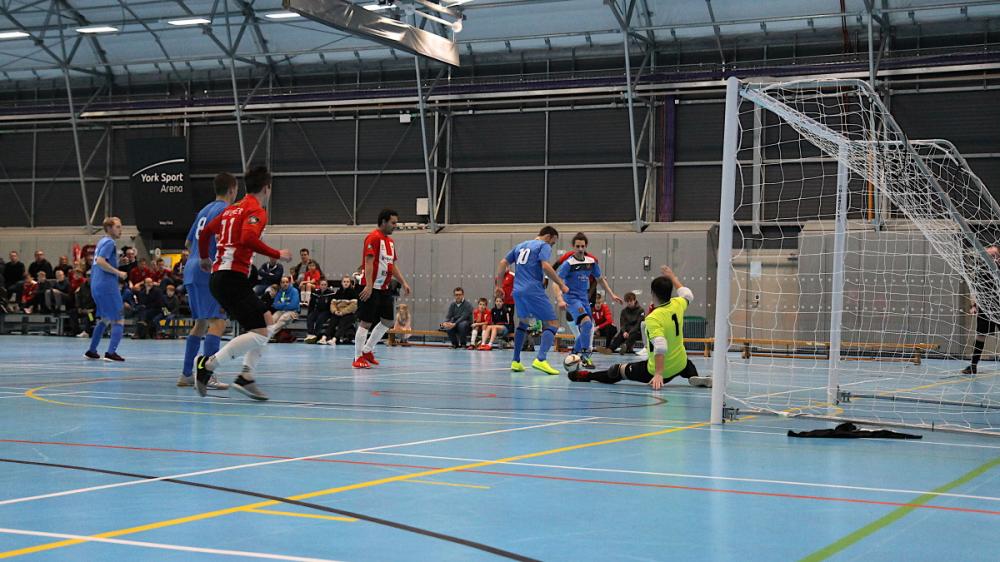 York Futsal moved to second place in the National Futsal League with a game in hand on leaders Oxford as they beat Sheffield FC Futsal Club 5-1 at the York Sport Arena on Sunday.

It was Sheffield however who struck the first blow on 5 minutes after a long ball played up to Daniel Weath looked to be under control as Tom Blackburn collected and played it back to Ben Mortlock, but good pressure from Weath forced an error and with just the keeper to beat he found the net low and to Karel Batha’s right.

York responded on 11 minutes as Daniel Pedras held the ball up close to goal allowing Roly Donoso time to lose his marker at the back post. Pedras’s quick turn and shot was blocked, but Donoso was on hand to follow up with an emphatic close range effort high into the Sheffield net.

There were few attempts at either end as the half progressed with York having the majority of the possession and Sheffield content to sit back and only attack from long goal clearances which created nothing more than a few easily dealt with half chances. 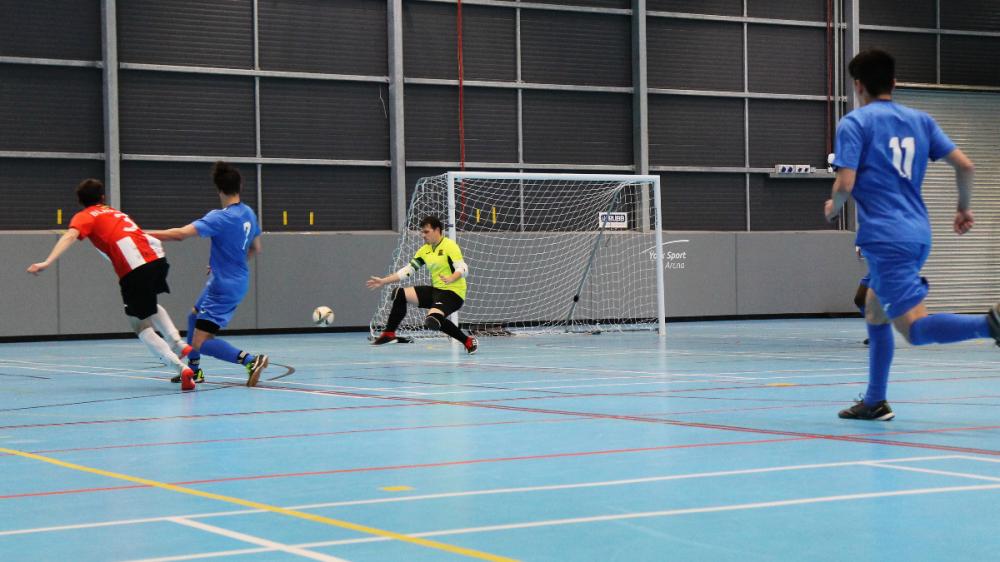 With the game looking like it was heading for 1:1 at the break, York conjured up a great goal with only 5 seconds left on the clock. Brilliant combination play as Michael Bulmer found the perfect pass to Donoso centre court then continued his run towards goal and got his reward following up Donoso’s parried shot to slot the ball home from a very acute angle, putting York ahead 2-1.

The second half started in much the same way as the first with York’s superior possession producing good chances. On 25 minutes a long range effort from Mohamadu Ceesay was well saved, and Bulmer hit the post on two occasions leaving York wondering how they had not extended their lead.

The next goal was always going to be crucial as, although Sheffield were limited to a few half chances the best of which a neat turn and shot from Roal Tusha and free kick blazed just over the bar from Weath, York on 4 accumulated fouls were running close to gifting the away team a 10 metre penalty.

Deservedly, it was the home team who extended their lead on 30 minutes. Regaining possession on half way their fast attack paid dividends as Fabinho, Donoso and Pedras all combined before Pedras applied the final touch past the keeper from close range making it 3-1. 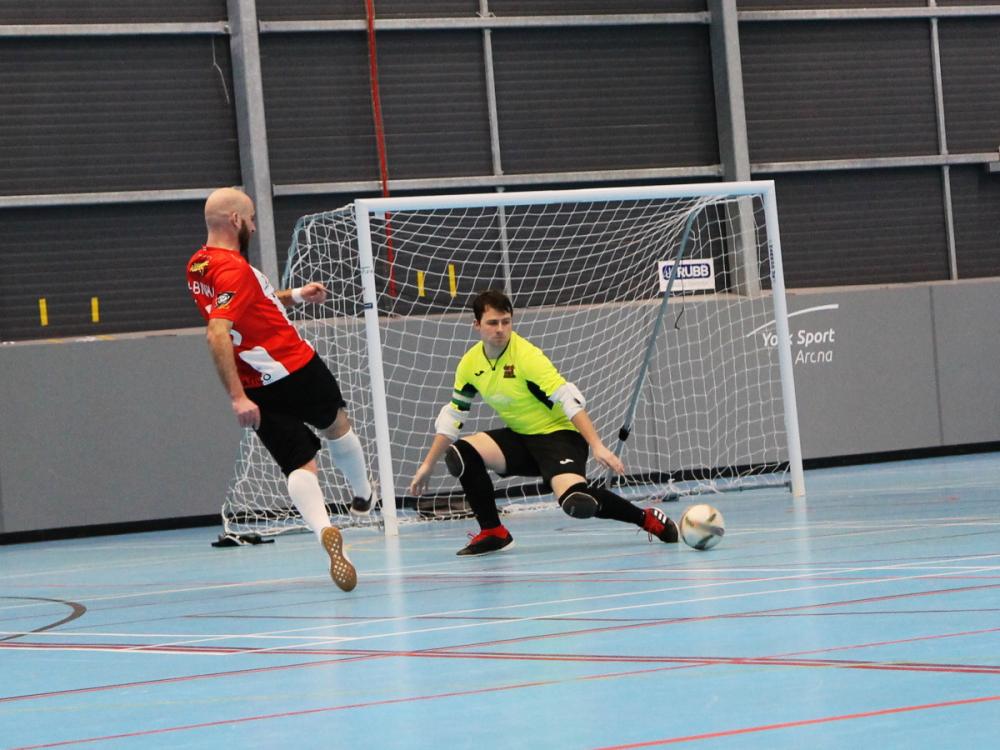 Sheffield began chasing the game which opened up more chances for both sides. York capitalised through Nathan Jackson who maintained possession after a strong challenge from Weath and squeezed the ball to Ze Eduardo who coolly volleyed home after a neat one two with Mohamadu Cessay.

York on 5 fouls after a Bulmer Yellow card for dissent did little to help Sheffield close the gap. As fatigue began to set in and the game became stretched it was York who rounded off the victory. Sheffield played a poor corner that was intercepted by Pedras who charge up to halfway before finding the perfect pass to match Mychaell da Silva’s perfect run who placed his shot neatly through the stranded keeper’s legs to give the home team a well deserved 5-1 victory.

Sheffield Head Coach Adam Oldham said:
‘We come up against a very experienced futsal team today. It’s another performance that we can learn from and it will help us to work on the detail that we know we have to get used to.’

York Futsal Head Coach Junior Roberti said:
‘It’s hard to play against teams like Sheffield who sit back and give you the ball. We like to play with speed and pace, but their approach made the game too slow for us. We knew this and planned the whole week to play against this and it worked today, but it could have been better. We should be responding better to situations like those we faced today, but we got the three points and we managed to discuss how we can improve for the next time we face teams like this.’