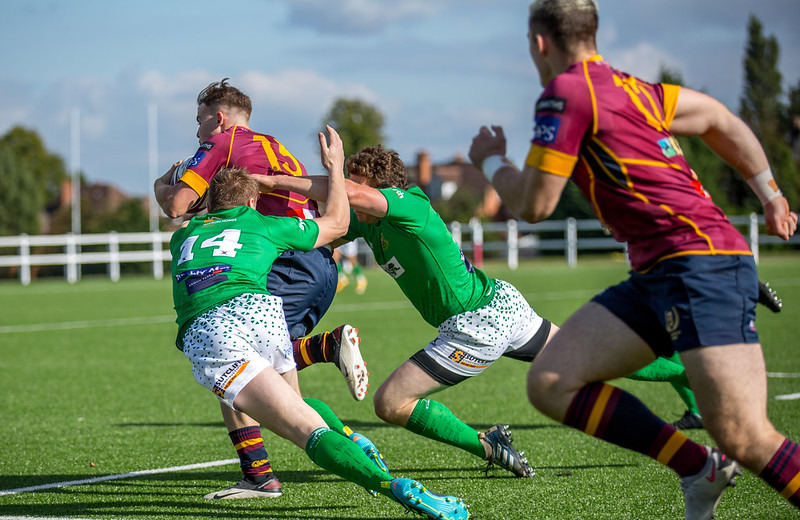 This was a day that everyone involved from Wharfedale will want to put behind them. A long and difficult bus journey was followed by a performance that was distinctly below par, even for a side as injury-ravaged as the Green Machine. Newly-promoted Bournville scored ten tries to two on the way to inflicting Wharfedale’s heaviest league defeat in many a year.

The shape of things to come was evident in the first 5 minutes as Bournville showed their intent to attack from all quarters of the field with first a 40m run out of his own half by no 8 Fyn Brown which set up man of the match right wing Tom Burrows to score wide out, followed two minutes later by a sharp break from centre Tom Vickers who fed Burrows to run in behind the posts. 12-0 after less than 5 minutes and we had hardly touched the ball.

Dale managed to get back into the match from the kick-off and a period of pressure led to a penalty which Jack Blakeney-Edwards converted to put the Greens on the board. This sparked Dale’s best spell of the match with some flowing rugby and a great break up the right by Tom Davidson who fed the supporting Lewis Kincart, who was brought down just 5m from the posts. However, we conceded a scrum penalty which was taken quickly – a feature of Bournville’s enterprising play all day – and Bournville counter-attacked at speed, with a grubber to the corner being knocked on in desperate defence. From the resulting scrum, Bournville’s player-coach Mitch McGahan wrong-footed the defence to score under the posts, which he converted for a 19-3 lead after 20 minutes. 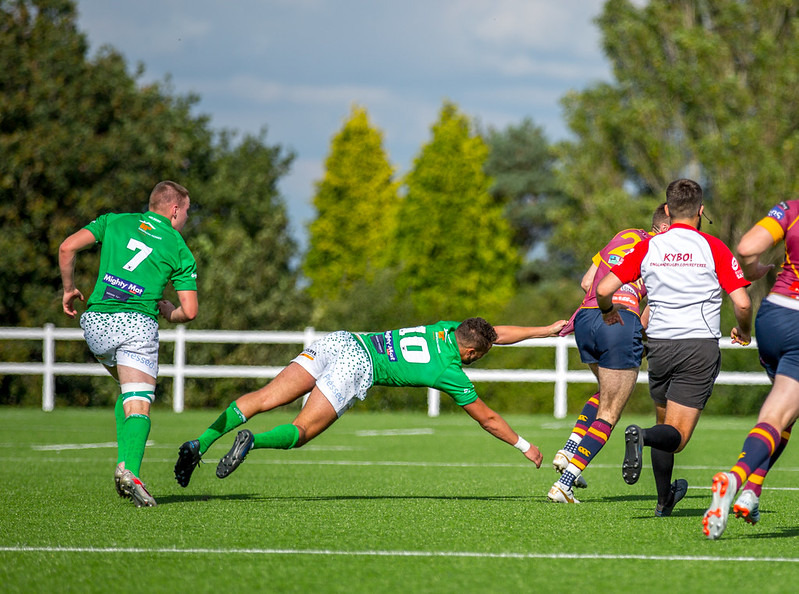 From the kick-off, Ben Markey was sin-binned for a no arms tackle on Bournville’s scrum half; another quickly taken tap penalty and a perfectly judged chip to left wing Olly Dawkins brought up the bonus point with just 22 minutes on the clock. Bournville’s exit kick from the restart was fielded and Harry Bullough counter-attacked at pace, but an attempted chip through for Oli Cicognini was charged down and hacked upfield for a Dale lineout 5m from our line. This was overthrown, stolen by Bournville and quick hands put Dawkins in for his second try, converted by McGahan. At 31-3 in under half an hour, there seemed no way back for the Greens but, with Markey back on the pitch, the boys rallied and again put Bournville under pressure, A dropped pass out wide was seized by the alert Cicognini who fed Lewis Kincart. The scrum half chipped the last defender and won the race for the touchdown but Blakeney-Edwards missed the conversion. 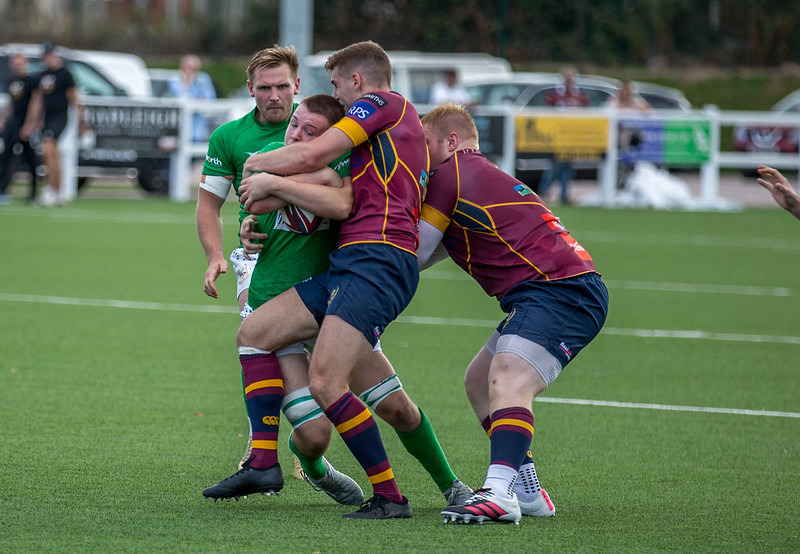 A long Bournville kick-off led to a schoolboy error in defence with two defenders going for the ball resulting in a knock on and an attacking scrum 10m out. Despite a couple of good first-up tackles, Bournville kept the momentum and a half-break was enough to put full back Owen Williams in for a converted try and a half-time score of 38-8.

Almost from the kick-off for the second half, Joe Altham went down with a sprained ankle and was replaced by brother George. At the next scrum, Dale won a penalty and kicked for the corner; a perfectly executed catch and drive from the resulting line-out led to a try for Chris Jackson, and the small band of Green supporters began to hope that the half time words of wisdom from the Jon’s might change the flow of the game. Sadly, this was not to be and, despite some forays into the Bournville half and some periods of pressure as Bournville took their foot off the gas, the second half was largely one way traffic with further Bournville tries for Vickers, Williams, Dawkins and replacement winger Ethan Walker and a final score of 66-13. 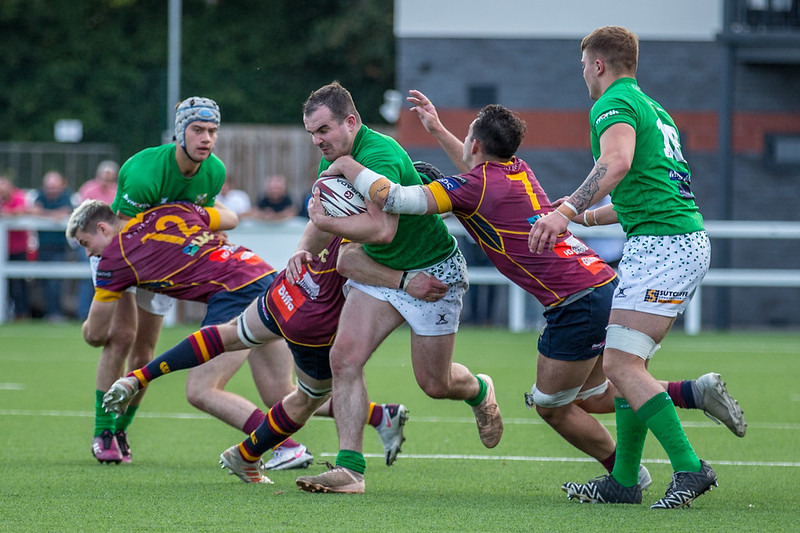 It has been a tough opening month for this young Greens squad with 3 out of 4 matches on the road and matches against 3 of the top teams in the table. Despite the disappointing results, the spirit in the squad is exceptionally positive; youngsters like Ben Markey, Chris Jackson, Jack Pinder and Jack Thompson are growing with every game and, with some key players close to a return, the future for this squad is very bright. With a crucial home game against old rivals Blaydon next up, the call is clear – let us all get behind this squad and let us see the 16th man – the Wharfedale roar – propel these boys up the table.