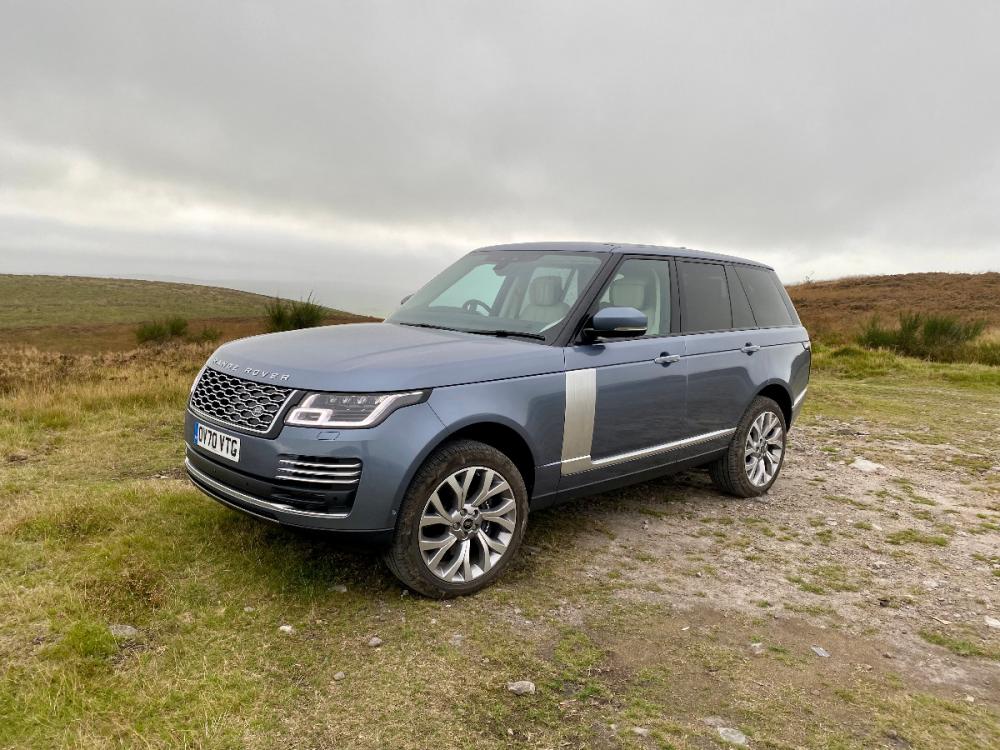 For many years the Range Rover has been the default prestige 4x4, loved by wealthy country types and city slickers in equal measure. With a combination of understated good looks, unrivalled off-road pedigree and a sumptuous cabin, a Range Rover has the ability to isolate its occupants from the world at large, whatever the terrain and deliver them unruffled to journey’s end.

As diesel slowly fades away, Land Rover has now introduced a plug-in hybrid variant of the full-size Range Rover. Offering clear taxation advantages, and of course a certain environmental kudos, does it still feel and drive like a proper Range Rover? Having just had a week behind the wheel, I was able to find out and I am pleased to report that it is mostly good news.

Beneath the Range Rover’s bonnet sits a 2.0-litre four-cylinder petrol engine boasting around 300hp which combines with an electric motor to boost this figure to a heady 404hp. Maximum torque is 640Nm if such figures interest.

Power is sent to all wheels through a silky smooth eight-speed automatic gearbox. The brisk driver will be interested to note that the 0-60mph sprint can be accomplished in just 6 seconds and the top speed is 137mph. 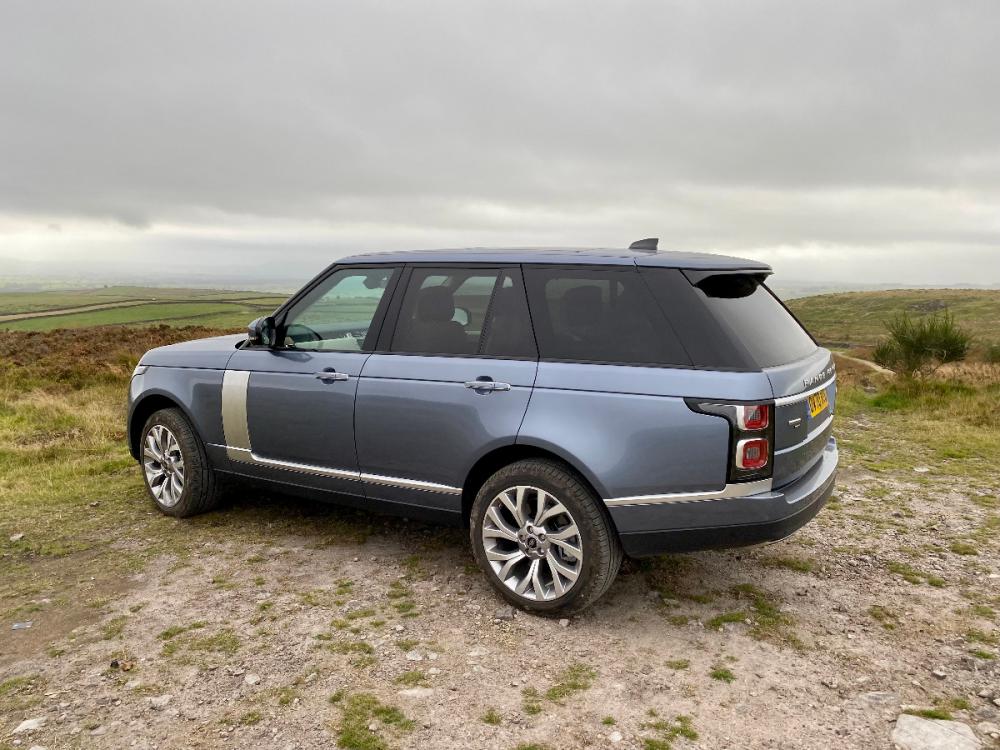 These figures are of course obtained with a fully charged battery (allow about 8 hours when plugged in to a normal three pin domestic supply).

The press pack tells me that the PHEV Range Rover can do up to 25 miles of all-electric running, providing you don’t succeed 85mph. I would suggest that figure is a tad optimistic as of course is the combined economy figure.

A gentle 45-mile run into Leeds one evening, beginning with a fully charged battery, showed 80mpg on the trip computer at journey’s end. The return trip on petrol power alone, saw the figure drop to 42mpg overall.

A longer 250-mile round trip with no opportunity to recharge saw my overall average for the week settle at just less under 26mpg.

What is clear is that the urban driver with home charging will find the PHEV Range Rover suits them nicely, whereas the higher mileage driver might well wish their car had a diesel engine under the bonnet. 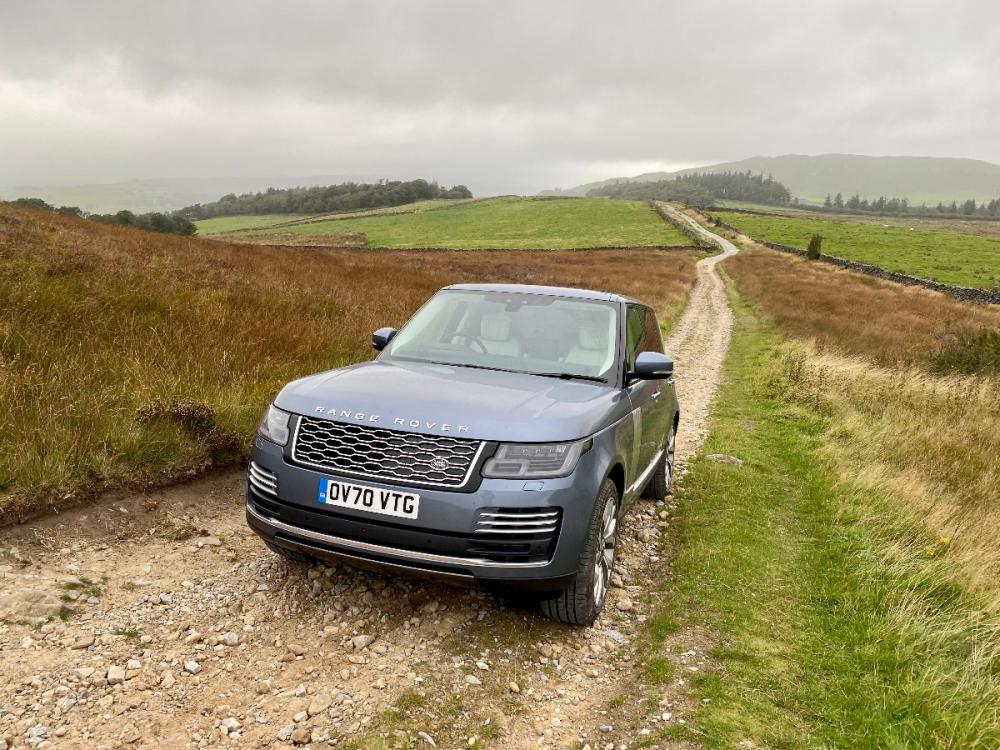 It is possible to drive the Range Rover in pure electric mode, even off-road where all the familiar Terrain Response systems still operate as expected. It is also possible to switch to petrol only mode, saving the battery’s charge until reaching the urban leg of a journey.

A Range Rover is all about refinement and with a full battery, general motoring is a hushed affair. Step up the pace and the petrol engine engages smoothly. However, when maximum acceleration is required and the petrol engine fully extended, the four-cylinder powerplant can’t hide its rather dull and downmarket soundtrack. Thankfully this is a rare occurrence.

Battery-empty motoring requires more judicious use of the accelerator, but brisk and mostly refined motoring is still the order of the day.

Brake feel is somewhat inconsistent; blame the regenerative effect for that. It takes a little getting used to, but ultimately the brakes do a decent job of slowing down the vast Range Rover bulk. 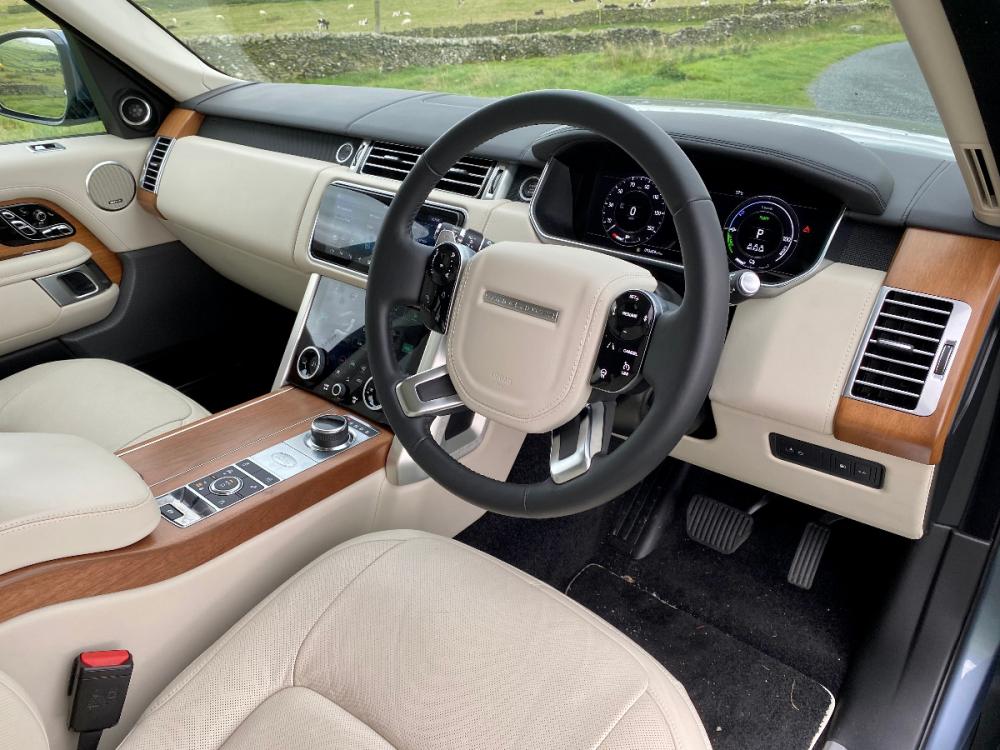 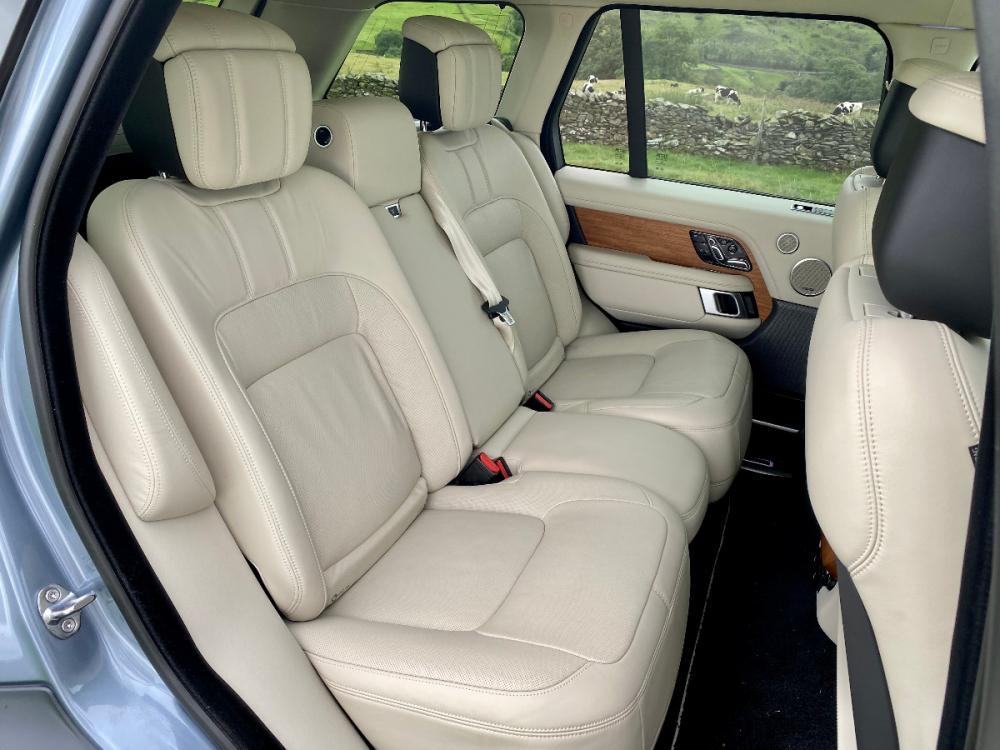 Land Rover has worked hard to improve the refinement of its top model and I can report that the cabin remains near silent at motorway cruising speeds. Combined with a commanding driving position, the Range Rover is an able mile-muncher, at least in a straight line.

Away from major roads, the full-size Range Rover feels less at home. A high centre of gravity equates to a certain amount of body roll through the corners and the sheer bulk of the vehicle discourages a spirited driving style.

Much better to relax and waft along, admiring the view from on high. Ride comfort is top drawer, so there is little to disturb the calm of the luxurious cabin.

And what a cabin it is too! Leather-clad sixteen-way electric seats up front support in all the right places and those astern are comfortable too. It is a bit of a climb up for those with shorter legs, even with the suspension in its lowest position.

All mod cons come as standard, hardly surprising with a list price of £108,760, so there is little need to delve into the options list. 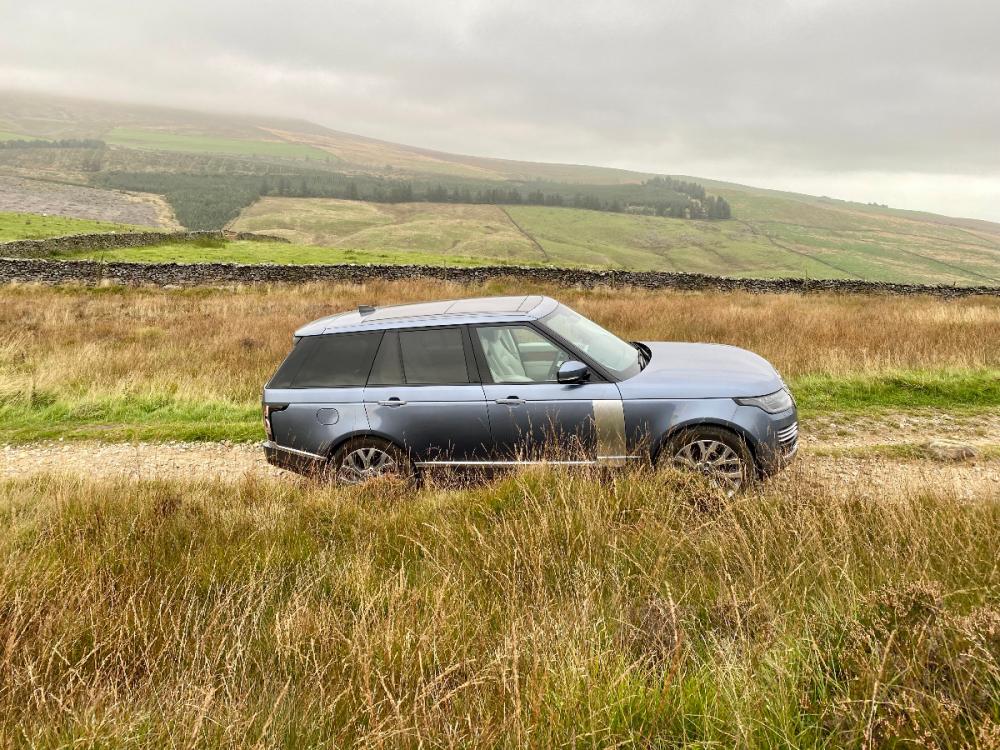 The Range Rover boasts two touchscreens. Controlling most of the car’s functions including the Terrain Response, satellite navigation and media functions, impressive looks combine with reasonable usability. I remain unconvinced of a driver’s ability to use such systems on the move and found it easier on occasions to stop the car before scrolling through menus.

Given a free choice I would happily choose to have my Range Rover powered by a large capacity diesel engine. Better real-world economy for the higher mileage motorist, similar performance and no need to find charging points.

However, the PHEV version requires few compromises and is undoubtedly cleaner (CO2 emissions of just 73 to 84.8/km) and will cost far less to tax.

Refinement is top notch and the instant acceleration when under battery power is most appealing. A fully electric Range Rover will be along before we know it and that is something I look forward to testing. 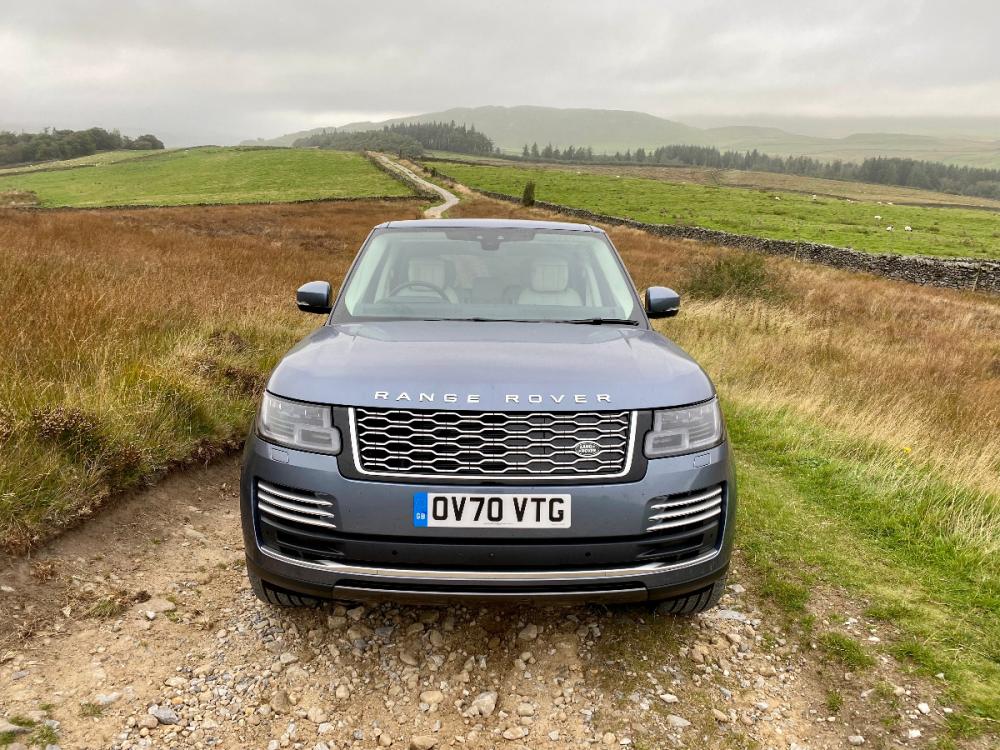