Short Stories: Meeting On A Train - Part 2, The Search 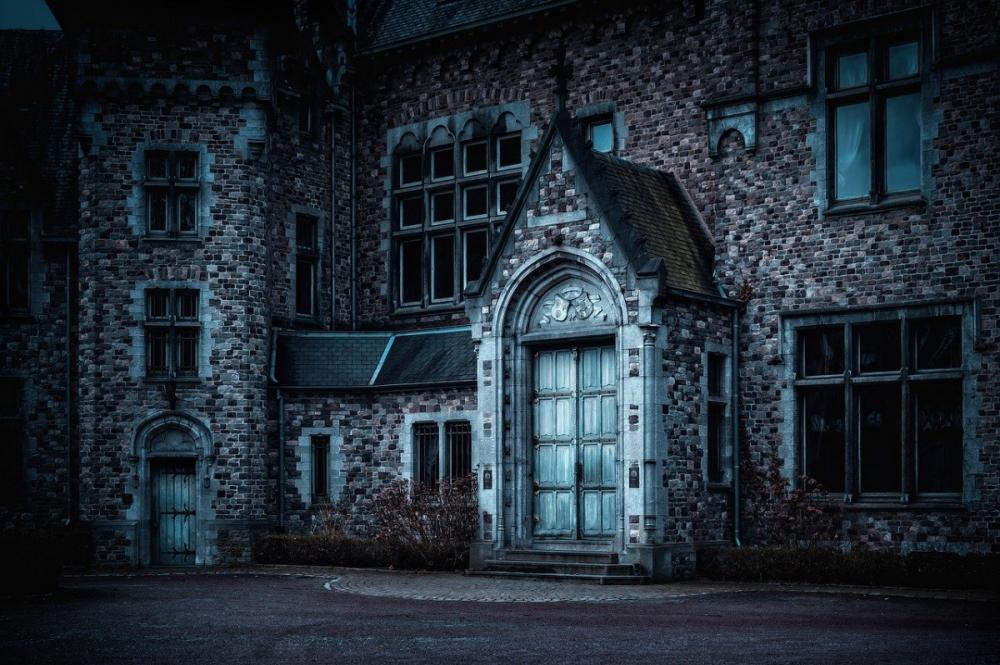 As I sit at my table writing I can hear noises in the background - but they do not bother me.

You would not be reading this had you not read my earlier account - therefore I shall simply recall its basics. I met a girl on a train who passed me a note asking for help. She did not speak, nor did she on the other two occasions I saw her - once outside my College in Oxford, and then in the Oxford High Street as a mass of students were exiting from the Examination Schools. Then I saw her at a distance, and thought I heard a terrible scream as a coach showing the familiar Crest of a dreaded and hated man swept passed and grabbed the girl into its interior.

And I did not see her again - but determined that I would search until I found her and discovered the mystery.

I sought to continue my studies at Oxford, but it was no use. I could not concentrate. I sat in at the lectures but took nothing in. Finally, I realised that there was little point in my continuing. My tutors were sympathetic, doubtless believing that I had not yet fully recovered from the illness that had kept me away for a year before. They assured me I could return when my health returned.

And so I ended my studies - and began my search. My search for the girl whose image and silent fear I could not forget.

I knew where to begin - for I had recognised the coach and knew of the one who owned it - by reputation, at least. Lord Philip Rotherham was a name known to many - a name to be feared, because of the power which he wielded, and the establishment that he ran. I say 'ran', but in truth he was the owner and sole controller of all that happened there.


Also by Duncan Johnstone...
Short Stories: Meeting On A Train - Part 3, A Silence BrokenShort Story: Meeting On A TrainShort Stories: Obituary NoticeBook Review: Memories Of Upper WharfedaleThe Strange Tale Of Edgar Allan Poe: Part 11: He Moves To Philadelphia
But exactly where that place was, I did not know. My first challenge, then, was to discover the whereabouts of the house in question, for I was sure that he had taken the girl there. But I must be discreet. It was not healthy to be known to be asking questions about anything to do with Lord Rotherham.

So it was that over a period of many months, by casual comments and discreet questions to both friends and acquaintances, I finally discovered the whereabouts of the house. Thus I set out.

There was a small village not far away and so I put up at the local Inn where further enquiries confirmed that I was in the right place. I needed to get into the building. I could not just go up to a door and request admittance. No - it would not be that easy!

So one night in early November, it being already dark, I walked from my Inn to the house in order to reconnoitre the building - and there discovered a very large building indeed, situated in large grounds, the perimeter of which was surrounded by a both a high fence and a large hedge.

I have so far spoken of this place as a 'house' or a 'building'. In fact it was a Lunatic Asylum. Although even that description is a little confusing, for it was known to those who needed to know, that for an ongoing charge you could have an awkward relative incarcerated there indefinitely. A nominal accusation of insanity had to be given - but in practise any awkward relative might be consigned to this establishment. Thus - a daughter who had born an illegitimate child; a son who would not follow the requirements of the family; a child born with a physical impairment, and so on. There were, also, a few genuinely insane among the inmates. And all this was ruled over and administered by Lord Philip Rotherham - a man of such power and influence that few dared challenge him.

After my initial examination of the layout of the Asylum, I returned to the Inn. There was only one other guest staying and he had retired to his room, so I had the parlour to myself. I sat before a roaring fire and drowsed, and pondered on the visit I intended to make the next night. Meanwhile, I semi-slumbered. I would have appreciated the comfort and warmth even more had I realise that it would be a long time before I would know such comfort again, Tomorrow night I would try to enter the Asylum.

That night came. How was I to get in? Then I heard a coach approaching. This might offer the chance I needed. It drew up to large gates which were opened by an attendant. Under cover of the coach I entered through the gates and quickly shrank into the darkness. Once it had moved on, I stole carefully up the drive. I cannot say that I had thought out my next move very carefully. My object was to get entry, and then see what I could discover.

The windows were all barred. I walked around the building in hope of finding some place opportunity. But to no avail, And then ....

I felt a blow to the back of my head, and knew nothing else until I awoke in the cell in which I now write this account. The asylum, I have discovered during the many months I have been here, is divided into male and female sections. Just occasionally one can see from the cell window women being taken along the corridor upon which our cell doors open. Maybe I will find her. It must be five years since I heard that scream as she was dragged into the coach. I had spent a wasted year at College; I had spent many months discretely endeavouring to find this place; and I have been an inmate for I know not how long. Still I am searching for her. But ...