Mercedes Announces The Launch Date For Its 2021 Car

The dominant Mercedes Formula 1 team, which has won all the Constructors’ and Drivers’ championships since the 2014 season, has today revealed that it will hold a digital launch for its 2021 challenger on 2 March. Its official name will be the Mercedes-AMG W12 E Performance, with the E Performance part to be used for all forthcoming Mercedes-AMG hybrid road cars. The chassis will basically be the same as last year’s car as new rules are being introduced for this season to try to slow the cars down, but the Brackley based team has been working hard on numerous aerodynamic upgrades. Its livery will again be predominantly black in support of the team’s anti-racism campaign. 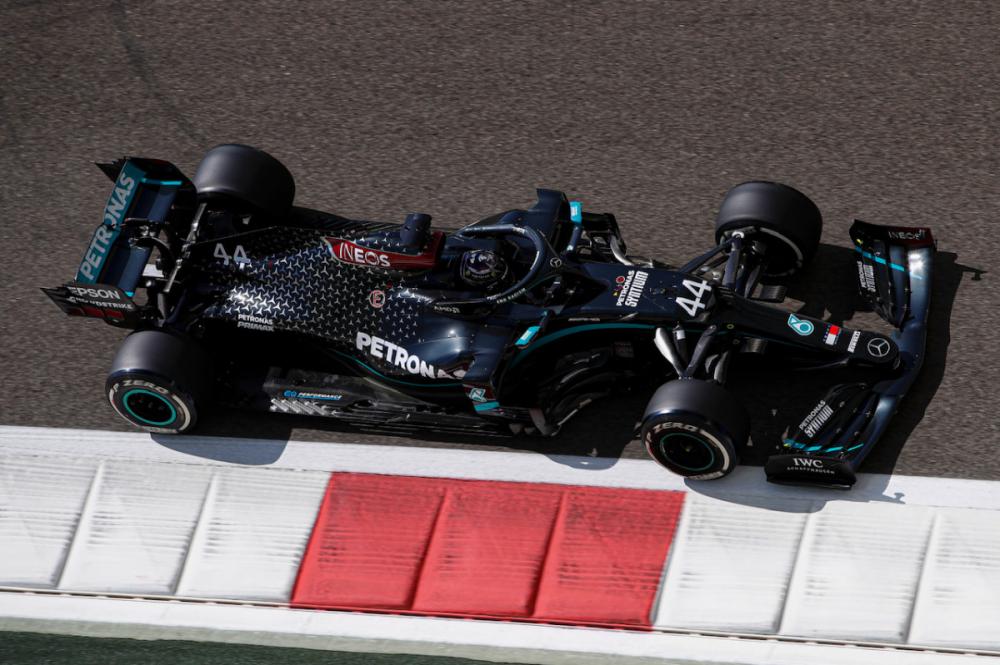 This year’s Mercedes challenger will be a development of last year’s car
At the moment Mercedes still only has one race driver for this season, with Valtteri Bottas having readily signed a one year contract extension for this season last August. In contrast, seven time F1 champion Sir Lewis Hamilton has yet to reach agreement about terms to remain with the German team and has to date been unwilling to sign a new contract to replace the one which expired at the end of 2020.

Of the ten current Formula 1 teams, two others have also announced when their new cars will be revealed. The McLaren outfit will hold an online launch of its MCL35M from its Woking factory on 15 February, with the Australian driver Daniel Ricciardo arriving from Renault to join Lando Norris, and Alfa Romeo will unveil its C41 challenger a week later in Warsaw, Poland, a key base for its title sponsor Orlen. 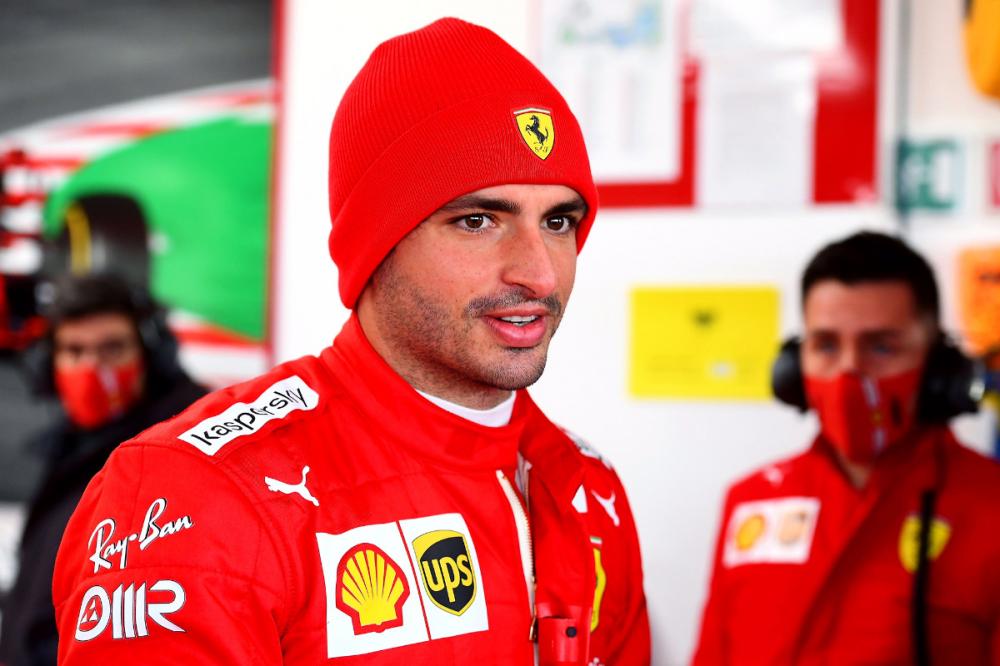 Carlos Sainz fulfilled a dream by making his Ferrari debut last week
Elsewhere Ferrari held a five day test last week at its private Fiorano track near its Maranello factory using its 2018 SF71H car. Amongst the seven drivers given a chance behind the wheel were their existing driver Charles Leclerc, their new arrival from McLaren Carlos Sainz and 2021 F1 rookie Mick Schumacher, who will be competing for the Haas team. Down the road from Maranello at Imola another 2021 rookie, the Japanese Yuki Tsunoda, tested for his new AlphaTauri outfit.

Over in the Williams camp Jenson Button, the 2009 champion for Brawn, is set to return as a senior advisor on a multi-year deal for the Grove based team where he made his Formula 1 debut back in 2000. Button is to provide general guidance to the outfit and help support and develop the team’s race and academy drivers, attending various Grands Prix this year whilst also continuing with his punditry role for Sky Sports F1. The excited 41 year old enthused “I am so delighted to once again be able to say that I have signed for Williams!” 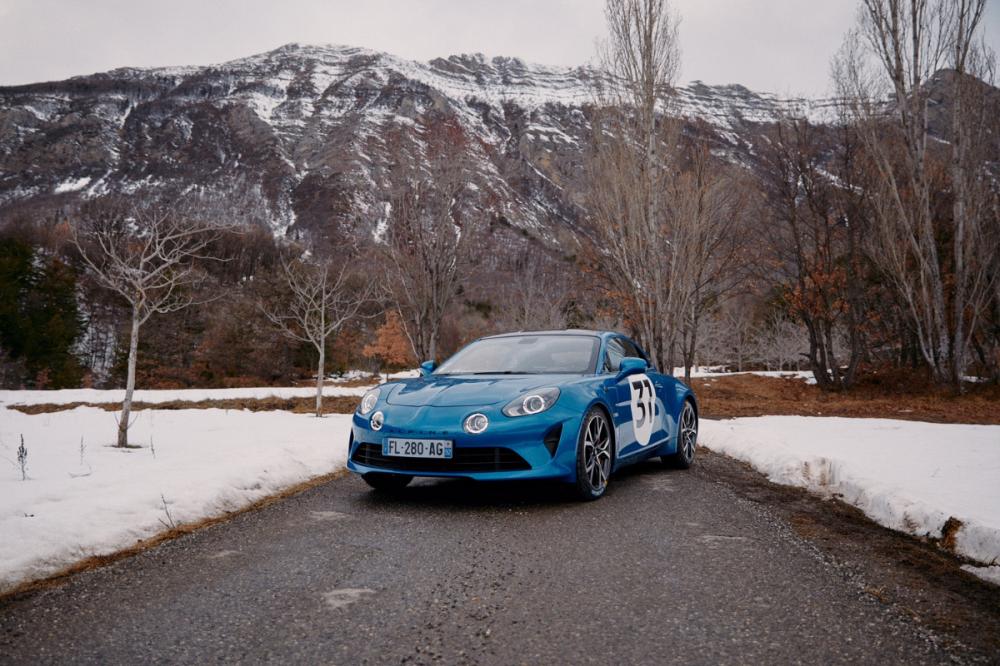 The Alpine A110S Esteban Ocon piloted on part of the recent Rallye Monte-Carlo
The Renault team has become Alpine F1 this year and there was a surprise recently when it was announced that team principal Cyril Abiteboul was leaving the French outfit. It had been expected that he would form part of the new Alpine management structure, but Laurent Rossi, Renault’s Director of Business Development and Strategy, has been appointed as the new CEO of Alpine. Rossi will take charge of Alpine cars, its F1 team and other motorsport activities and will report to the Renault CEO Luca de Meo. Former MotoGP Suzuki boss Davide Brivio has been appointed as Alpine F1’s Racing Director, making an interesting if unusual transfer from two to four wheels. Also Alpine driver Esteban Ocon tried his hand at rally driving recently as he took part in the opening two special stages of this year’s Rallye Monte-Carlo behind the wheel of an Alpine A110S.

On other fronts, Pierre Gasly has become the sixth F1 driver to test positive for coronavirus after Sergio Perez, Lance Stroll and Hamilton had done so last year and Norris and Leclerc more recently. Formula 1 has also confirmed revised Grand Prix start times for the 2021 season and the reduction of Friday’s two free practice sessions from one and a half hours each to 60 minutes. All European races are set to start at 3pm local time, but Azerbaijan, which is located on the European/Asian border, will have its event begin an hour later. 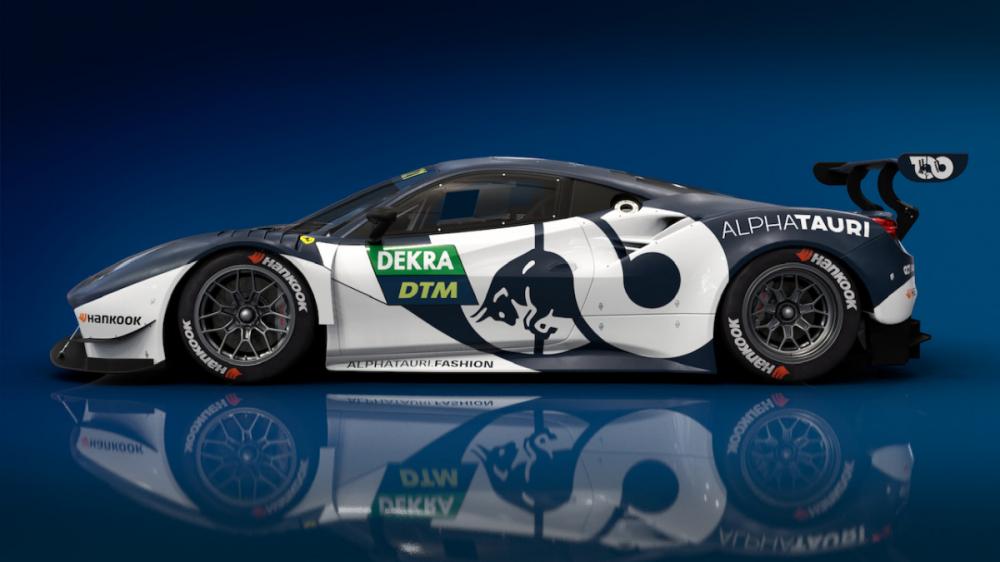 Red Bull’s Alex Albon will drive this Ferrari 488 GT3 EVO in the 2021 DTM championship
Lastly, the Red Bull team will also have a two car entry in this year’s DTM championship with a pair of Ferrari 488 GT3 EVO cars run for them by the experienced AF Corse outfit. Junior driver Liam Lawson from New Zealand will drive a Red Bull liveried car for the whole season, whilst Alex Albon and Nick Cassidy will share an AlphaTauri liveried version as their former F1 race driver Albon will still continue with test and reserve driver duties too. Cassidy, a fellow Kiwi, is a former Super Formula and SUPER GT champion as well as a Formula E driver for Virgin Racing.


Also by Graham Read...
Aston Martin’s New F1 Safety And Medical CarsWilliams Uncovers Its FW43B ChallengerHaas Adopts A New Russian Livery﻿Aston Martin Is Back On The F1 GridMercedes And Alpine Unveil Their 2021 Cars