The number of merlin chicks fledging on the North York Moors has reached 50, demonstrating a good recovery after a poor season in 2020. 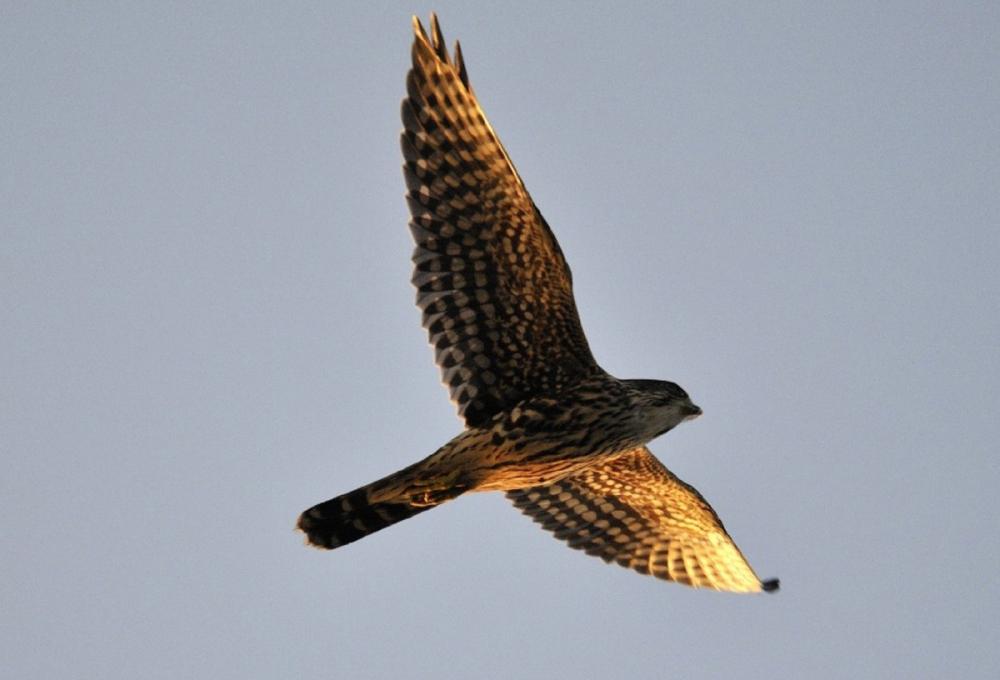 A new survey carried out by grouse moor keepers covering the majority of the North York Moors National Park moorland area has revealed 50 young merlin on the wing, suggesting a high rate of successful fledging.

Earlier this Spring, 55 adult birds were observed displaying territorial behaviour on grouse moors. At least 56 chicks were known to have hatched, of which six sadly died.

The BTO-licenced Merlin Ringing Group led by Wilf Norman has attached rings to 13 of these fledglings. The group also helped locate some of the nest sites.

George Winn-Darley, North York Moors’ representative of the Moorland Association commented:
“Although the moors provide safe breeding grounds for many species, we have special statutory responsibility to look after merlin and golden plover.

"It is fantastic that the merlin are doing so well and we also know from the National Park Authority surveys that golden plover numbers have increased over the last 20 years.

"I congratulate the moor keepers and managers for their hard work in achieving this success. The estates are also grateful to the Merlin Ringing Group for their work.”


The merlin is our smallest British falcon and probably the most iconic breeding raptor in the North York Moors National Park.

The North York Moors area is designated a Special Protection Area (SPA), because of its important populations of merlin and golden plover.

For the second year running two of the sea eagles from the Isle of Wight came and spent time on the North York Moors in early 2021.

This spring a pair of oystercatchers nested for the first recorded time on one North Yorkshire moor, and successfully reared a chick. Whilst green plover (also known as peewits, or lapwing), curlew and snipe breed well on the North York moors, oystercatchers rarely breed in this area.