Metro Bank, the UK’s community bank, today opens its 77th store in the heart of Sheffield city centre on Fargate, bringing its exceptional customer service to the city.

Metro Bank offers customers and businesses the choice to bank however, whenever and wherever they choose. Whether that’s face-to-face banking in store, on the phone, online or via its mobile app.

According to analysis from Which?, Yorkshire and The Humber has seen more than 280 banks close since 2015. Metro Bank is continuing to open stores while other banks make closures. The bank has a long-standing belief in “people-people banking” – having been built on the philosophy that whatever happens in the future of banking, people need people and value human relationships.

The new store will be opening in line with the latest Government guidance with the bank implementing strict social distancing measures to protect its customers and colleagues.

The bank’s opening hours have been temporarily adjusted following the coronavirus outbreak, with stores open Monday to Saturday 10am – 4pm. The bank usually operates seven days a weeks, early until late and is hoping to return to this soon. The store is located at 58-64 Fargate, Sheffield, S1 2HE.

Customers will be welcomed by the new store’s Local Director, Michelle Slater, and Store Manager, Chris Gore. The store will be Metro Bank’s first in Yorkshire, as part of the bank’s plans to open 15 stores in the north in the coming years; Metro Bank has opened stores in Manchester and Liverpool in the past year.

Metro Bank prides itself on being a community bank and supporting local people and businesses, and this has never been important. The bank gives colleagues a ‘Day to AMAZE’ – a day in which they can volunteer for a local cause instead of working. In response to the current situation, and with local communities needing more support than ever before, this has been increased to five days in 2020.

The team in Sheffield has been fundraising for Brain Tumour Research and Support, Yorkshire’s Brain Tumour Charity and this week will complete the ‘Tour de South Yorkshire’ coinciding with the opening of the new store. The team has raised over £1,000 and all store colleagues will work together to complete 114 miles by cycling, walking and running.

Ian Walters, Managing Director, Distribution at Metro Bank, says: “We are thrilled to be bringing great service and convenience to the people and businesses of Sheffield as we open our first store in Yorkshire. We’re sorry the store has opened a little later than first planned, but we’re pleased to be opening the doors safely. As a community bank, we are committed to supporting local causes and delivering more than just banking, as seen by the fantastic effort the team has put in to complete its ‘Tour de South Yorkshire’ challenge for charity.” 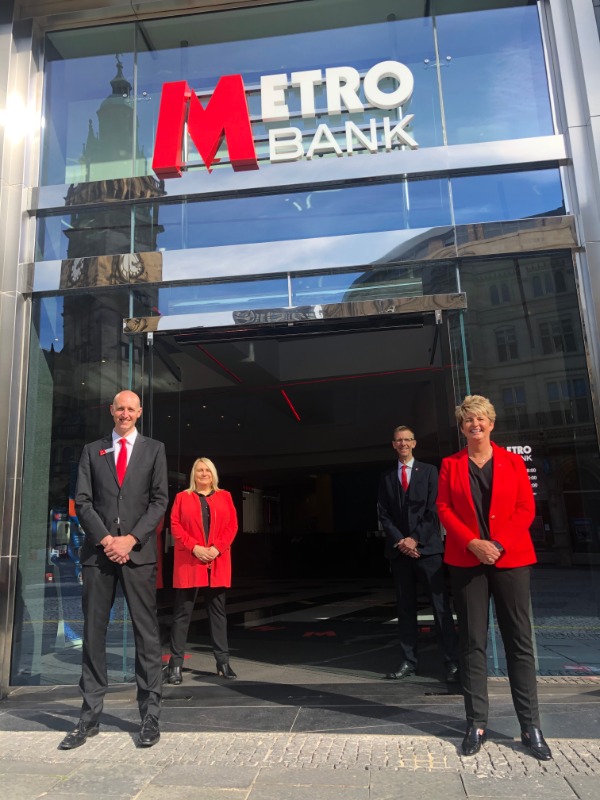 The Fargate store will offer business, personal and private banking services to the local community, from early in the morning until late at night, seven-days-a-week. Customers will be able to visit the store, with no appointment needed, and open a personal or business account on-the-spot, leaving with their debit card in hand, along with internet and mobile banking set-up.

The bank has created around 25 new jobs for local people and will have more than 2,000 Safe Deposit Boxes for customers to store their valuables with access seven days a week. Boxes are available to reserve now. Local businesses will benefit from Local Business Managers ready to help them run and grow their businesses.