Miles And Miles Of Safety Improvements On A64

As staycations become the popular choice of holiday this summer, drivers using 55-mile coastal route between Bramham and Scarborough will spot a number of major changes as work to create better and safer journeys makes significant progress. 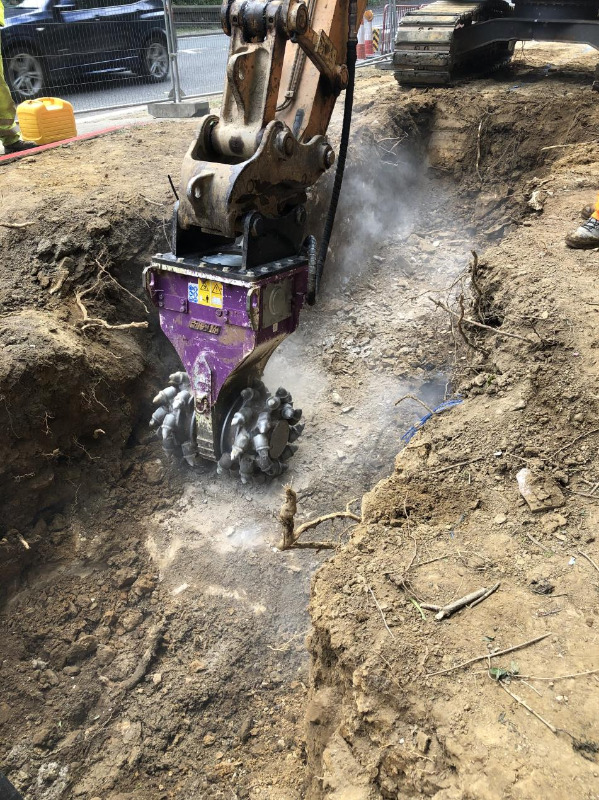 Work to improve the pedestrian area at Crambeck is making good progress
Highways England is carrying out work on many sections of the A64 as part of an ongoing £22 million investment. Since work began the route has benefited from 13 new or improved pedestrian/cyclist crossings, 20 miles of road markings, more than two miles of new cycleways or footpaths and new/renewed safety barriers, and over 2,700 new reflective road studs.

Work to improve safety around the junctions at Crambeck and Welburn has taken several steps forward. A new footpath has been built to link Crambeck and Castle Howard Station Road, and foundations laid for road widening to create new right turn lanes. The project will also see the introduction of five new traffic islands and footpaths, with better junction layouts.

Resurfacing, drainage and junction upgrades have been carried out along the A64 route. Some of the projects have also been developed as part of Highways England’s cycling, safety and integration designated fund, a special pot of £250m to deliver more accessible, inclusive roads that give people the freedom to choose their mode of transport.

“These improvements, which are part of our wider investment to enhance journeys and safety, will make this route safer for walkers, cyclists and the thousands of drivers who use it every day.

“I would like to thank everyone for their patience so far while we’ve been delivering this vital work.”

Good progress has been made on introducing ‘village gateways’ between Welburn and Staxton. The gateways are characterised by features like ‘welcome to’ entry signs asking people to drive carefully, and the circular sign showing a lowered speed limit through the villages.


The village gateway at Staxton is taking shape
Drivers can expect coloured road surfacing, lane narrowing and clear boundaries, as well as extra signage. Each one is being tailored to suit the needs of each area, so improvements will vary from village to village. Work continues until later this year.

The second phase of drainage upgrades between Sherburn and Ganton starts this summer, and will be followed by resurfacing. The carriageway between West and East Heslerton will also be resurfaced.

More schemes are due to get underway in September. Highways England is widening the road, building two bus lay-bys and improving crossing facilities near the petrol station and café at Flaxton Moor. This is followed by work to deliver better signage for the park and ride sites around York, and inform drivers of any queues on the eastbound carriageway approaching Hopgrove.

The ongoing work requires various types of closures so it can be carried out safely and as quickly as possible. For more information follow the Twitter account @HighwaysYORKS.


Further details can also be found at https://highwaysengland.co.uk/programmes/a64-maintenance-improvements or by calling the Highways England Information Line on 0300 123 5000.

If you are due to head out on a daytrip or staycation, journey planning advice, including making sure vehicles are ready for the road, can be found here: https://www.think.gov.uk/campaign/vehicle-safety-checks/

You can find information about how to avoid tailgating by giving fellow road users enough space here: https://highwaysengland.co.uk/staysafestayback/