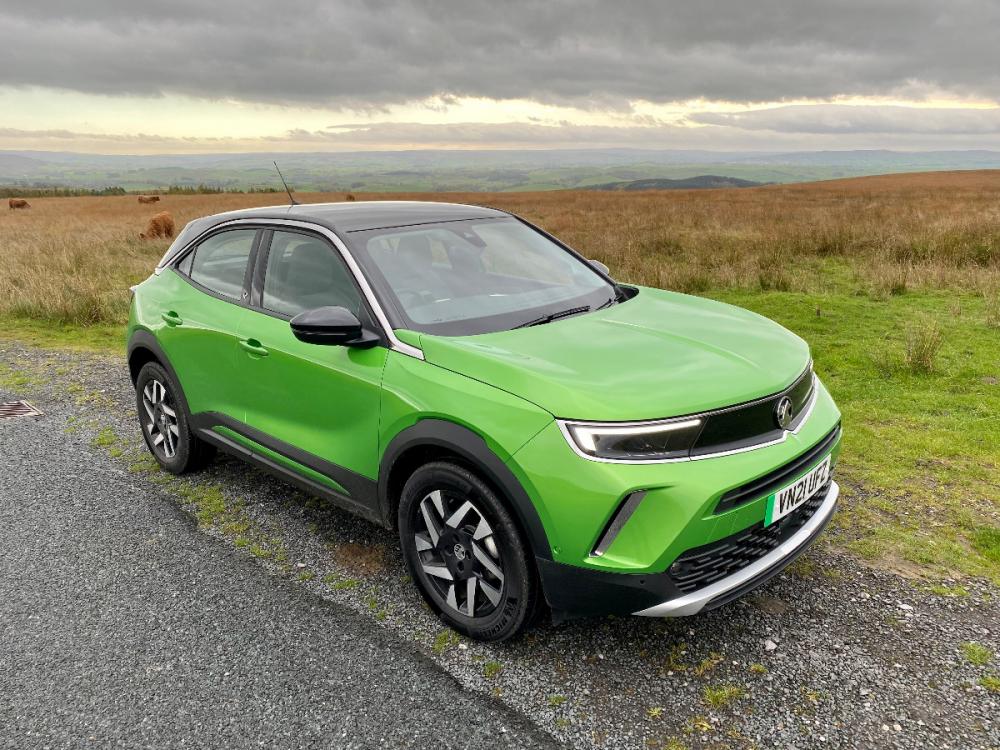 Vauxhall customers are a loyal bunch. Sales of the first generation Mokka are a testament to that, as traditional Astra and Insignia buyers moved on to the delights of SUV motoring.

Now there’s a new and rather striking Mokka on sale and surely the next stage on their automotive journey is to purchase a fully electric version, now on sale.

On my drive this past week has been a green Mokka, in more sense than one, the test car being specified with rather lurid ‘Mamba Green’ paintwork.

Vauxhall tell me that they expect around 16% of new Mokka sales will be the all-electric version.

Pricing is competitive, the ‘Elite Nav Premium’ test car weighing in at £32,080 which includes the deduction of £2,500 for the ever-diminishing government grant. Break the £35,000 threshold and the grant disappears altogether. 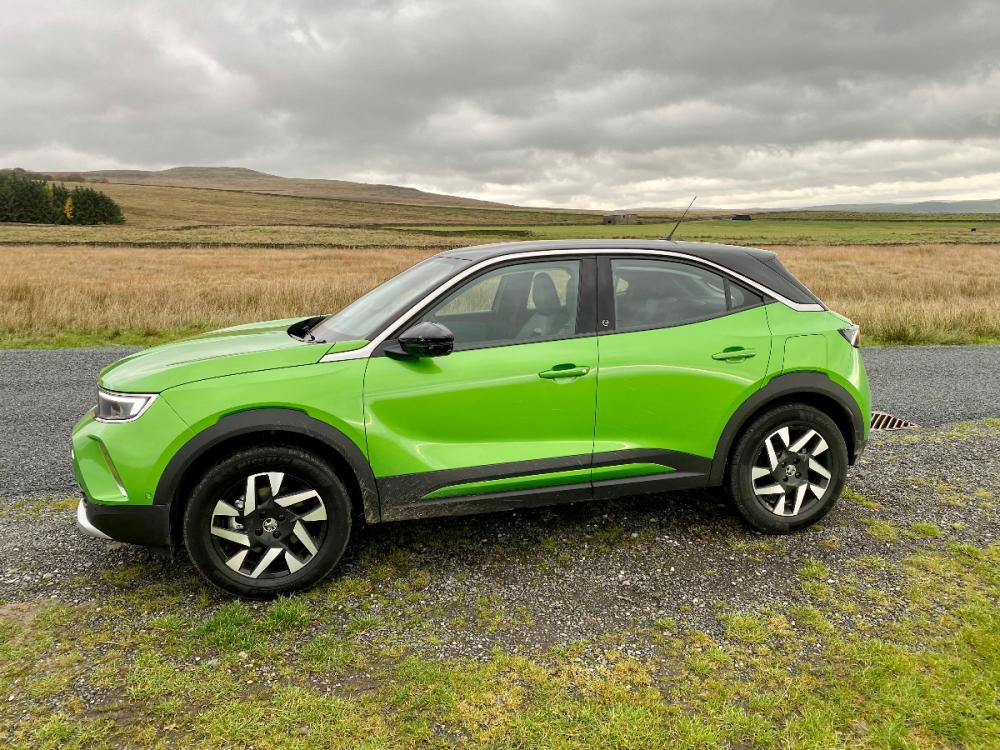 The Mokka-e has a single front-mounted electric motor producing 136PS and 260Nm of torque. Vauxhall’s figures state that the 0-60mph sprint time can be accomplished in as little as 8.7 seconds. With instant power from standstill the Mokka-e does indeed leap away from the lights in a snappy fashion. Some rivals do have a tad more get up and go, however.

High speed cruising is a relaxed affair with wind and road noise pleasantly hushed and overtaking manoeuvres are simple enough provided the car’s ‘Eco’ mode is not deployed. Power is restricted by around 20PS and it shows.

On my usual challenging test routes, the Mokka-e held the road well with demonstrably little body roll. It was hardly fun, but I guess that will not be the prime motivation for purchase. 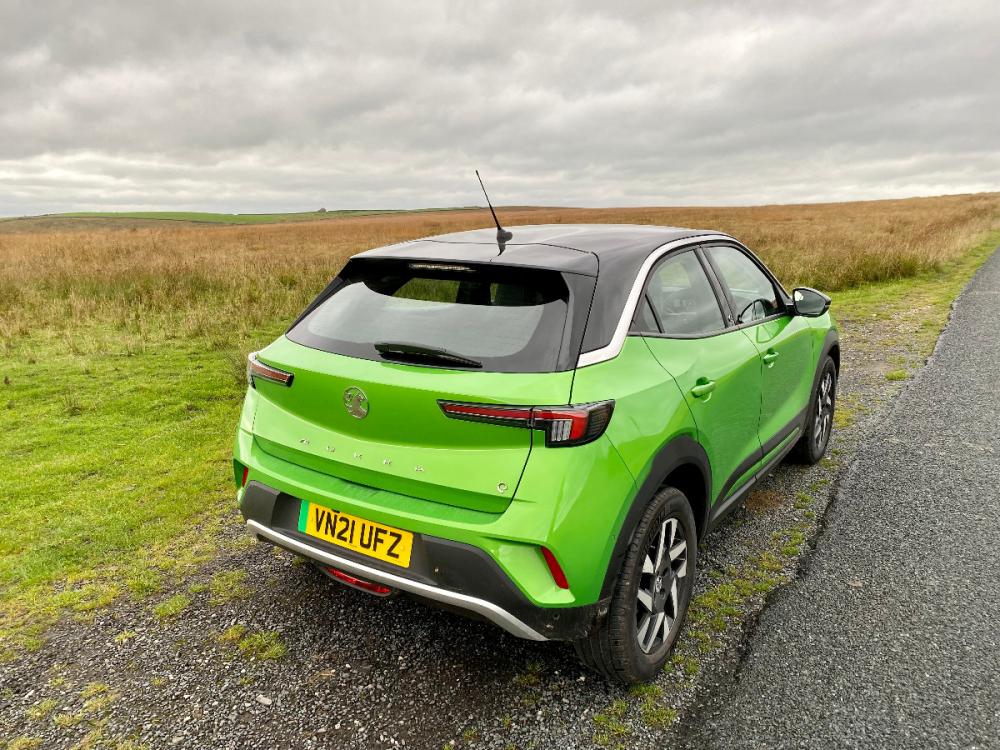 Ride comfort is quite reasonable, especially in the car’s natural urban habitat, but higher speeds on less than smooth roads can upset the car’s equilibrium a tad. In addition, you are always aware of the car’s not inconsiderable weight thanks to the 50kWh battery.

If you are upgrading from a conventional combustion engine car, the Mokka-e is an easy car to adapt to. Throttle response is better than most, making it super easy to drive. The regenerative braking effect, whereby the energy is put back into the battery, is relatively mild and will not disconcert the unwary.

An electric car’s real-world range is what concerns most would-be electric car adopters. Vauxhall quotes 201 miles under the stringent WLTP regime. I would suggest 150/160 is nearer the mark if the car is used for regular out of town driving.

Then of course there is the matter of charging. A home 7kW wallbox should be able to fully recharge the battery from empty in around seven and a half hours. Do so every night and you begin each new day with a full ‘tank’! 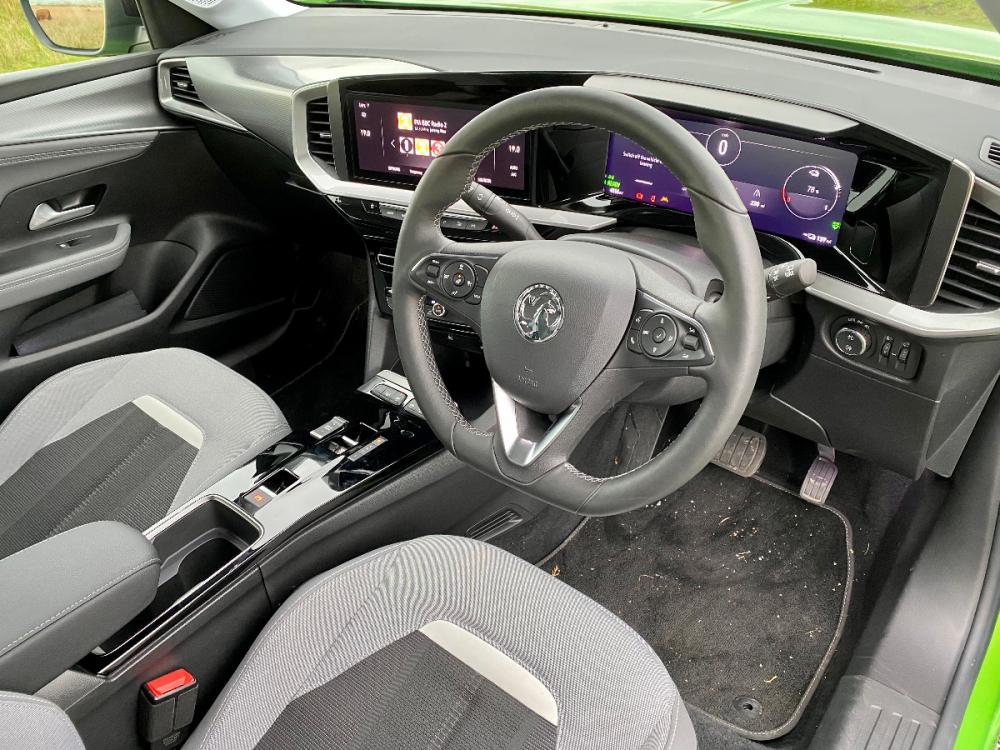 The longer distance EV motorist needs to adopt the mindset of regular stops for a comfort break and to top up the battery. It won’t suit all, especially the more rurally based motorist covering greater distances.

I can report that even in my rural backwater of North Yorkshire, public chargers are starting to appear. My main gripe is still that there are nowhere near enough, considering the government is forcing through the switch away from the combustion engine.

Back to the Mokka and I can report that the cabin is reasonably spacious and will be comfortable for four adults, five at a push. The boot will hold 310 litres of luggage, extendable to 1060 litres with the rear seats folded.

As tested, the Mokka-e is extremely well equipped. Smart alloy wheels and LED lighting are of note, whilst the interior boasts heated front seats and a 10-inch multimedia touchscreen with the usual navigation and connectivity. 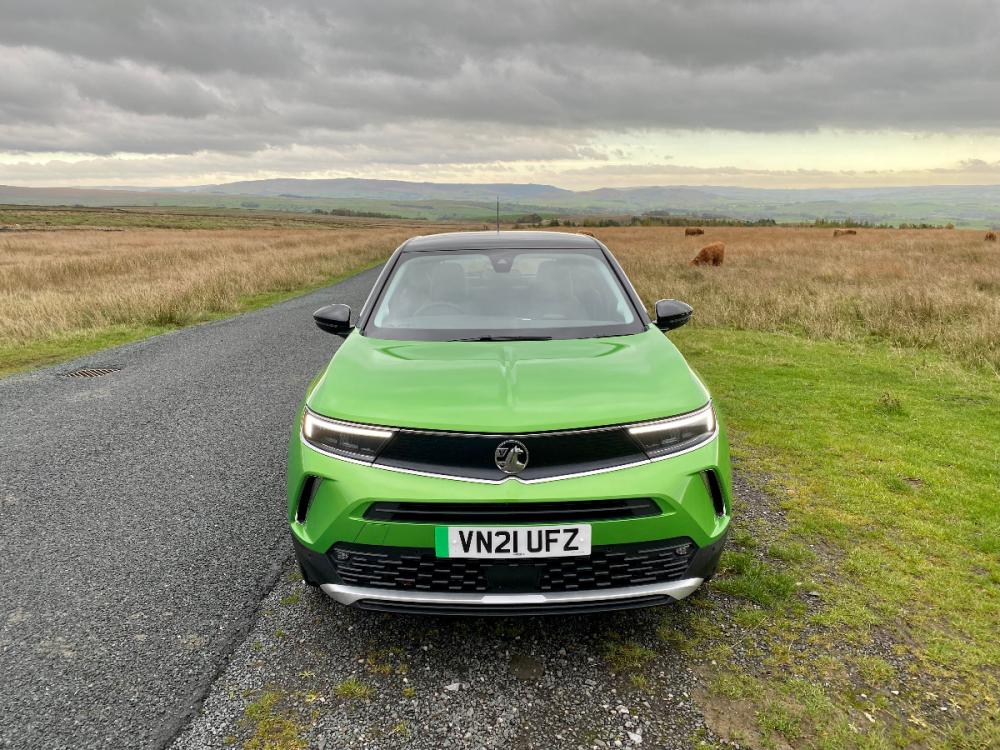 There’s plenty of safety kit as standard too, with automatic city braking and driver drowsiness and forward collision alert systems.

Adaptive cruise control will take the strain out of a motorway jaunt, with blind spot alert and the lane positioning assistant keeping a watchful eye on proceedings.

Overall then, the Mokka-e is a well-judged product that will please existing Vauxhall owners immeasurably should they choose to go down the electric route. However, competition is fierce now in this sector as more and more manufactures ready their ranges of electric cars.

Hyundai’s Kona Electric and sister brand Kia’s e-Niro are the most obvious rivals, and both offer a slightly more appealing drive. Mokka-e counters with a bold new look and will be an easy and undemanding car to own. That in itself will be enough for many.


'My life on contrasts!'
Fast Facts