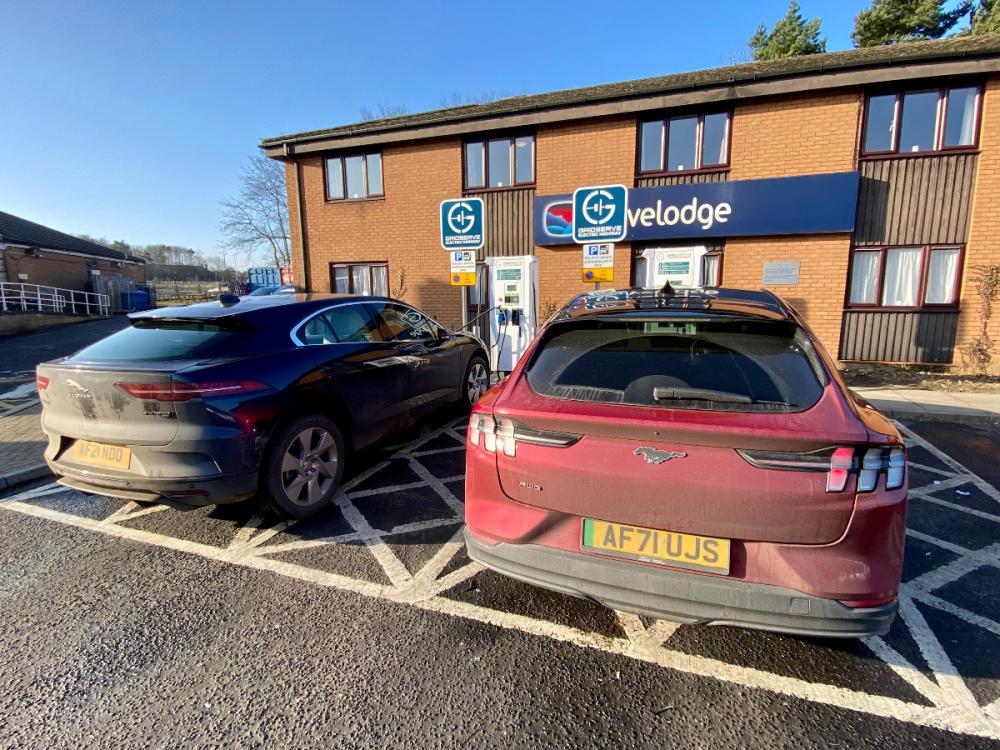 'Just 2 chargepoints at busy Scotch Corner Services'
The UK automotive industry has this week published a new seven-point plan to ensure every driver in Britain can benefit from an electric vehicle charging network that is affordable, available and accessible to all. The plan, designed to drive collaboration between government, industry and all other stakeholders, calls for mandated targets for infrastructure rollout, backed by an independent regulator to keep consumers at the heart of planning.

Since 2011, government, local authorities and the charging infrastructure sector have successfully delivered a 3,000% increase in the number of standard public chargepoints, and the UK’s provision of one rapid charger per 32 battery electric vehicles is the best in the Western world, behind only China (1:11), South Korea (1:12) and Japan (1:17).

However, as demand for electric vehicles has surged – accounting for more than one in six new cars in 2021 – standard public charging infrastructure has struggled to keep pace. Plug-in cars on the road grew by a phenomenal 280.3% between 2019 and 2021, but standard chargepoints increased by just 69.8% in the same period. Meanwhile, battery electric cars in the parc rose by a staggering 586.8%, whereas rapid/ ultra-rapid charger stock grew by only 82.3%. This is undermining consumer confidence to make the switch, with range anxiety now replaced by charging anxiety. 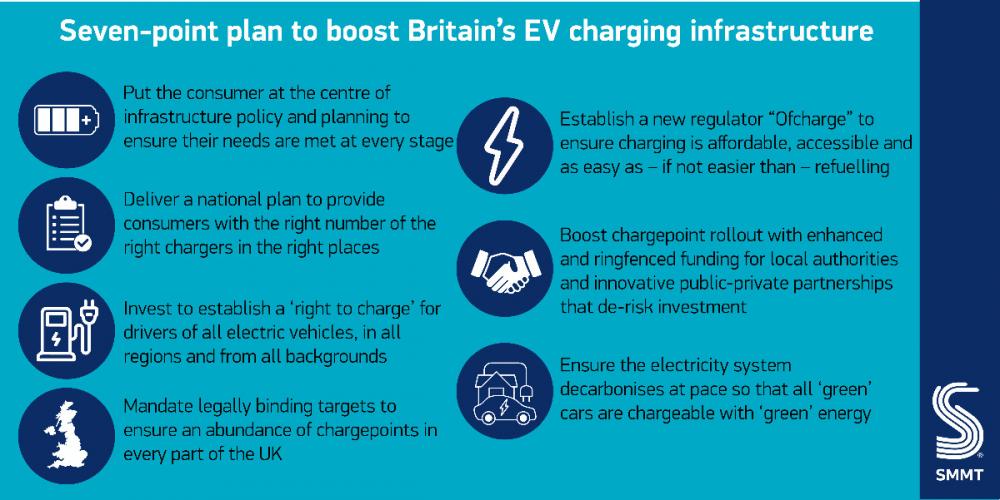 Although most current plug-in car users charge at home, public chargers remain critical to consumer confidence and are still relied upon by many commercial fleets, as well as the third of British households that do not have designated off-street parking. Furthermore, drivers face a growing regional divide in chargepoint availability.

To give all drivers the confidence they will be able to charge as easily as they refuel, wherever they live or work, the sector is proposing a nationally coordinated and locally delivered infrastructure plan that puts the needs of consumers first, while also giving chargepoint operators and local authorities certainty to install the right number of the right chargers in the right places ahead of need, across every part of the UK.

The industry is also calling for the creation of a new regulatory body, ‘Ofcharge’ (the Office of Charging), to monitor the market, including charging price levels and affordability, and to enforce regulated minimum standards. This would keep the consumer at the heart of infrastructure planning and rollout to ensure every region of the UK is in readiness for the end of sale of new petrol and diesel cars in 2030, with a unified approach bringing together drivers, chargepoint operators, energy companies and local authorities.

With car makers having already invested billions of pounds to bring more than 140 models of plug-in car to market in the UK and 55 more to be launched this year, a guarantee on infrastructure provision will give consumers the confidence to make the switch in even greater numbers
Also by Andy Harris...
Kia Range Day DelightsWhat Is Courier Fraud? We Find Out!New Range Rover Sport RevealedHayfever And Driving - Help And AdviceA Voyage Of Discovery – A Week With Land Rover’s Finest