NHS Test and Trace has now reached almost half a million people, including those testing positive and their contacts, to slow the transmission of coronavirus in England.

More than 1 in 10 people in England have been tested at least once since the service launched
Weekly statistics show NHS Test and Trace has now successfully reached almost 500,000 people testing positive and their contacts
The median distance travelled for in-person tests is 5.2 miles ‘as the crow flies’, with 28 new local test sites opening this week to help reduce distances even further 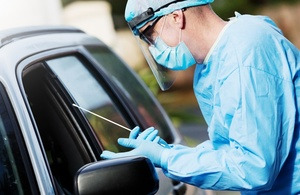 This comes after it was announced that those people asked to self-isolate who are on low incomes and are unable to work from home will be eligible for financial support of £500 to stay at home, while those breaking the rules risk fines of at least £1,000.

Since the launch of NHS Test and Trace on 28 May, more than 11% of people living in England have been tested at least once. This includes regular retesting of care home staff and residents, as the service sends out over 100,000 tests a day to care homes.

The number of people testing positive this week has increased, with NHS Test and Trace continuing to reach the vast majority of positive cases and their contacts. This week the service successfully reached 77.7% of people who tested positive and 84.7% of the contacts where communication details were provided.

Work continues to expand testing capacity across the UK, to reach a target of 500,000 tests a day by the end of October. More labs across the country are joining the network, with automation driving increases in tests processed each day at the country’s Lighthouse Labs. In a drive to reach 500, 28 new test sites will be opening this week, reducing the distance people need to travel to get a test.

The statistics show that the median distance travelled currently stands at 5.2 miles. Since 16 September, daily testing capacity has already increased by nearly 16,000 tests a day, from 242,911 to 258,877 on 23 September. The median time taken to receive a result from a test taken in person was 30 to 34 hours, with 52.9% of results received the day after they were taken.

"NHS Test and Trace has reached a milestone moment this week, successfully reaching almost half a million people and advising them to self-isolate. We are supporting those testing positive and their contacts to stay at home to stop transmission.

"The new COVID-19 app launched today will help us go even further, alerting users if they have been in close contact with someone with the virus, even if they do not know each other. I hope everyone across England and Wales downloads it today to help protect those around them from the spread of the virus.

"While millions of people in England have now successfully been tested, we continue to see unprecedented demand. We continue to work tirelessly to build our testing capacity to meet this and our target of 500,000 tests a day, building our lab network and testing sites across the country."


The guidance for testing remains in place, with only those experiencing symptoms eligible for tests. Symptoms of coronavirus are a new continuous cough, high temperature and/or a loss or change in taste or smell. People requiring tests are advised to make appointments at test sites, with new slots available throughout the day.