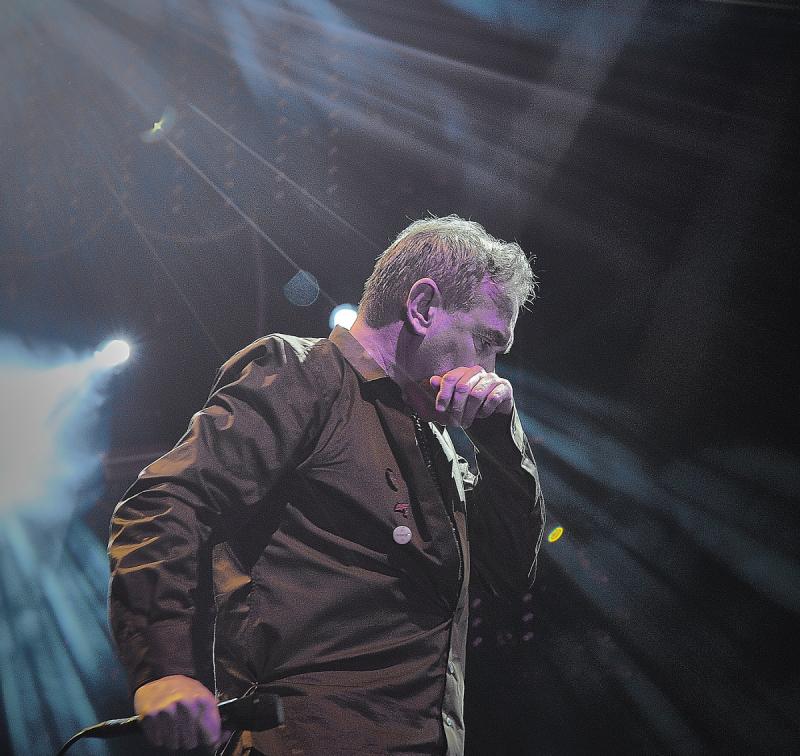 Move over Brexit – Morrissey is in town. Morrissey for some people can do no wrong and for other people he can do no right. He was born to divide a nation. An artist to his core.

In the spotlight for 35 years – his quotes have informed, entertained, shocked and bewildered a public who by and large have drawn their own ill-informed conclusions on this most misunderstood man. I figure with Morrissey you’re either in or you’re out. I’m in. He has an adoring fan base.

I have to confess that The Smiths were not totally my cup of tea but it’s an undeniable fact that they wrote some unique and memorable songs. If The Smiths showcased a new and exciting English singer then the arrival of the post Smiths, Morrissey solo album, Viva Hate in 1988, signalled the intent and ambition of the man to forge his own career. 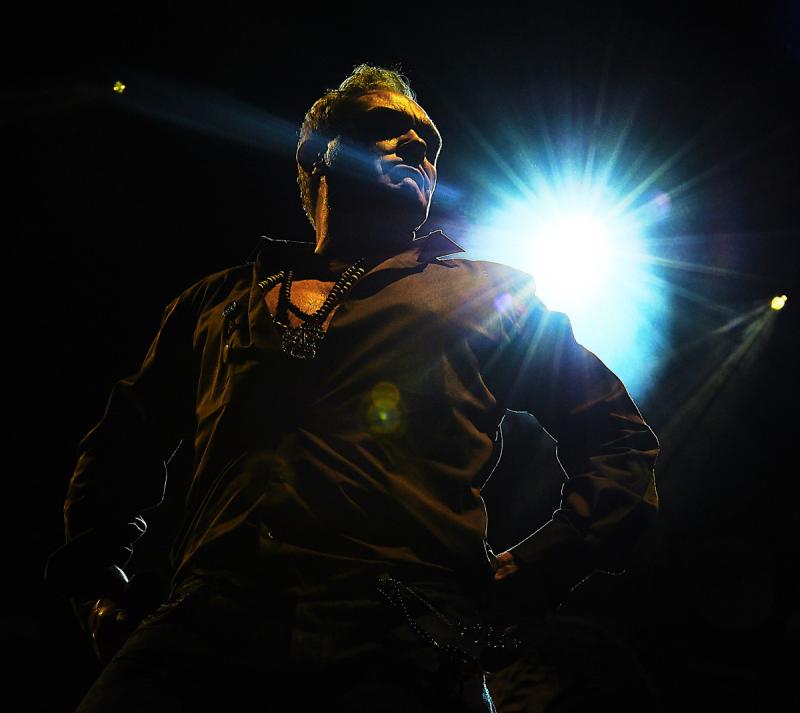 Many have attempted to explore his public and private legacy but I suspect few have successfully captured the essence of this 57 year old Lancastrian. It’s a tribute to him that he has survived both press and public scrutiny alike.

Tonight is not about judging Morrissey on his quotes – often twisted and taken out of context by the press.

Tonight is about his performance.

When the lights go down there will be a tension in the air that something is about to happen. I’ve never been disappointed by any of his shows and over the years since the late ‘80’s I’m a veteran of six.

Leeds Arena is largely full. There may be a few gaps here and there but to all intents and purposes the gig is sold out. This cavernous hangar is full. Morrissey can still pull them in. Different generations. Original fans and new ones.

He is due on stage at 9.00pm. At 8.30pm a large screen covering the stage is saturated with old video clips of the Ramones, New York Dolls and a number of other iconic images borrowed from the ‘60’s and the 70’s. The hors d’oeuvre before the main course. 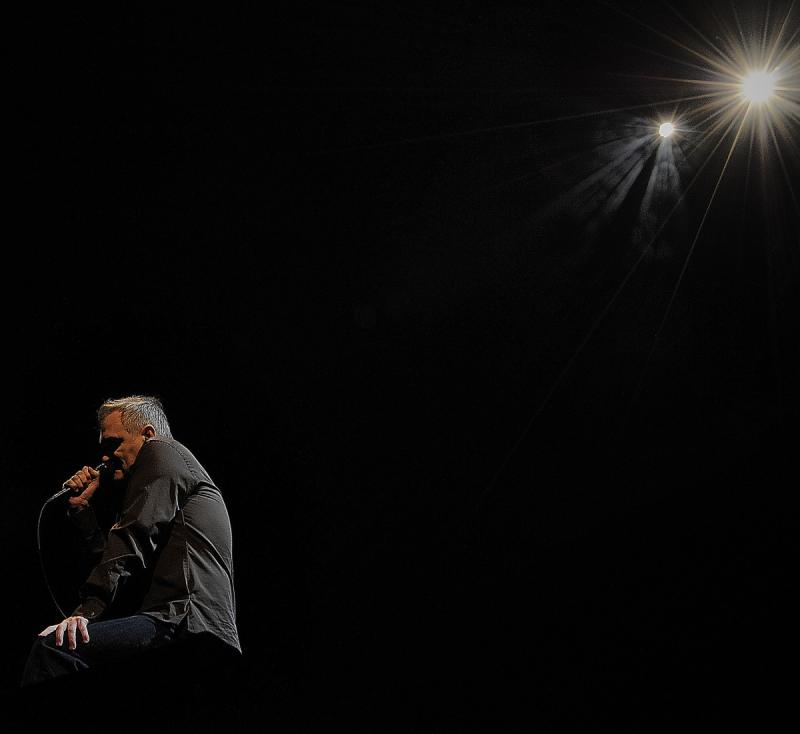 When the video clips end – the band stride to the stage to play their opening song You’ll Be Gone – an Elvis Presley cover.

They’re in good form and Morrissey is looking healthy and confident. He’s almost statesman like in another familiar musical constituency.

He articulates that he is very happy to back in Leeds again.


Also by David J Markham...
Exhibition: Henry Moore: ConfigurationAge Shall Not Weary Him Nor The Years CondemnAfter Leeds It Must Be York….The Specials - Leeds O2 Academy - Would You Vote For Them?David Byrne - A Real Live Talking Head
They head towards the last single Jacky’s Only Happy When She’s Up on the Stage and it’s a cracker – the crowd love it. Munich Air Disaster 1958 follows shortly after – his tender tribute to the Manchester United players who lost their lives on that wintery February night in 1958.

The second half of the set relies heavily on the last album Low in High School and is punctuated with the Pretenders song Back on the Chain Gang. It’s a curious choice but it goes down particularly well with the audience.

Some songs are accompanied by graphic videos on a screen behind the drummer. Who will Protect us From the Police? and The Bullfighter Dies both have videos that force the viewer to reflect.

He advises the harder we try to forget – the more we seem to remember. He’s never one to skimp on one liners during any show and tonight is no exception. 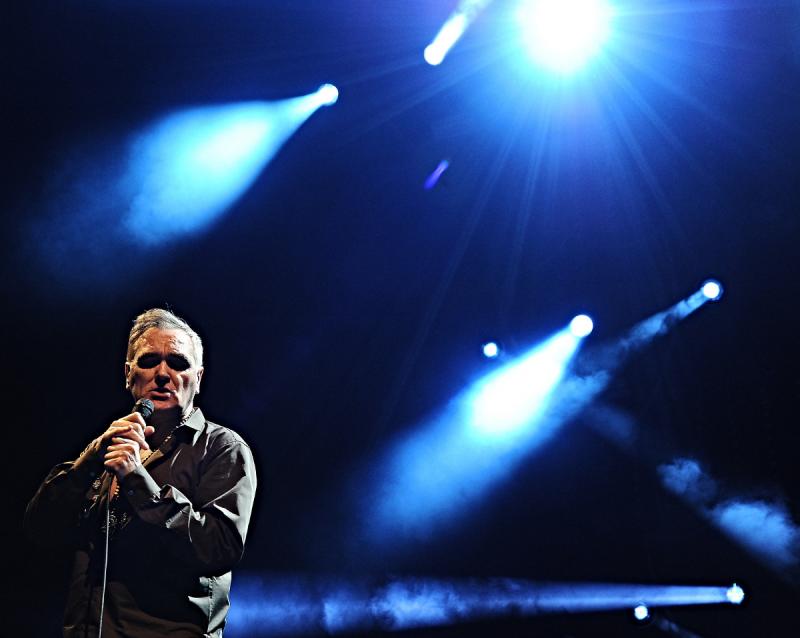 The last two songs of the set are stunning in every respect. A great light show with an incredible wall of sound. How Soon is Now brings the house down.

He leans forward to touch the outstretched hands of his fans as they are carted away by security.

As the song comes to an end it leads to a small piano interlude of a minute or so with Morrissey crouching on the floor throughout - before launching into Every Day is Like Sunday. Morrissey’s voice soars.

He’s sounding better than ever. It’s a rich version of a classic. In the final throes of the song Morrissey rips his shirt off and before you know it – it’s been thrown into the audience.

This largely American band has done its job. They are as tight as any bandleader could wish for. Morrissey suggests that his longtime guitarist Boz Boorer is from Skipton. I would suggest differently. Morrissey can be a very comical and witty frontman when he chooses and tonight his timing is impeccable. 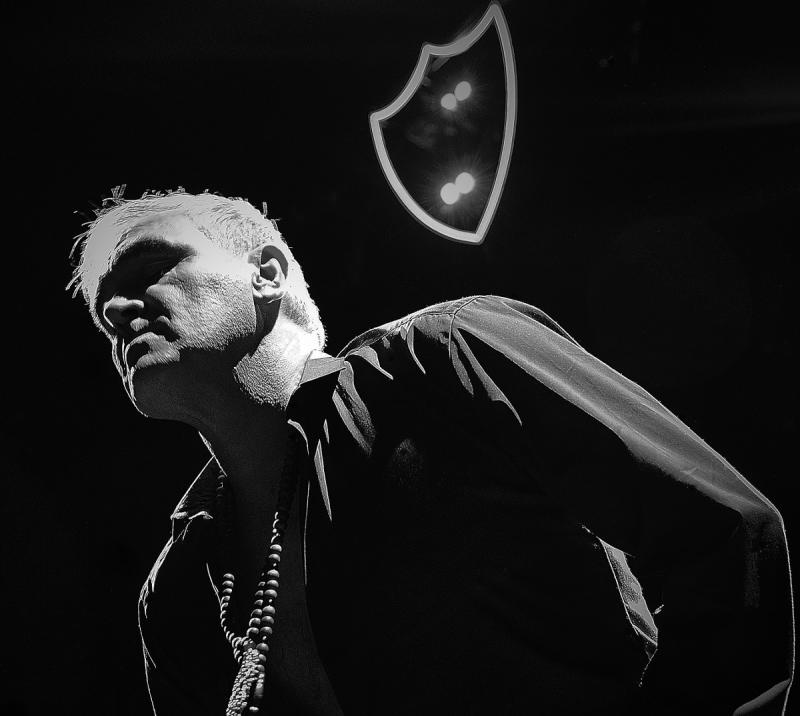 As the cheers build for an encore the band walk back on stage to strike up the opening chords of Irish Blood English Heart. It never fails to please. Then they are gone.

The crowd begin to make their way to the Leeds side streets. They pour out of the venue and into the cool night air. Many have smiles on their faces.

Morrissey delivers time and time again and yet the knockers will still try and have their say. After a performance like last night it’s difficult not to believe that it’s Morrissey who always has the last laugh.

Oh sure – you can always predict that the Press will make a big deal out of some of his quotes but why don’t we all just let his music tell the tale.