Grandma Marie Fenn with Esme
The mother of a baby girl who was able to spend some precious moments with her critically ill grandma before she passed away thanks to the efforts of hospital staff is raising money for the department.

In July 2019 Donna McEnery was in labour with her daughter Esme when she got the news that her mum, Marie Fenn, who had a long term respiratory illness, had deteriorated and did not have long left to live.

When Esme was born it was not possible for her to visit her grandma on the Brearley 4 respiratory ward at the Northern General Hospital because of the infection risks to babies with immature immune systems, so the staff arranged for Marie, who was dependent on oxygen therapy, to be taken outside so she could see her new born granddaughter.

Donna, 40, of Wakefield, said: “After Esme was born I was despairing at the fact I couldn’t take her onto the ward because I so badly wanted mum to be able to meet her.

“But the doctors and nurses bent over backwards to find a way they could make it happen. 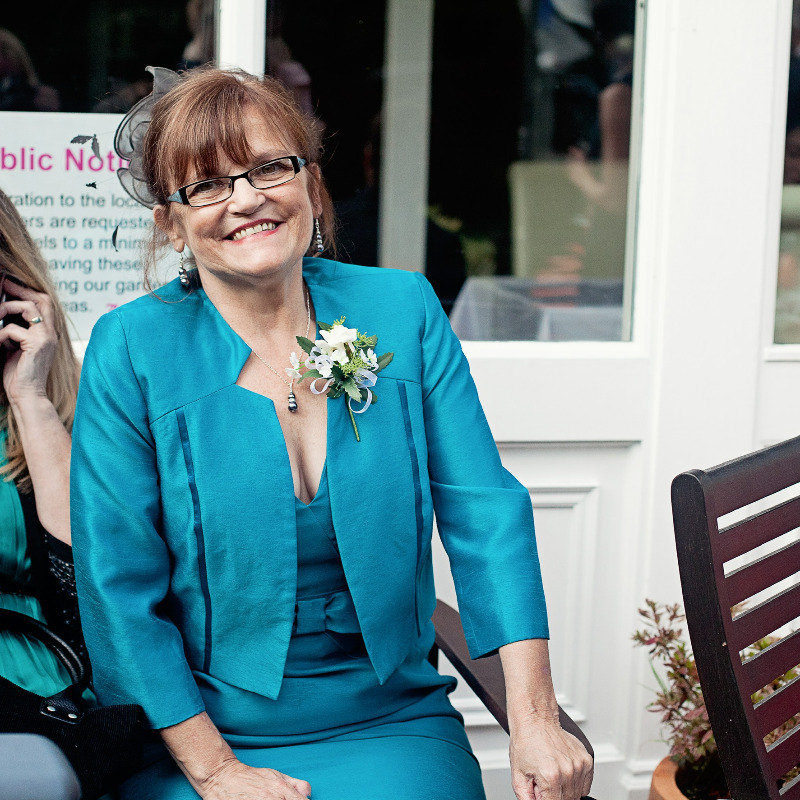 Donna
“With the help of a support worker mum was brought outside where my husband and I met her with Esme. It was so emotional because we thought it may well be a first and last meeting. This came at a time when we had to have some very difficult conversations about ending mum’s care because she was in respiratory failure.”

But Marie, who Donna described as ‘resilient and a real trooper’, held on for long enough to see Esme again while she was receiving palliative care, and her granddaughter was by her side at the moment she passed away.

Donna said: “Again the staff did so much to make sure mum was comfortable and we could be with her when she died.

“Mum was able to have Esme lay on the bed with her and hold her hand. When she died she told me not to be sad, that she had held on to make sure Esme was okay. It was the most painful conversation to have. I knew mum was terminally ill but I wasn’t quite ready to let her go as I had expected her to be involved in my maternity leave and to show me how to be a great mum.

“We were incredibly close, she was my best friend, and it means so much to have such beautiful memories that I can share with Esme as she grows up. It only happened because the hospital team had such a close relationship with mum and they knew it was such a special time with me having my first child. It is something my family will be forever grateful for. ”

Marie, who was 64 and lived in Sheffield, had Chronic Obstructive Pulmonary Disease (COPD) and Emphysema for over 15 years, and the team that cared for her both in the community and at the Northern General got to know her well.

Donna said: “Mum was 24 hours dependent on oxygen and was pretty-much housebound, but she was a great patient and managed her condition very well over the years. I was incredibly proud of her.

“There were times when she was on the respiratory support unit but she bounced back. She always put on a brave face. When we went to her community consultant appointments with Dr Rod Lawson (Marie’s Respiratory Consultant) she would get dressed up to show she was managing. The reality of her condition was tough but mum never let it show.”

One year on from Marie’s death, Donna is now undertaking a sponsored 10k walk in the Peak District with Esme in her pram to raise money for Brearley 4.

She has previously raised £1,000 by taking part in the Sheffield Hospitals Charity’s Walk for Wards event, and a further £1,000 with a collection at Marie’s funeral.

She has also agreed that Marie’s story can be used in teaching sessions to inspire student medics.

Dr Lawson said: “Marie had been ill with COPD for many years, and it was an ongoing struggle. She was very ably supported by Donna who I got to know quite well.

“One particular memory is an occasion when we had to have a discussion about whether to continue aggressive treatment or whether it was best to focus on keeping her comfortable. When I had summed up so there could be no misunderstanding, Donna said ‘Dr Lawson, it must be really difficult for you having these conversations’. I was incredibly touched that in their own extreme circumstances they should stop to consider my human feelings.

“When it became clear that the end was approaching, it was the goal of all of us for Marie to stay alive long enough to meet her granddaughter.

“I think every doctor has patients who shape their practice, and reminds us why we do what we do. Marie and Donna remain at the top of my list. They are an inspirational family and I am very touched that Donna should be continuing to support the hospital and our staff.”

The fundraising walk takes place on August 21st. If you would like to sponsor Donna, please visit https://www.justgiving.com/fundraising/donna-mcenery

“We are always so grateful to our supporters, so if you’d like to support patients and the staff that care for them in Sheffield hospitals, please visit www.sheffieldhospitalscharity.org.uk."