Music At The Jubilee

Around the world it is widely acknowledged that the British do pomp, pageantry, and ceremonial extremely well.

Whether it be the Trooping of the Colour or a service in our de facto national cathedral, St Paul’s, the grandeur of the music from the Kneller Hall State Trumpeters, military bands, organs, or our cathedral choirs, make us proud of our long traditions and our heritage.

For the Trooping of the Colour, which marks the British Sovereign’s official birthday, a throng of soldiers, horses and musicians join in the celebration, which is a tradition that started in 1748. This year the Colour trooped was that of the 1st Battalion Irish Guards,

The spectacle of precision dressed in red, gold and silver was accompanied by pipers and drums of the massed bands representing the best of our military.

Among the tunes played are The March of the Grenadier Guards, a quick 17th-century march believed to have been heard at the original Trooping of the Colour, Men of Harlech, Meyerbeer’s Les Huguenots and Irish Saffron. 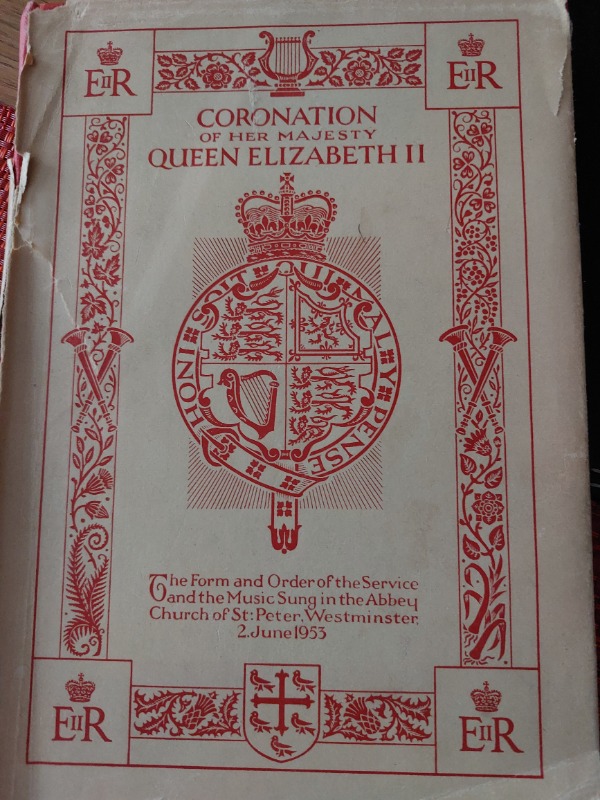 Sixty nine years ago on 2 June 1953 Queen Elizabeth II was crowned in a service which followed the main liturgical forms used at previous coronations in the twentieth century. 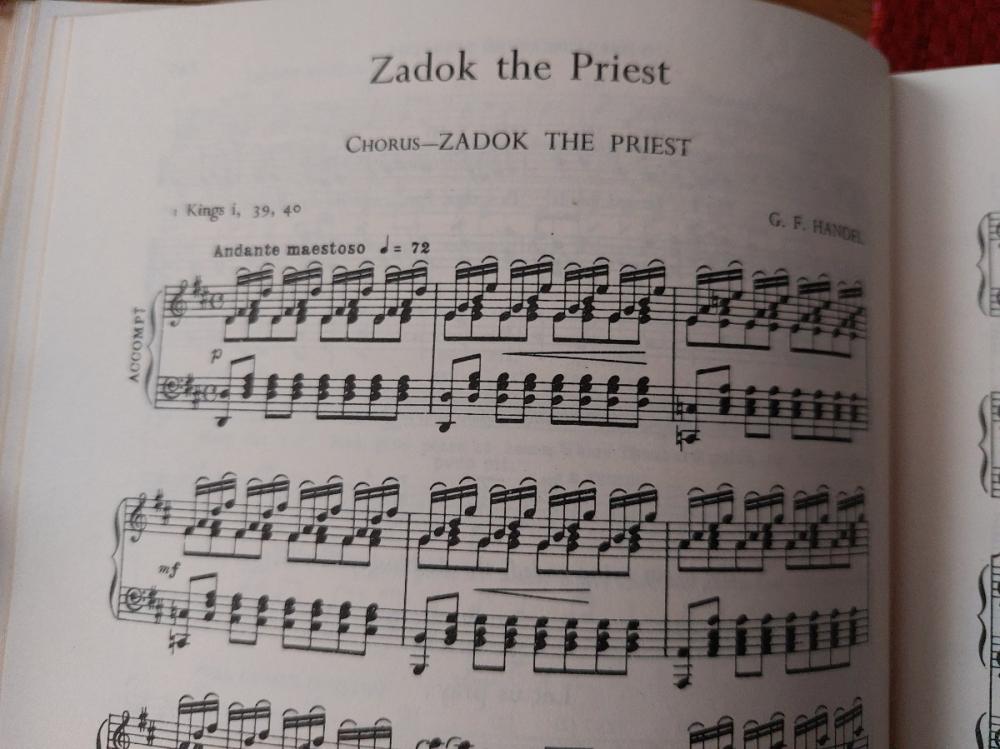 Two staples of the service are Handel’s Zadok The Priest which is the only composition to have attained a permanent place, hallowed by tradition going back to the Coronation of King George II for which it was written to be sung during the Anointing. Perhaps it is the more popular of the four coronation anthems. The moment those soft strings begin their gradual crescendo to the climatic 'Zadok The Priest and Nathan the prophet' the hairs on my arm begin to stir.

The other staple must be one of the most stirring compositions in the repertoire: Parry’s I was Glad. It is sung during the Monarch’s entrance into the Church and has now been used at four successive coronations: Edward VII, George V, George VI, and Elizabeth II. It incorporates the traditional shouts of 'Vivat' from the Westminster Scholars. We heard it at the Service of Thanksgiving. Not that listeners to Radio 4's presentation for the Service of Thanksgiving would have been able to appreciate it. Whilst I understand the need for commentary there has to be some consideration given to speaking over music. The presentation team made the cardinal sin of talking during the instrumental parts of the anthem and also whilst the State Trumpeters were announcing the start of the service with a fanfare. It is disrespectful.

I have always been moved by its powerful introduction and whenever I hear its majestic opening it sends shivers down my spine. A few years ago I was taken aback by the brilliant Ian Shaw, when as organist at Durham Cathedral working with the great music director there at the time, Richard Lloyd. Shaw's introduction was full of majesty and power using the fantastic reeds. I had, and still have not heard, the introduction played like this. What do you think?

There is a conspiracy theory that in addition to William Walton’s two great masterpieces: Crown Imperial written for George VIs 1937 Coronation and the Orb & Sceptre written for Coronation of Elizabeth II, he wrote a third to be used for the time Prince Charles becomes King. Whether it’s true or not who knows? But we do like a rumour. Both Walton’s marches are superb my favourite being the Crown Imperial. Let us not forget Walton’s magisterial Te Deum for two choirs, two semi- choruses, boys’ voices, organ, orchestra, and military brass that rounded off the 1953 service, superbly captures the spirit of all the elements of this paean of praise.

2022 marks the 150th anniversary of Vaughan Williams' birth and if there was ever an introduction to a hymn that stirs passion it has to be his arrangement of The Old One Hundredth (All people that on Earth) written for the 1953 Coronation, as was his motet O taste and see simplicity at it best and probably accounts for its ubiquitous use in cathedrals and churches. Also sung in the service was the Sanctus from his beautiful Mass in G minor. Another composer steeped in the English choral tradition is Stanford and his grand scale Gloria in excelsis was caught the festal element of thanksgiving .
With its look back to the great polyphonic period of English music: Tallis’ Litany, Gibbons’ eight part O clap your hands and Byrd’s I will not leave you comfortless were sung.

The Coronation is a feast of both reflective and celebratory music whilst respecting solemnity and for this article I consulted my copies of The Form and Order of the Service and the Music sung in the Abbey Church of St Peter, Westminster for both Edward VII and our present Queen. The interesting Preface details information about the history of the service and the author for Edward VII was F G Edwards with Frank Howes writing for the latter.

There are four main elements to the Coronation:

The Entrance of Her Majesty into the Church, the Recognition, the Oath, and the presenting of the Bible

The Celebration of Holy Communion, which contains within it

The Consecration of the Queen by Anointing, Investiture, Coronation and Enthroning, together with the Homage paid to Her Majesty and then

A final act of thanksgiving which includes the singing of Te Deum and the National Anthem.

The Platinum Jubilee Service of Thanksgiving has elements of the traditional with the great Parry anthem and a new piece written by the current Master of the Queen’s Music Judith Weir By Wisdom specially composed for the occasion with the words from Proverbs 3 12-19. The beauty of this service was reflected in Psalm 24 to a chant by Joseph Barnaby, English psalm singing is sublime. Benedicite by Dr Francis Jackson, who died in January aged 104, represents our tradition of fine church music. Before the service Handel’s Royal Fireworks Music, Vaughan Williams’ English Folk Suite as well as the second of his Three Preludes founded on Welsh Hymn Tunes, the beautiful Rhosymedre. Holst’s First Suite in D and Mendelssohn's Prelude and Fugue in Gwas also. heard.

The Choir of St Paul’s Cathedral were joined by the Choir of the Chapel Royal and bands from the Coldstream Guards, Royal Marines, and the Central Band of the Royal Air Force as well, of course and the State Trumpeters of the Household Cavalry.

As editor of Cathedral Music magazine, I wrote in 2002 that the whole jubilee event showed what we are good at, this weekend shows we are still excelling at pomp and ceremony.
Also by Andrew Palmer...
Remembering Harry Gration MBEClassical Music Album: Reynaldo Hahn Poèmes & ValsesClassical Music Album: William Bolcom The Complete RagsWeekend Dining: A London Thai Experience Comes To YorkClassical Music Album: Schubert Die Schöne Müllerin
More in this series...
Queen’s Property Portfolio Worth £3.7bnPlatinum Jubilee Coronation ChickenRoyal Family's Favourite Games To Play During The Jubilee CelebrationsHappy And Glorious!The Queen And Her CarsThe Queen's Dogs Over The YearsPlatinum Jubilee: Celebrate With The Queen’s Favourite Fragrance3 Patriotic Cocktails To Celebrate The Platinum JubileePlatinum Jubilee Celebrations Around The WorldThe Jubilee WeekendRoyals On Rails At The National Railway MuseumVisit The World's Smallest Jubilee PartyQueen's Jubilee: How To Celebrate 70 Years SustainablyCan You Spot The Crown In This Jubilee-Themed Brainteaser?6p Pints Up For Grabs At Greene King Local Pubs8 Cake Portraits Of The Queen To Celebrate The Platinum JubileeIt's Jubilee Weekend Next Week Let's Raise A Glass Of FizzThe Union Jack Jubilee Brainteaser That 65% Of People Are Giving Up OnInsuring Your Jubilee Street PartyPlatinum Jubilee: Stay Alert For Street Party Road Closures