Music Of The Heavenly Spheres: Gesualdo Six At Harrogate Festival 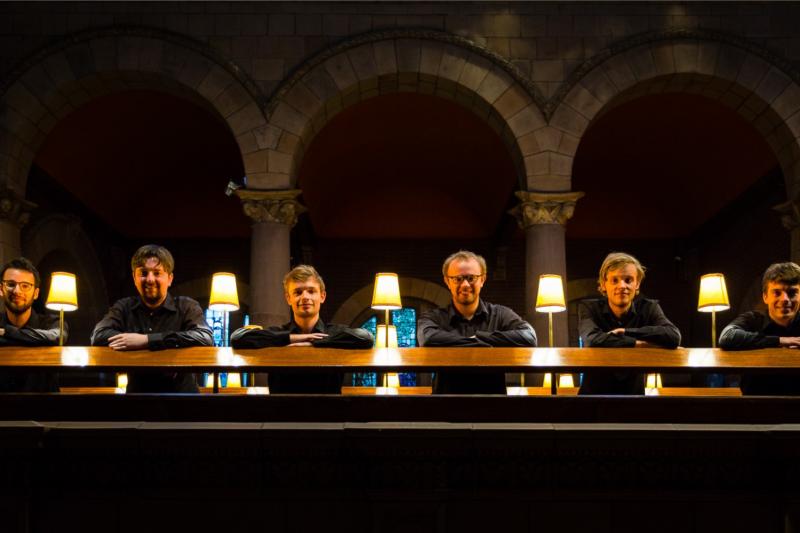 Gesualdo Six
An annual pilgrimage to the opulent setting of Harrogate’s St Wilfrid’s Church yielded, in the very best sense, no surprises; the bar for the near-institution of choral performances here is exceeding high. But the huge illuminated moon hanging over the pews and dominating the eye line was a splendid secular counter-intuition in a liturgical context. Celebrating the fifty years since the first lunar landing, Luke Jerram’s ‘Museum of the Moon’ installation has been touring the country.

And the irony was not wasted on Owain Park, founder and conductor of this year’s visitors to St Wilfrid’s, Gesualdo Six, who reminded us that the globe suspended before him was a serendipitous coincidence: the generic title of the performance was ‘Music of the Heavenly Spheres’. And if you were minded to reflect on a more profound parallel, the desperate beauty of the second motet of Tim Watts’ sublime Kepler-Motetten, sung after the interval, was an echo in darkness. Bearing the character of words speaking only unto themselves, Gesualdo’s harrowing rendition evoked a sense of cosmic loss and isolation as near total as that vouchsafed in permanent exile. I was minded, apropos of the plaintive desolation of the voices, to think of the forsaken godlessness of a Beckett play, if not also of Friedrich Hölderlin, the German Romantic poet whose luminous lines inform Watts’ music. 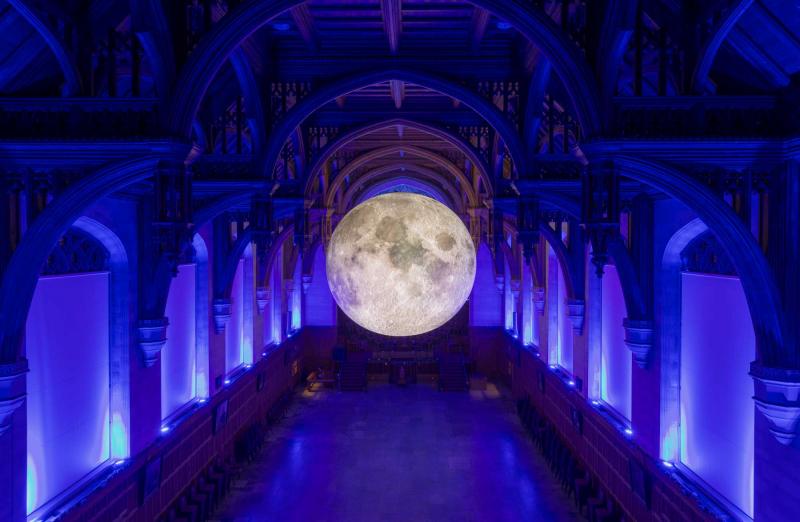 Museum of the Moon
Gesualdo Six, though given exclusively to early music in the initial stages of their tenure, have fledged to incorporate Renaissance polyphony and modern choral pieces in a diverse repertoire, as this Harrogate Festival event fully testified. Much weight was gifted to Guy James and Tom Lilburn, the two phenomenally able countertenors, in Friday’s performance. Emergent especially in the magnificent solemnity of Hildegard von Bingen’s Alleluia! O virga mediatrix, where Guy James processed slowly down the nave decanting spectral light on the audience, his voice became the conduit to an extraordinary spirituality.


Also by Steve Whitaker...
Poem Of The Week: 'Fox' By Graham MortAn Unreliable Narrator: The Outsiders By James CorbettPoem Of The Week: 'At The Juliet House, Verona' By Chrissy BanksPoem Of The Week: 'Hunt' By Róisin TierneyA Spell For The Departed: How To Burn A Woman By Claire Askew
Not that the music was at any time overwhelmed by the dynamic of individual expression. The expert calibration of the Renaissance pieces foregrounded personal skill without compromising general integrity. In a variation from their established approach, and alongside the countertenors, Friday’s ensemble comprised a tenor, baritone and bass, with Owain Park himself providing the gravitas of an additional bass in some of the pieces.
And Park’s voice is a very powerful tool, anchoring the complex textures and range explorations of mixed voices in a deep undertow. The central section of Friday’s performance was given over largely to motets of the Renaissance, and included Byrd’s Ave Maria, de Lassus’ Qui timet Deum and an astonishingly rich, multi-layered rendering of Palestrina’s Tu es Petrus, whose brevity somehow added to its distillation of the sublime.

Gesualdo Six’s short history – they were founded as recently as 2014 - is an object lesson in warranted ascendancy. Much travelled, broadcast and recorded, the peripatetic Cambridge-based ensemble’s enormous success resides in its forward-looking eclecticism and manifestly pre-eminent quality. The Harrogate Arts Festival ‘Concert by Candlelight’ strand could not have procured the services of finer exponents of sacred music.