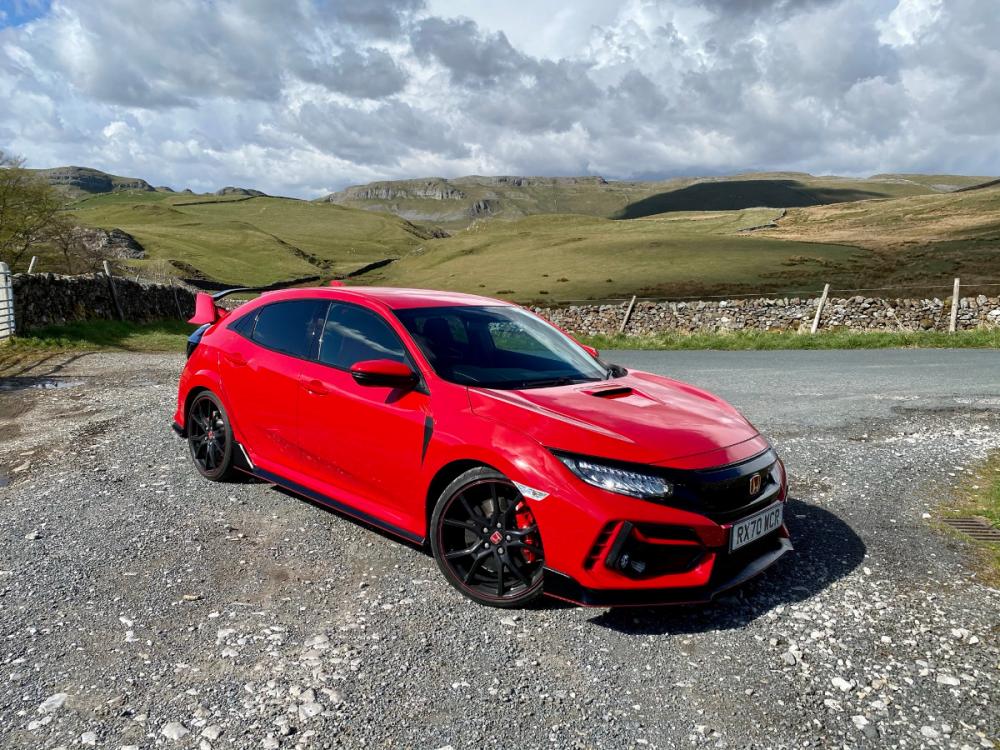 ‘Civic Type R - not for the shy and retiring!’
May

The month started with a week with the updated version of Honda’s mad, bad Civic Type R. Exceptionally quick in the real world, but a tad more civilised if you are not in the mood. Always a car I enjoy driving but have no desire to own. I’ve never warmed to the car’s challenging looks and if a hot hatch were to be my thing, a more under the radar Golf R would be more to my taste.

The Type R was swapped for a jolly Jazz, with its now standard fit hybrid powerplant. Still a packaging marvel and exceptionally frugal even with my heavy-footed driving style, I was surprised at how much I enjoyed my week. Yes, I am getting old, but sometimes you just want an easy-going, undemanding car to get you from A to B and for that the Jazz delivers.

As I often do, I helped a friend buy a new car and with time being short, I purchased her old Fiesta ST3. The idea was to tidy the car up, have a bit of fun for a few months and sell it on. I enjoyed the process - wheels to refurbish, paintwork to sort out and a deep clean were just some of the tasks undertaken. It all took more time, cost more money and I never really found time to drive the car… 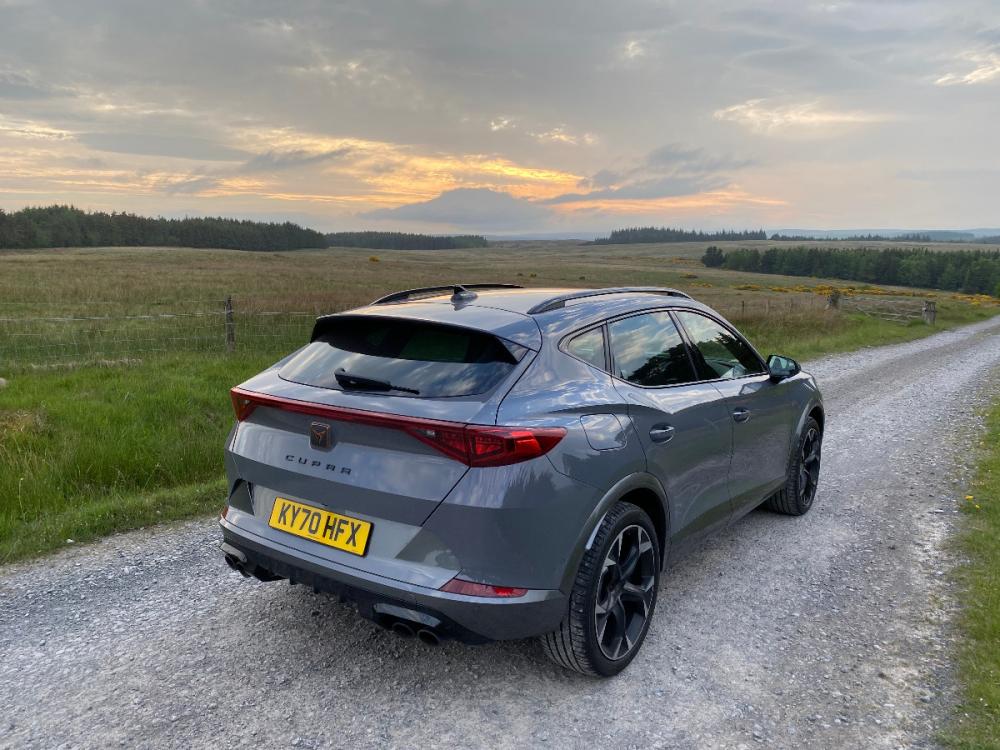 ‘Fab Formentor strikes a pose’
A press day for the inaugural Yorkshire Motorsport Festival saw me head to Holmfirth, where some fabulous cars were assembled for invited local bigwigs and media types. I turned up in the Jazz and hid it in a corner of the muddy car park…

This excellent event is set to return in June of next year and will run over three days once again. Put 24-26th June in your diary.


The month ended with a week with Cupra’s feisty Formentor. If I may quote from my review:

“It does all the practical, family things you might reasonably ask of an SUV, yet is capable of offering genuine thrills behind the wheel. It is real world quick and engaging.”

It was a car that I was quietly hoping the SEAT press office would forget that I had.

Off on my travels heading south for the UK launch of the Genesis brand. The luxury arm of Hyundai was finally launching in Europe, and I was eager to see whether the cars would be good enough to challenge the established brands.

There was no doubting the quality of the interiors, but the driving manners of the assembled cars was a tad mixed. For a luxury car, the range topping GV80 had a slightly choppy ride, and I remain unconvinced by the buying process, which does away with showrooms and substitutes a concierge service. Junior Bentley Bentayga looks may well appeal to some though. 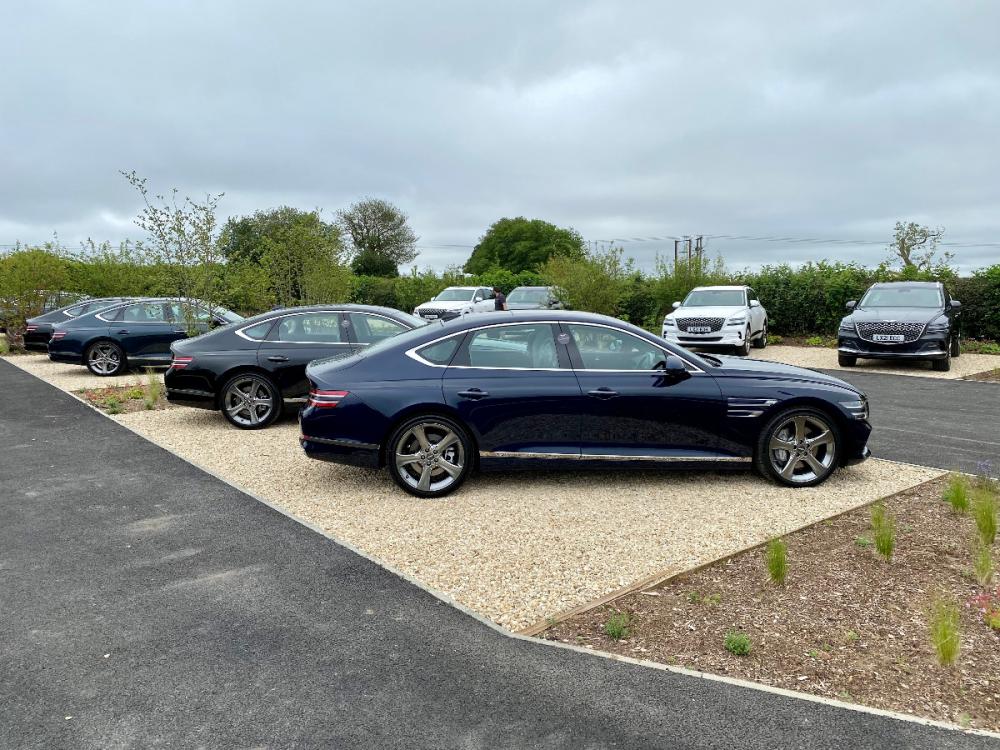 ‘A gaggle of Genesis cars ready for action’
Travel to the event was by Hyundai’s latest hybrid Tucson, a well packaged and stylish family SUV. With a few extras the list price was uncomfortably close to £40,000, where the premium German rivals rein supreme.
Be different, go Korean, get a five-year warranty too…

Jaguar’s XF Sportbrake was next to grace my driveway. A car I have always liked, one tends to forget that a good estate car will undoubtedly drive much better than an SUV. It seems to matter not a jot to the UK car buying public, who clamour for that raised driving position and perceived increase in practicality. Try a good estate car before you commit would be my advice. 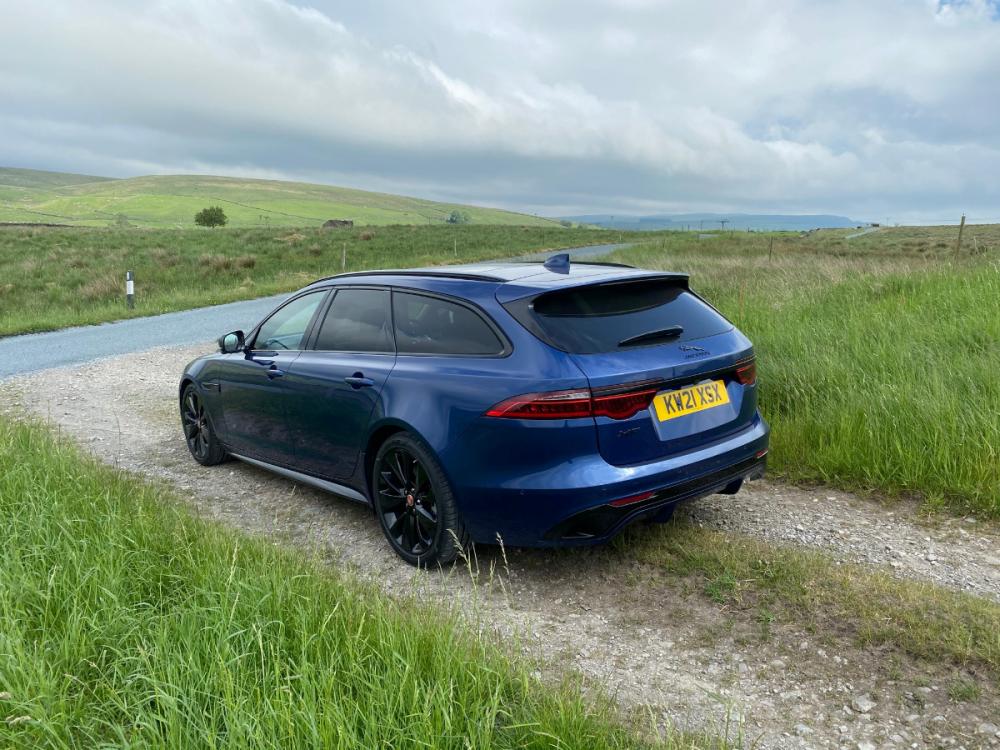 XF Sportbrake. Still want that SUV?’
The XF was swapped for a new Defender, in short-wheelbase 90 form. My fellow journalist and off-road expert Damian had a day planned for us, one that was intended to challenge the new model. 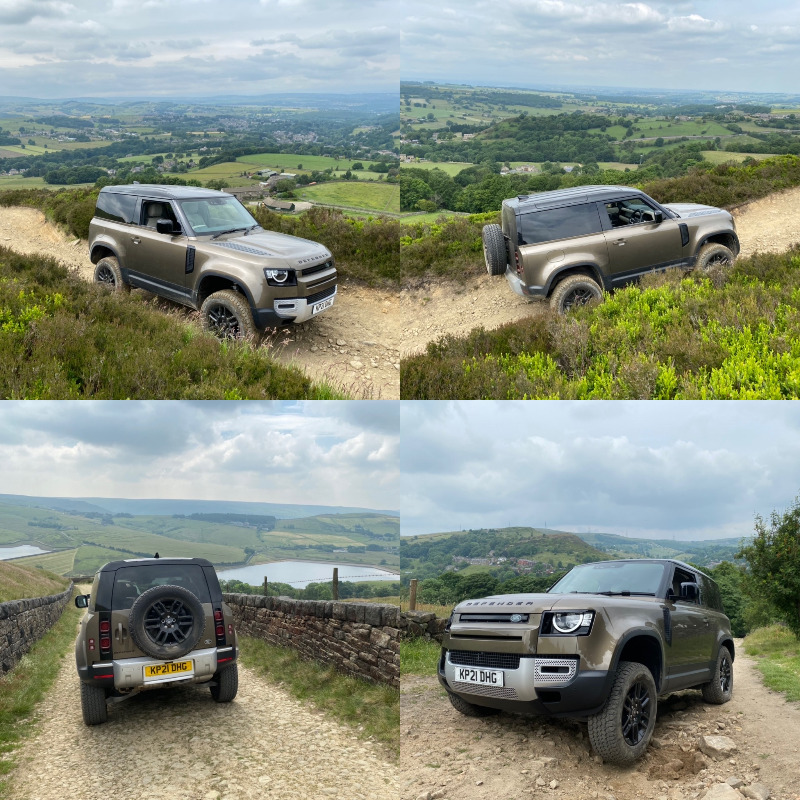 ‘Off-roading Defender style’
A glorious day was spent, almost all of it offroad driving from Oldham to Holmfirth. I have to confess to being exceptionally impressed, the 90 making it all seem so very easy. Some of the routes would have been a struggle on foot, but with the air suspension raised and the car’s clever electronics in the right mode, the Defender took it all in its stride. Only the car’s girth caused a few issues on some of the narrower sections, and I will confess that I had a few scratches to polish out before the car was returned to its maker.

A farming friend of mine, a serial Isuzu D-Max owner was so impressed by the Defender, he has now committed to buying one. High praise indeed.

The month ended with a road trip to Cardiff at the behest of Suzuki’s lovely PR department. It was to be a chance to catch up with their range of cars and do a little off-roading, something you may have gathered I rather enjoy.

Walter’s Arena, a superb off-road venue, was our playground and much to our surprise, Suzuki had bought along its new Jimny Commercial, just off the boat from Japan. I can proudly say that I was the first UK journalist behind the wheel, and it didn’t disappoint. It scampered around the obstacles, making light work of all it encountered, and thrilled all that got behind the wheel. Sadley, UK supplies are limited, so if a Jimny appeals, make friends with your local Suzuki dealership without delay. 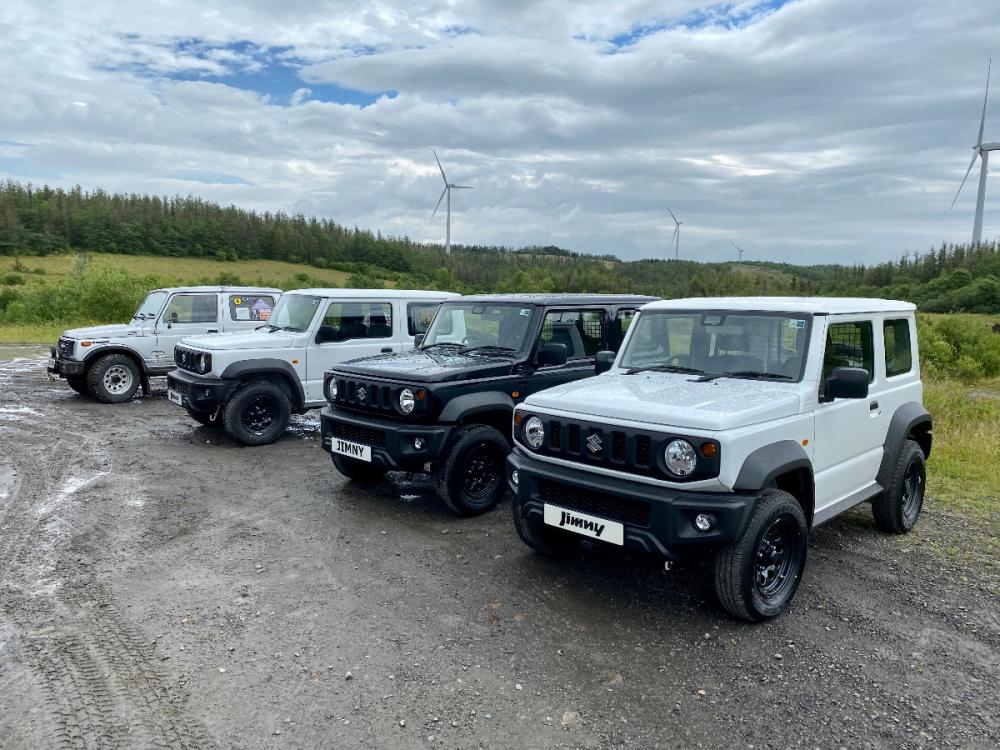 ‘Jimny japes - a happy day’
I was going to round off the first six months of 2021 in this article, but with six events and a raft of press cars to report on from July, you will have to wait…

Also by Andy Harris...
MG Expands Its Range Of Affordable EVsMazda MX-5 On Test – Still As Good As EverFast Charging Comes To A1 Wetherby ServicesRolls-Royce Ghost – The Black Badge EditionFestival Of The Unexceptional Returns To Grimsthorpe Castle