In the circles of the politically correct ‘My Old Man’ is probably a phrase that is sure to offend, however, when three simple words that we all understand, are used to challenge prejudice and prompt fresh thinking, then surely there is a case for using them? 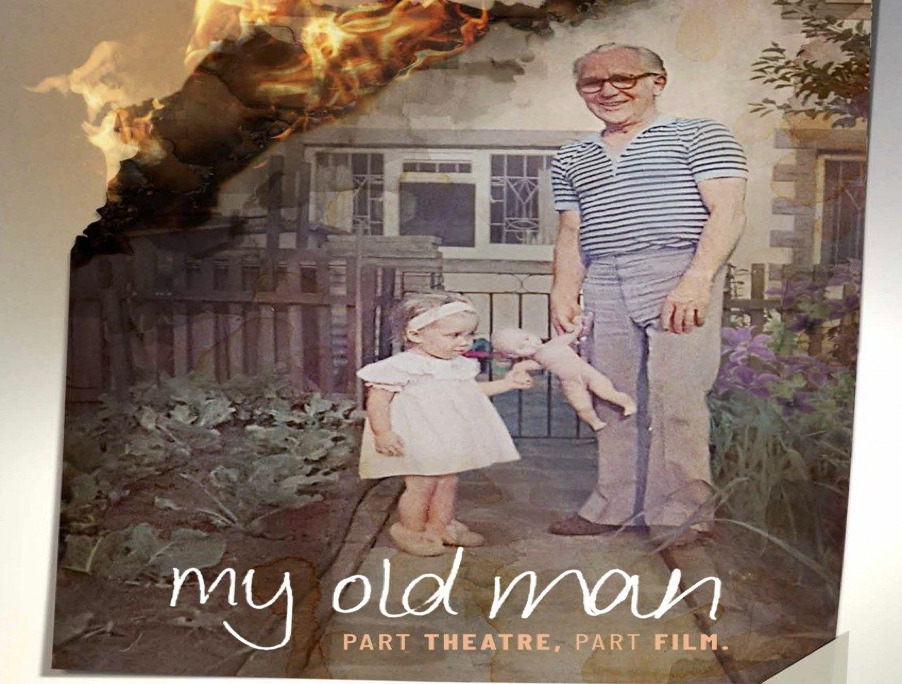 My Old Man is a short one act poignant play from the Imagine If theatre group that explores, amongst other themes, the inter-generational relationship between an elderly Polish veteran and his granddaughter.

It comes from the pen of Chesca Cholewa – the one and only performer - and is being staged at various venues but, on this occasion, it was the job of the Prime Studios in Leeds to deliver writer, ‘Francesca’s’ message.

“I’m thirty and I’ve never in my life seen a Polish person on stage or TV, who is not an immigrant, cleaner or drug dealer. These are dangerously bad stereotypes.” I took her words to my seat.

Inside everyone was met with a café style seating arrangement of small tables and chairs scattered across a larger room. Each featured a selection of family photographs, some (Polish) snacks and a set of dominoes (Grandad’s game of choice)!

And, whilst this was a backdrop designed to create a mood and, perhaps, transport an unsuspecting audience back to the 1940’s and the period of the Second World War, it was more than that. It was about ‘themes of Polish identity’ and challenging those negative stereotypes that society, as a whole, has a habit of manufacturing for minority groups over time.

The format was different in that the story unfolded using part theatre and part film, a symbiotic approach where each complemented the other.

There was live music on entry, a café style vocalist who entertained with a selection of blues numbers interspersed with some popular songs from the Second World War.  The scene was quickly established.

Cholewa’s work and performance explores effectively several themes relevant to our society today, but particularly the vulnerability of the elderly and the issues that can be encountered by anyone when English is your second language, along with hostility and ignorance by some towards people of other nationalities.

It was not what you would call ‘light entertainment’ for a Saturday evening, however, theatre of this type has its place and is key to making people think twice before they brand someone as stupid, an ignorant foreigner or whatever else that comes out of the mouth before the brain has been put in gear!

The story reflects what Britain has experienced during the last few years and places an eye glass over society’s deep divisions and the general mistrust that many of us have been trained to unwittingly harbour: our great educator is, perhaps, the Media?

There were moments of humour and great poignancy and, despite, its serious themes, Cholewa still managed to show that however Society skews itself, there will always be kindness and care beneath the surface.

A challenging, thought-provoking evening of performance.
Also by Sarah Crown...
Grease The Musical – The One That I Want!The Addams Family – Da, Da, Da, Da, Clickety- ClickMerlin - A Spellbinding EveningThe Lemon Table – A Bittersweet TreatBedknobs And Broomsticks – A Magical Evening