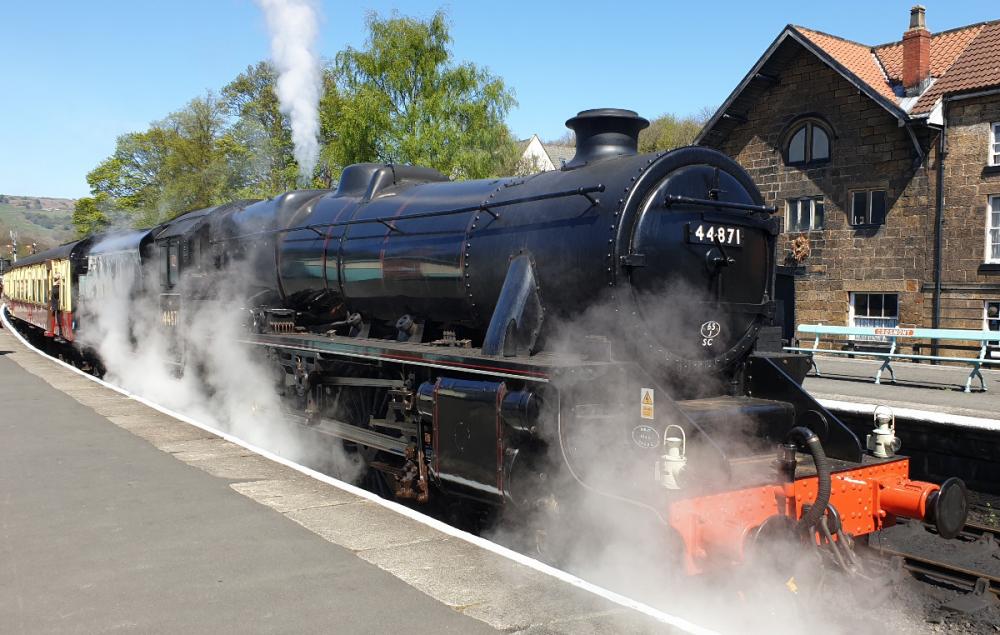 LMS Black 5 No. 44871
North Yorkshire Moors Railway (NYMR) has announced the starting line-up of six iconic locomotives which kicked off its 2021 season from Saturday, May 15th.

Led by Head of Traction and Rolling Stock, Paul Middleton, aka Piglet, the dedicated team of fitters and engineers have been busy running maintenance tests and checks on the NYMR’s fleet of steam locomotives in readiness for a busy season.

Some of the locomotives will be re-entering traffic for the first time since the Covid-19 pandemic struck last March, including the much-loved LMS Black 5 No. 5428 ‘Eric Treacy’, which was one of an order of 227 such locomotives built in 1937 by Armstrong Whitworth at Newcastle. 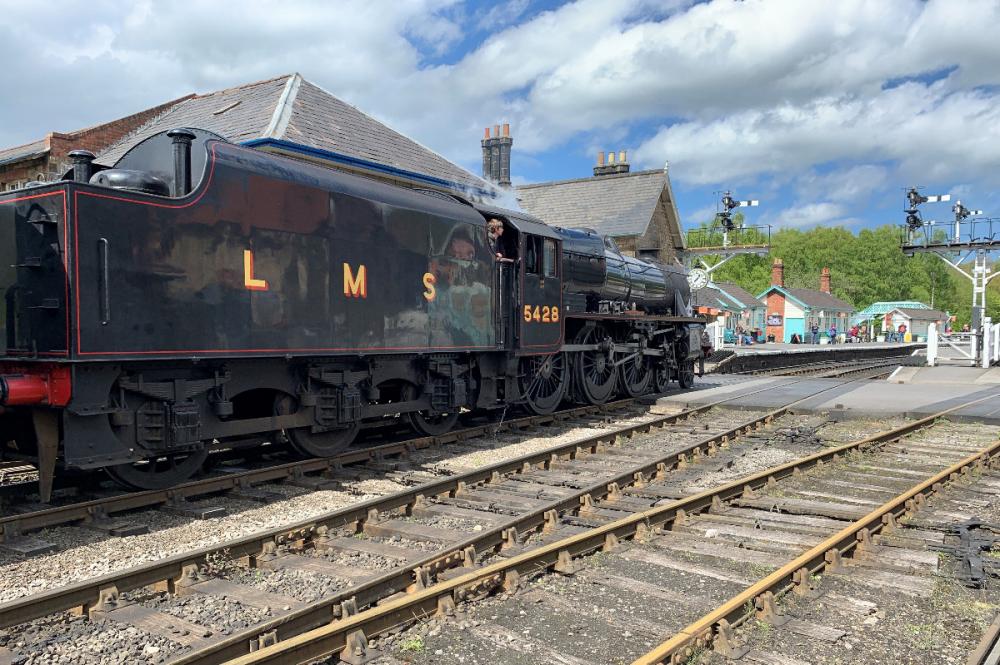 LMS Black 5 No. 5428 ‘Eric Treacy’- Peter Heelas
When the pandemic struck, worked stopped. But thanks to the successful Government Furlough Scheme and a £1.9 million grant from the Culture Recovery Fund for heritage organisations, the NYMR has retained all of its staff and is now welcoming its 900-plus army of volunteers.

Each year the NYMR’s fleet of locomotives cover over 50,000 miles through the stunning North York Moors National Park and beyond to the seaside town of Whitby. To help cover this huge mileage, the NYMR has hired Eric Treacy’s sister locomotive, LMS Black 5 44871, one of the original locomotives to haul the Fifteen Guinea Special on August 11 1968. 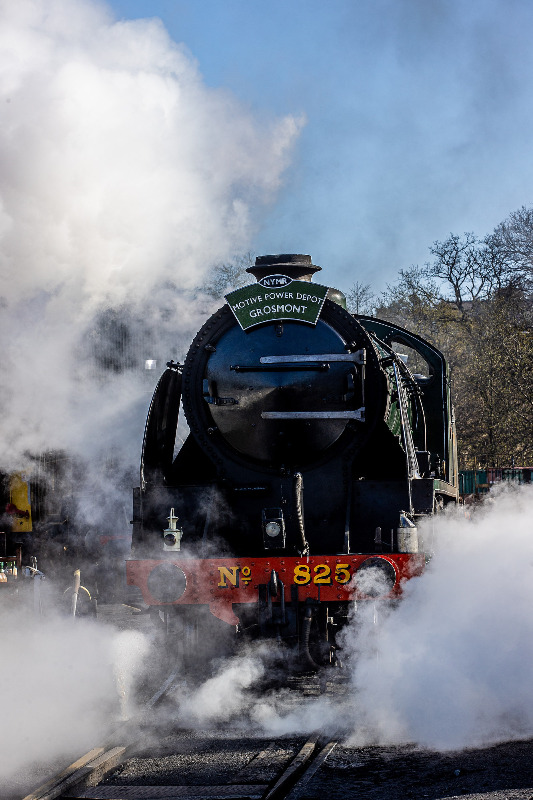