We all have fond memories of our first days at school, the sweets that dominated our youth, and some of our fashion faux pas – whatever happened to that purple and green shell suit? But the one constant for most children was their trusted teddy. 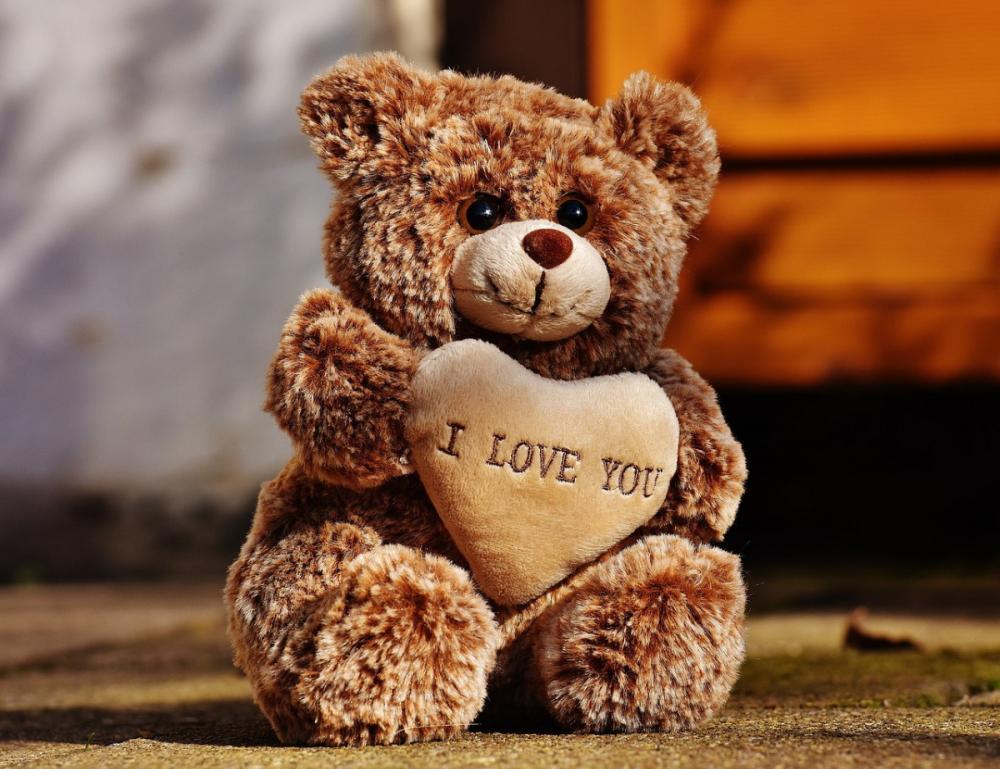 Image by Alexas Fotos from Pixabay
Whether you woke up with Paddington Bear, Teddy Ruxpin or some other cuddly toy, most of us can recall our childhood favourites. We’ve taken them to school with us, left them behind in the playground, on the bus, and had tantrums when we’ve forgotten to bring them home from our grandparents’ house.

As the nation prepares to celebrate National Teddy Bear Day on 9th September, we take a look back at some of the iconic teddy bears through history, exploring how our favourite characters have made the jump from the big screen to the cuddly toy that we snuggle up to when we head to bed.

1. Winnie-the-Pooh
Winnie-the-Pooh, or Pooh Bear as he is also fondly labelled, has been around for almost 100 years, having been created by author A.A Milne back in 1926. The Hundred Acre Wood inhabitant who has a yearning for all things honey is the lifelong friend of Christopher Robin and is one of the UK’s most treasured teddy bears. A classic in teddy bear circles, he’ll often be seen alongside fellow characters Eeyore and Piglet.

2. Rupert Bear
From simple origins – a comic strip in the Daily Express in 1920 – Rupert Bear went on to become a staple of children’s culture when The Adventures of Rupert Bear TV series launched in 1970. Known for his eloquent accent, Rupert is also a style icon, thanks to his yellow checked trousers and matching scarf paired with a fetching red jumper that he wore for all of his adventures. He’ll celebrate 100 years in November.

3. Care Bears
If you were born in the 80s, you probably know all about Care Bears, our cuddly friends who lived in the clouds. The original line up featured just 10 bears, but multiple relaunches of the cult show have seen more than 30 different bears introduced.
The plush toys were developed with feelings emblazoned on their chests, with hearts, smiley faces, and rainbows indicating various emotions.

4. Yogi Bear
The Jellystone Park native, based loosely around Yellowstone National Park in the USA, first appeared on TV screens in America in 1958 as a guest on The Huckleberry Hound Show, but such was his popularity that just two years later the Yogi Bear and Friends show was spawned. His ‘Hey, Hey, Hey’ catchphrase was voiced by Hollywood star Dan Akroyd when he hit the big screen.

5. Paddington Bear
One of the most nostalgic bears in history, Paddington was introduced to the world in 1958 in Michael Bond’s book A Bear Called Paddington. With his customary blue duffle coat, Paddington arrived in England from Peru and has been entertaining children through the decades with his hapless adventures, getting into just as much trouble as Dennis the Menace.

The Adventures of Paddington TV series was launched in January this year as Gen Z was brought up to speed on the wonders of this furry friend.

6. Chiltern English
One of the original teddies, the Chiltern English teddy was first launched in 1915 and continues to be a comfort for youngsters across the United Kingdom. This classic can often be found in baby pushchairs on walks to the park, and such is the sentiment towards them that they often fetch three-figure sums at auction. Most people that own these vintage bears will only know too well about repaired eye sockets and patchwork elements that have helped them restore their childhood favourites.

7. SuperTed
SuperTed was a hit with 90s kids as he shared one of their biggest fears – a fear of the dark. First appearing in a series of books, SuperTed was adapted into a cartoon, becoming the first British animated series to feature on the Disney Channel.

This everyday bear might have bypassed the history books after being discarded in a toy factory, but a visit to Mother Nature resulted in him receiving superpowers that allowed him to transform into SuperTed!

8. Brother Bear
This Disney animation bear has risen to fame since the Millennium with the moral of the film drawing on brotherhood, and mutual respect. A great lesson for children and adults alike, Brother Bear hit our screens in 2003, with a sequel going direct to video in 2006. In the film an Inuit boy called Kenai is transformed into a bear after seeking revenge when his brother is killed by a bear. We’ll have to wait and see if Brother Bear can stand the test of time and become a household name like Rupert and Winnie though.


So this National Teddy Bear Day, dig out your most cherished cuddly toys and join the conversation on social channels using #TeddyBearDay. Reliving our childhood will often bring up memories of various toys and gadgets, but when you really home in on your most treasured moments, they’ll usually involve a cuddly toy or teddy bear along the way.