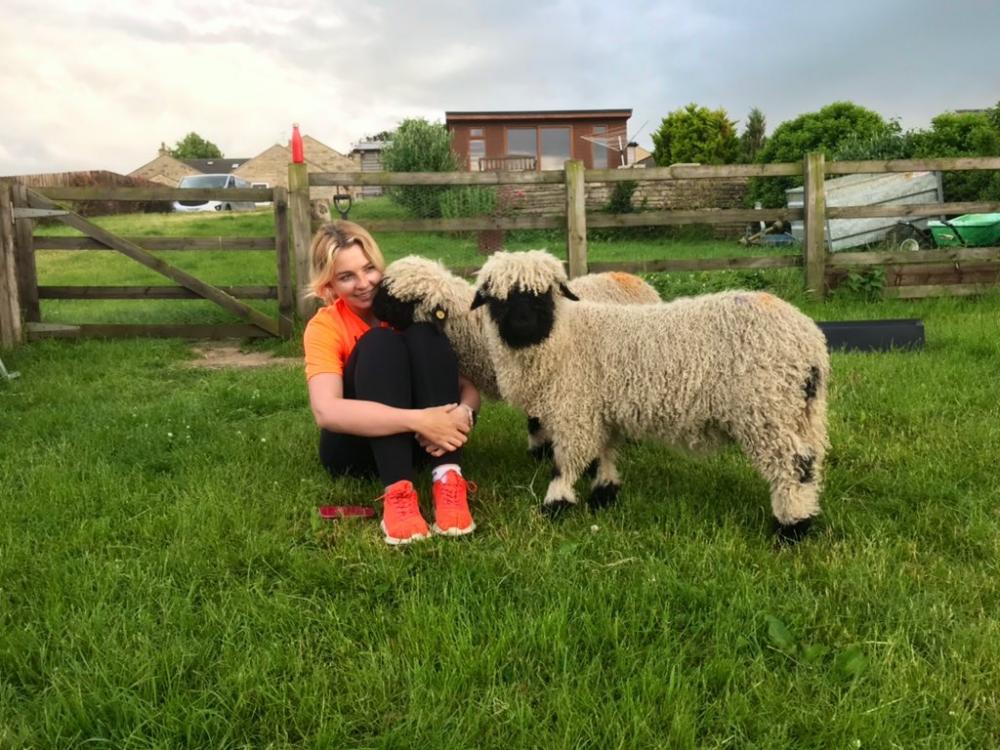 Izzy and Ida are the two new arrivals to my team of animals here in the Yorkshire Dales. I love Valais Black Nose sheep and have wanted to have a pair for a few years.

When I was at school I studied ‘BTEC Agricultural farming’ so did a lot of research into looking after livestock and learning all about the farming industry. Although saying that school was a few years ago for me now, so I am a little rusty on my knowledge, luckily I am from a large family of farmers here in the Yorkshire Dales so I have lots of people on hand to help me when it comes to shearing and lambing time.

I often think the best way to educate yourself is by getting involved as that is how we learn and gain new experiences.


Also by Hannah Russell...
January 2022 With Hannah, Little Alf & FriendsAlong Came Pip…Visiting The Shetland Islands With Hannah RussellMy Therapy Journey With My Animals – How Animals Are Great For Therapy…Clicker Training With Hannah, Little Alf And Friends
The Valais Black Nose sheep are a popular breed of sheep here in the UK, but they are also a rare breed sheep and often kept as pets by hobby keepers. But in the UK there are also some large breeders. The Valais Black Nose sheep are also known as ‘swiss’ sheep as they originate from Switzerland.

The sheep have very woolly curly coats which need special care especially in the summer months as it is hard to spot insects in between their coat. They are known for their kind nature and have often been described as dogs! I’ve had first-hand insight into their nature over the past couple of days.

Izzy and Ida arrived to live with me on Tuesday and so far have been settling in really well. Over the first couple of days they were very shy and a little curious of their new surroundings, but last night I sat in the field with them and remained quiet and they both came right up to me and were trying to nibble on my shoe laces and hair – I thought I was going to end up with a new hair style. I sat with them last night for a few hours and they were licking my face and being very playful!

It is safe to say I have totally fallen in love with them in just a few days… Over the weekend I’ll be introducing them to Alf and the rest of the team.

Who knows you might even see them in a book soon…