New Listings In Yorkshire To Celebrate The Queen’s Platinum Jubilee

The Art Deco Sun Pavilion and Colonnade in Harrogate
Two sites in Yorkshire have been listed by the Department for Digital, Culture, Media and Sport (DCMS) on Historic England’s advice, in celebration of Her Majesty the Queen’s Platinum Jubilee.

The Art Deco Sun Pavilion and Colonnade in Harrogate - a 1930s tea-room visited by the Queen in 1998 following major restoration – has been listed at Grade II.

And a pair of marker stones on each side of the M62 motorway between Yorkshire and Lancashire - which commemorate the opening of the motorway by the Queen in 1971- have also been listed at Grade II.

In total, six historic sites across the country have been listed as part of the Platinum Jubilee celebrations including a theatre, an archive and a church.

The listings aim to highlight some of the many important places from Her Majesty’s reign and reflect the important social, technical and cultural changes which have taken place over the past 70 years.

The listings complement Historic England’s recently-launched educational online story map, which shows The Queen visiting heritage sites throughout the country as a celebration of the Platinum Jubilee.

A 1930s tea-room visited by The Queen following major restoration

The Sun Pavilion and Colonnade were constructed in 1933 to designs by Leonard Clarke, the Borough Surveyor, as part of a £60,000 spa development scheme intended to be one of the finest in Europe.

The classical building with Art Deco details was opened by noted medic Lord Horder of Ashford and the opening ceremony was captured on film by British Pathé.

The Pavilion was designed as a place to take refreshment and rest after taking exercise or after taking the spa waters in the town centre.

After a period of decline in the 1980s, the site was restored following a campaign led by a passionate local citizen Anne Smith and supported by celebrities including author James Herriot.

In 1998, the Sun Pavilion was officially re-opened by Queen Elizabeth II, and in 2018 celebrations were held to mark the 20th anniversary of Her Majesty's visit. 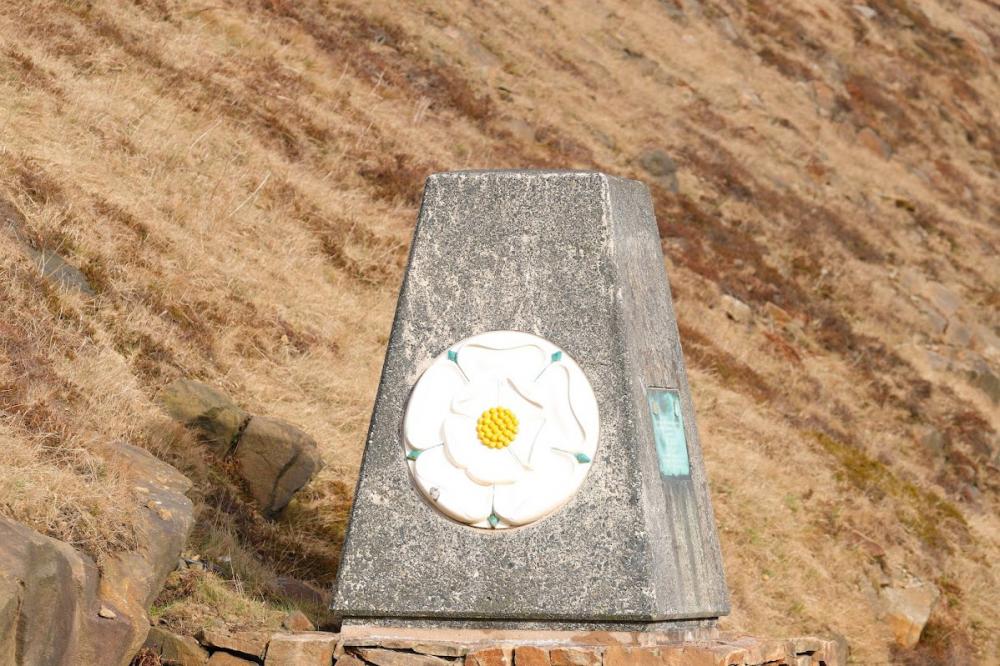 Construction on the M62 ended in 1970 with the completion of the final stretch through the Pennines.

The new motorway opened to traffic in 1971 and became the country's highest motorway, reaching a summit of 372m across the Yorkshire-Lancashire border.

It was officially opened by Queen Elizabeth, and two plaques on pyramidal marker stones were constructed in commemoration of the achievement, one on each side of the M62, which runs through the two counties.

M62 motorway Lancashire commemorative markers and plaques (Grade II)
In place of county names, the markers instead display the historic symbols of the White Rose of the House of York and the Red Rose of the House of Lancaster; as well as highly recognised emblems of the two historic counties, the rose motifs are a reminder of the historic rivalry between the two, and the later bringing together of the flowers by the house of Tudor.

The markers further reference the motorway’s surroundings through the use of local Pennine aggregate and stone in their construction.

OTHER SITES LISTED AROUND ENGLAND

MIDLANDS – All Saints’ Church, Shard End, Birmingham (Grade II):
The first church to be built in Birmingham after the Second World War and one of the first to be consecrated during Her Majesty’s reign.