A new space designed to help children express their feelings regarding grief and bereavement has been introduced in the baby garden at Rawdon Crematorium.

Working in partnership with stillbirth and neonatal death charity Sands to support children during times of grief, Leeds City Council has introduced a number of installations in the grounds of the crematorium, including a granite badger and a specially made post box. 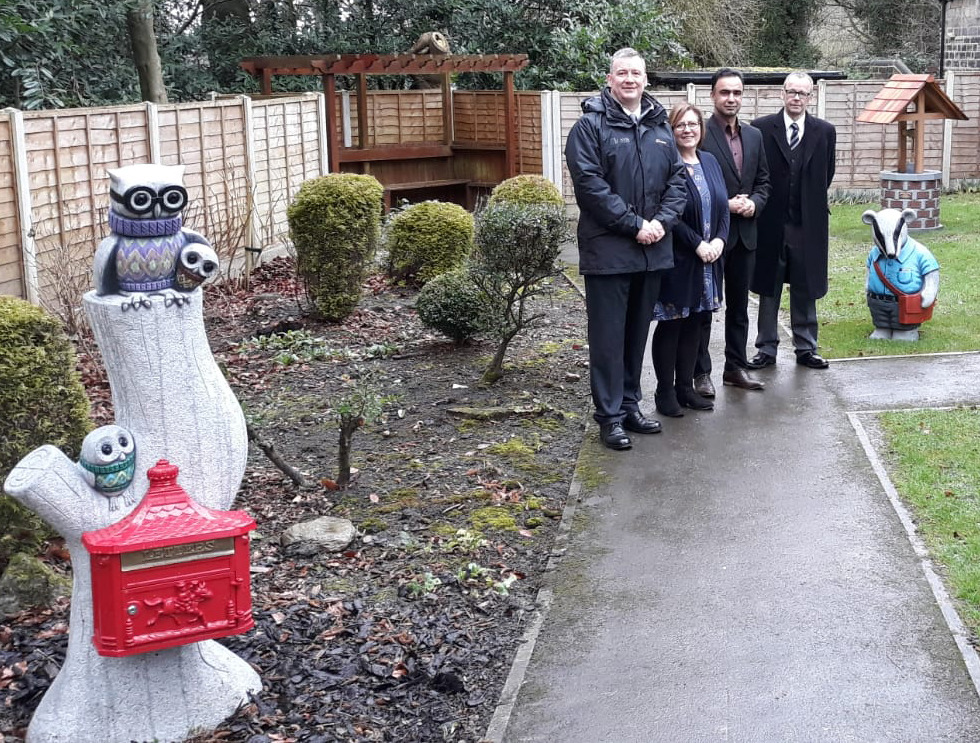 (L-R-) Andy Haley, assistant bereavement services manager, Leeds City Council, Ashleigh Johnson, NE network coordinator for Sands, Cllr Mohammed Rafique, and Robert Brown, senior crematorium technician, Leeds City Council, at the new space in the grounds of Rawdon Crematorium
Children sometimes struggle to show their feelings, emotion or understanding when faced with a bereavement and often find it easier to write their feelings down. The post box will allow them to post letters to people they have lost, in a quiet area which will offer the chance for thought and reflection.

Sands Charity operate throughout the UK, supporting those affected by the death of a baby, while also working to improve care for the bereaved and promoting research to reduce the loss of babies' lives.

"During times of grief and bereavement, children can sometimes find it difficult to express how they feel. Working in partnership with Sands, we wanted to find a way to turn part of the crematorium grounds into a place which could help children think about and share how they feel.

"The introduction of the new quiet space in the baby garden, which includes granite made-child friendly characters and a post box where children can post letters to those who have passed, helps provide this opportunity, and I would like to personally thank Sands for their support on this project."

"It has been a great honour to represent the Leeds Sands support group today at the Forget Me Not Garden. Funds were raised locally by the Sands group to help create a peaceful, reflective area to be used by the whole family and this has been developed in partnership with Leeds City Council. The post box in particular gives children an outlet for their feelings and we hope this will give comfort to bereaved families as they remember their babies."