New Stock Exchange Hotel Is Top Of Its League 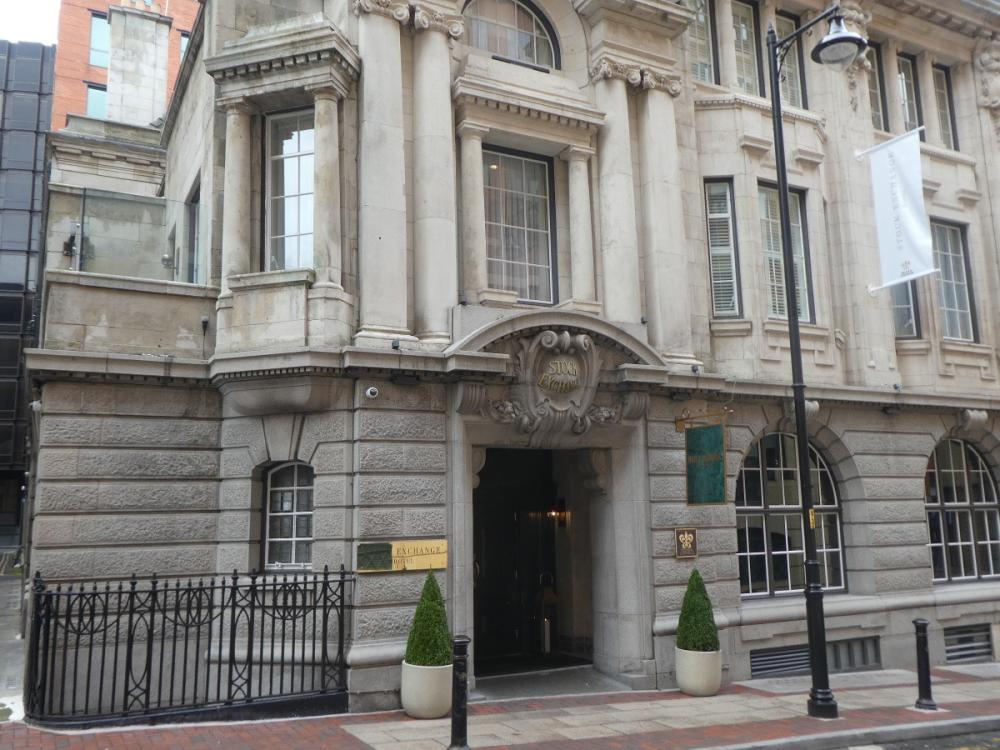 Stock Exchange Hotel
Former football heroes Ryan Giggs and Gary Neville and hotelier Winston Zahra have ploughed millions into refurbishing the old Stock Exchange building in the centre of Manchester into a luxury 40 bedroom hotel, which also includes a 3,500 square feet penthouse suite. You will need deep pockets though if you plan on staying in the suite - £1,750.00 a night is the going rate! The rest of the rooms though start at just under £200.00

Due to the current pandemic the hotel has been closed since mid March and has been housing NHS staff who are working on the front line. Staff from the hotel have been raising money too for NHS charities such as running the Manchester Marathon on a treadmill in the lobby. When the hotel re opens to guests it will again be a great addition to the Manchester hospitality scene.


Residence (Traders) Lounge
After driving around the one way system we found that there was plenty of on street parking nearby. If coming by train the hotel is equidistant from both Piccadilly and Victoria train stations.

A warm northern welcome is gratefully received as we enter the small but elegant lobby. A nice touch was being shown to your room and your luggage taken care of. The friendly concierge was very attentive throughout our stay and was a credit to the hotel. 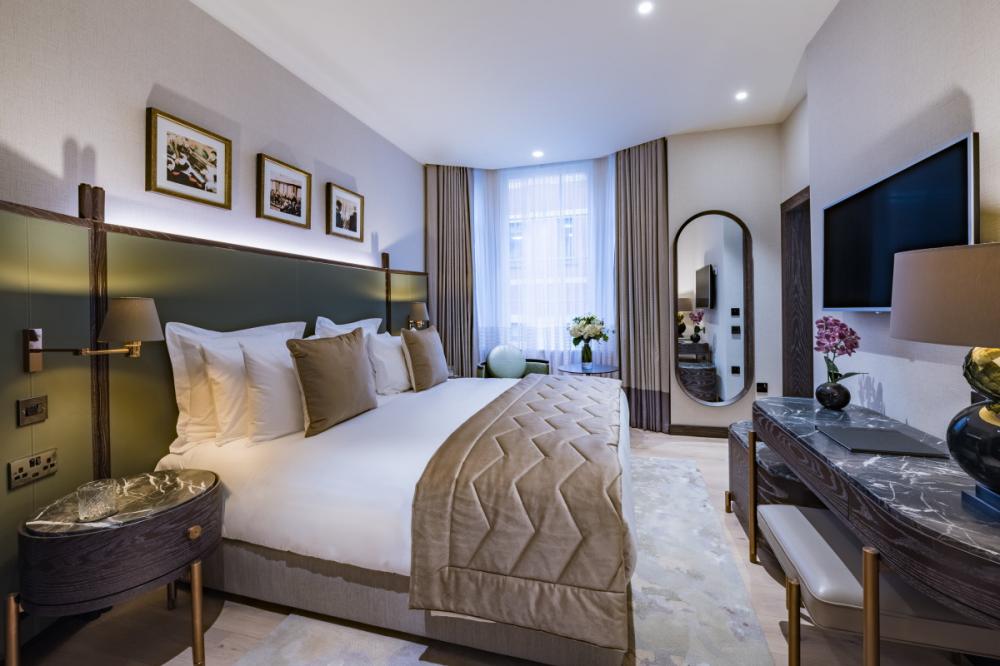 One of the bedrooms
The bed was huge and very comfy, though someone must like cushions - there were more than enough. An unusual touch from Mr Giggs is the Yoga mat that you will find in each room; there was enough space in the room to use the mat too. Tea and coffee making facilities along with a bottle of what I call proper milk in the fridge was an added bonus. Most top end hotels these days seem to think if you put a Nespresso coffee maker in the room it adds a bit of class and the Stock Exchange is no exception here.

The wardrobe was big and ideal if you are staying for a few days which also had a free safe and an iron and ironing board. The huge screen TV lets you catch up on your favourite programmes and as you might expect there are plenty of sports channels to view.

The bathroom was on the small side with a walk in shower. The underfloor heating was very welcome on a cold winter's morning, though if you have an electric shaver there is nowhere to plug it in, so I had to use the large mirror in the bedroom. A 9pm turn down service adds to the high service the hotel prides itself upon.


The Bull and Bear Restaurant
Meals are enjoyed downstairs in the hotel's restaurant, the Bull and Bear which is operated by TV chef Tom Kerridge. The restaurant occupies the whole of the grand domed former trading floor and they say that the room is one of the most beautiful places to eat in the city.

It is - but one thing spoilt it for me - the huge TV screens showing Sky Sports and other football matches. The glare from the bright screens made it feel like you were in a sports bar rather than a top restaurant. The restaurant was packed and looking around I noticed that not one person was paying any attention to what was being screened. I asked our very friendly server about the screens - "It is like Marmite, you either love it or hate it" he offered by way of sympathy.

It was far better to watch what was being prepared in the open kitchen, but alas there are TV screens over the top of the kitchen too!

The food is excellent, although servings tend to be on the small side but they are very filling. I tried the B&B burger with bacon and it was a succulent feast, the Lancashire Bomb - cheese with crackers and grapes was top class and the beef suet sticky toffee pudding with vanilla ice cream should be on every chef's dessert list - it was wonderful.

Breakfast is served in the restaurant and is cooked to order with enough to set you up for the day.

When the hotel re-opens it should definitely be on your list of places to stay - the ex footballers new venture is a winner.