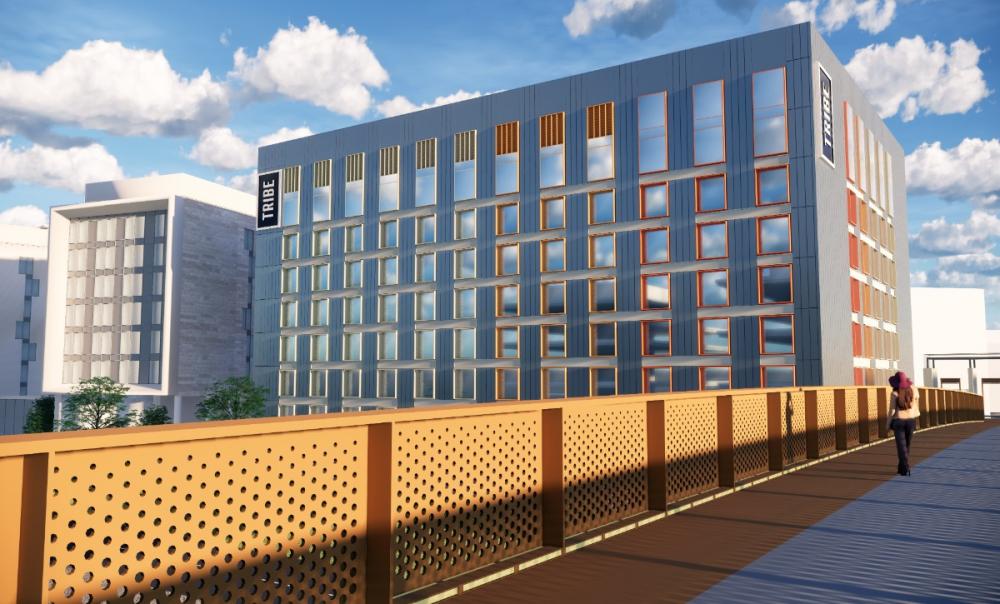 Airport City Manchester has commenced work on the construction of a new 412-bedroom TRIBE hotel, the first of its kind in the UK.

Set in the heart of Airport City Manchester’s hotel district, TRIBE will be the third new hotel to be built at the development, following the 280-bed Holiday Inn and a 262-bed Ibis Budget which are due to open this summer.

Once complete, the nine-storey, 12,300m2 TRIBE hotel will feature 412 rooms and suites, restaurant and bar, a gym, and a crew lounge for airline staff.

The 24-month build programme is being undertaken by MY Construction who were awarded the £42m contract in 2021, with the hotel expected to be fully operational in Q1 2024.

Built at the foot of the £6m pedestrian and cycle bridge connecting Airport City with Wythenshawe, TRIBE forms part of the wider hotel district which is set to comprise a cluster of nine new properties offering more than 2,400 new hotel rooms.

Launched in 2019 by the Accor Group, whose other brands include Mercure, Sofitel and Novotel, Accor stated their new portfolio of TRIBE hotels would offer a “high-quality experience at an affordable price,” with a “carefully curated offer that focuses on style rather than price.”