New Year Resolution To Safeguard The Future Of Native Crayfish 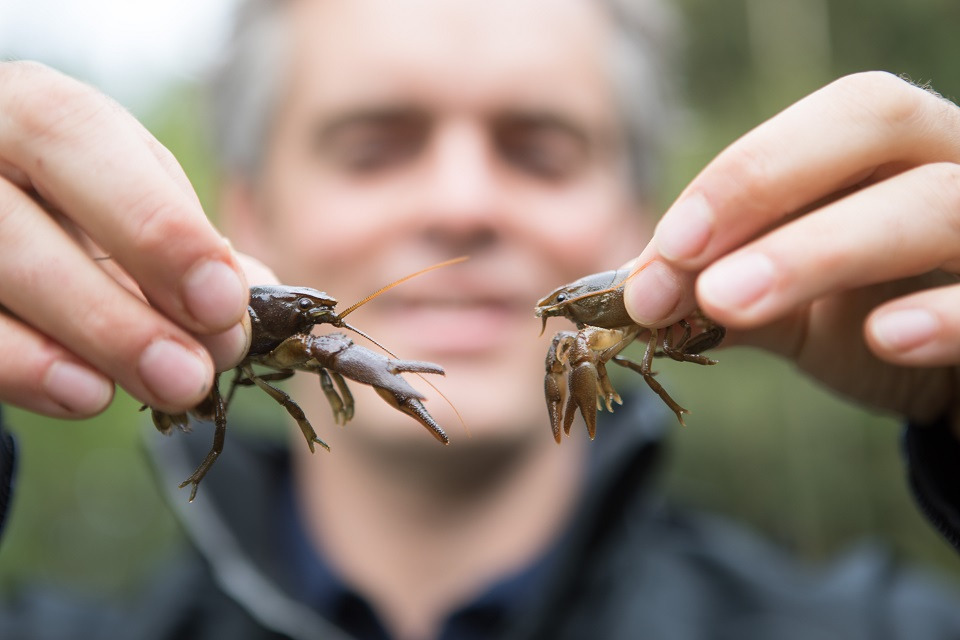 On Friday 31 December 2021, a 12ft long native crayfish sculpture commissioned by Northumberland Rivers Trust was unveiled at Northumberland Zoo to celebrate the start of its captive breeding programme.

"Everyone has a key role to play in the revival and survival of the white-clawed crayfish.
The programme aims to breed and release the native species into Northumberland’s rivers and lakes.

It builds on work to boost native numbers and prevent the spread of the invasive American signal crayfish, which puts the future of the white-clawed species in danger because of the ‘crayfish plague’ that it carries.

The partnership - including the Northumberland Zoo, Environment Agency, Northumberland Rivers Trust and National Trust - is now calling on local people to ‘Check, Clean, Dry’ their clothing and equipment after visiting local rivers to avoid transferring invasive species and the crayfish plague between rivers.

Northumberland has some of the country’s last strongholds of white-clawed crayfish, with the Wansbeck and Aln having some of the best remaining populations in Europe.


Pete Kerr, Northumberland Rivers Trust, said:
"While Northumberland’s rivers have some of the best remaining populations of native crayfish in the UK, the invasive signal crayfish are closing in from all sides.

"Many people have never even seen these ‘little lobsters’ but they are amazing creatures that can live up to 10 years and even grow new claws after a fight with an otter! We need to do all we can to protect them otherwise 2022 might be their last year in Northumberland."

The signal crayfish, which originates from America, was introduced in the 1970s. It is bigger, more aggressive and out-competes the native white clawed crayfish. They also carry a fungal disease known as crayfish plague, which is fatal to the native species. They also burrow into banksides, causing increased siltation of watercourses.


The Environment Agency’s Ian Marshall, Biodiversity Technical Specialist in the North East and white-clawed crayfish National Species Lead, added:
"Everyone has a key role to play in the revival and survival of the white-clawed crayfish. This native species plays a vital ecological role; they help to keep our waterways clean and are a source of food for other native species.

"It’s well known they are in great danger, and while we have made positive progress to protect them we need to continue to take significant action to safeguard their future."

At Northumberland Zoo, the captive breeding programme is funded by the zoo, Environment Agency and Northumbrian Water’s Branch Out scheme, while the sculpture, created by Ptolemy Elrington of Hubcap Creatures and made from entirely recycled material, has been funded by the Northumberland Rivers Trust. In total around £20,000 has been invested in the project.

Since 2018 the Zoo has been working alongside Bristol Zoological Society and the Environment Agency to develop a captive breeding facility at the zoo. It will be housed in the zoo’s Native Species building that opened in June 2021 and which also houses honeybees and harvest mice.


Maxine Bradley, Northumberland Zoo, said:
"The crayfish facility is in the early stages of development and we are currently rearing yearlings and testing the facility. Once our techniques are proven we will introduce breeding vats and begin holding adult crayfish from the local areas.

"The captive bred crayfish can then be reintroduced in association with our partners at the Northumberland Rivers Trust and Environment Agency to help boost local populations and restock areas where they have disappeared.

"We are hoping that this unveiling of the sculpture at the zoo will help draw much-needed attention to this endangered species and educate the public on what they can do to help the native crayfish.

"With over 100,000 people predicted to visit the zoo in 2022 we are confident our crayfish sculpture and exhibit will educate and inspire people about this often-overlooked species."

The community can play a vital role in conserving the future of white clawed crayfish. The partnership urges people to ‘Check – Clean – Dry’ their footwear and equipment after spending time in and around watercourses.


Ian Marshall added:
"We are urging people to join us in making this New Year’s Resolution to Check, Clean, Dry and support us in our efforts to protect this vital species."

Other work of the Northumberland Crayfish Partnership includes:

Northumberland Rivers Trust has been mapping which species are where in local rivers, raising awareness through community events and building underwater barriers to slow the spread of invasive signal crayfish. This is hoping to ‘hold the line’ until a long-term biotechnology solution can be developed to manage the spread of the invasive species.

Working together, the partners are creating remote ‘ark sites’ – these are safe locations to release white-clawed crayfish into rivers where they can live and breed. At Wallington the National Trust has created a new ark site which will receive its first influx of native crayfish from the River Wansbeck in March 2022. 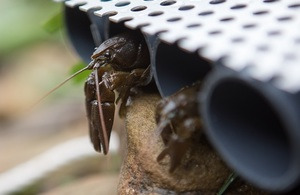 A native white-clawed crayfish. Credit: Sound Ideas and Environment Agency.
At the same time the National Trust will unveil a display tank of captive bred crayfish at its visitor welcome building so visitors can meet a crayfish. They are also making significant large scale habitat improvements to many of its 54km of watercourse to help the existing local populations thrive.

The partnership is producing and installing information boards at key sites where members of the public can access rivers.

The Environment Agency is helping to develop a new 380-page Crayfish Conservation Manual in partnership with Bristol Zoological Society. The manual provides best practice advice and guidance in one easy-to-red book, with references and case studies, to help ecologists and encourage future conservation efforts. This will be the key reference book for everyone working with crayfish in England and is almost complete.

They are continuing to deliver the Northumberland Crayfish Conservation Strategy, which was launched in 2019.


If you see any crayfish, alive or dead, leave it where it is and report it immediately to the Environment Agency on 0800 807060. If possible, take close-up photos of the crayfish to help identify the species. It is illegal to handle or remove crayfish from the water without the correct licences.