Nile Rodgers And CHIC Bring Back The Good Times To Scarborough 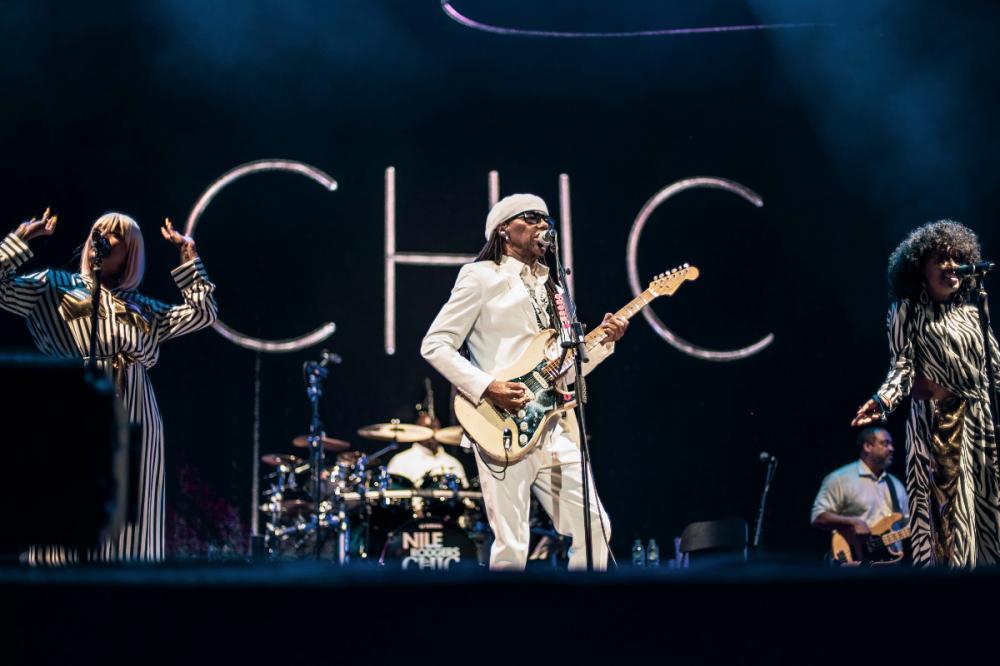 “Scarborough are you ready to party?” asked a white suited Rodgers as the CHIC hits of Dance, Dance, Dance, Everybody Dance and I Want Your Love followed in quick succession.

Of course they were! The sold out Scarborough audience were more than ready to party after nearly eighteen months without live music.

And they needed no encouragement when Rodgers instructed them to get out of their seats for what was to become a master craft lesson spread over ninety minutes, in probably some of the best disco classics ever written. 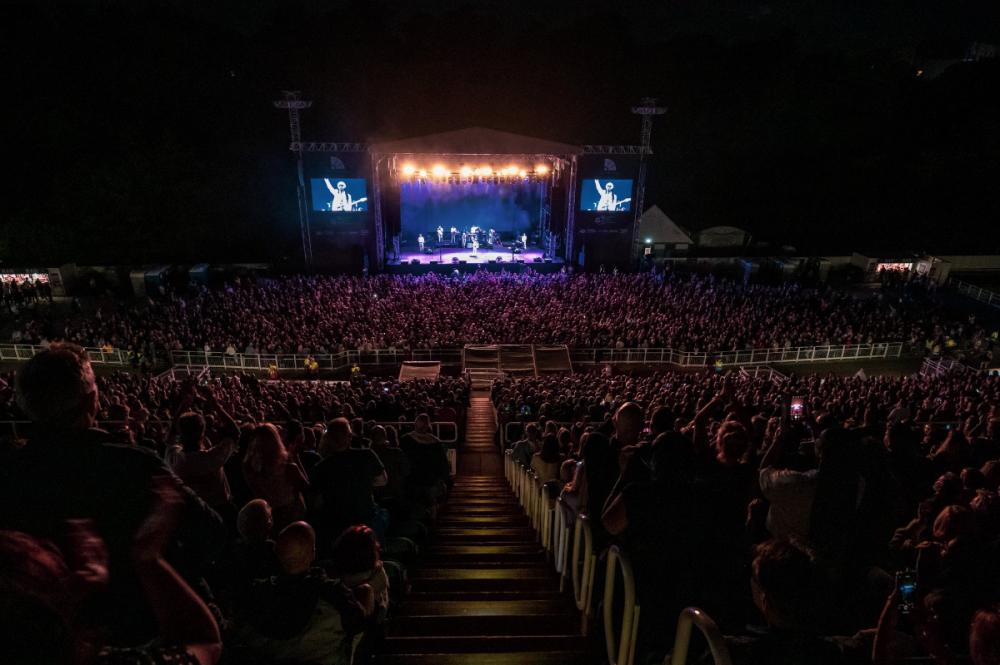 With his trademark chugging guitar Rodgers also had on board eight other musicians and singers who helped turn Scarborough Open Air Theatre into one big disco. The sound of Chic has also always been defined with the female vocals now complimented by Kimberly Davis and new girl who was introduced as Audrey - the latter singing a storming version of the Diana Ross hit I’m Coming Out. 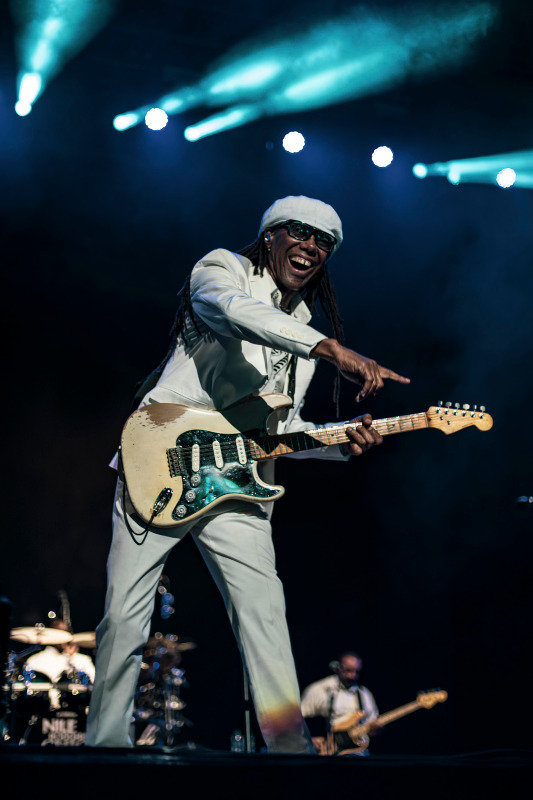 During the latter part of the seventies and early eighties together with his songwriting partner Bernard Edwards, Rodgers co-wrote and produced the disco classics that became the blueprint for the genre. Not only writing and producing for CHIC, other artists came knocking on the door such as Diana Ross and Sister Sledge, whilst Rodgers himself went on to produce David Bowie’s biggest selling album - Let’s Dance and also producing Madonna’s Like A Virgin album amongst others. 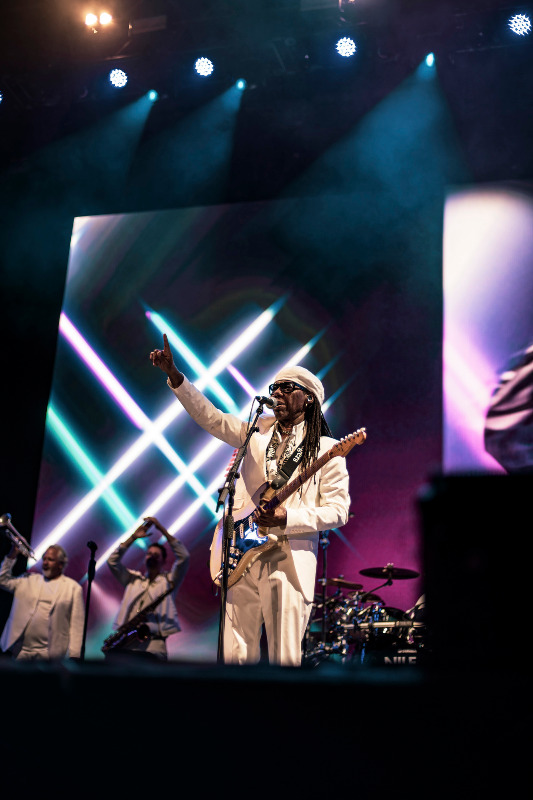 This though was not a covers band you were witnessing as Rodgers had either written or produced the songs that the Scarborough audience were treated to.

Chic’s work was sampled on the Modjo track, Lady whilst more recently Rodgers had a worldwide hit with Daft Punk and Pharell Williams on Get Lucky both of which were played during the set.

Dedicating the Sister Sledge hit, Thinking of You to the late Bernard Edwards, Rodgers brought a poignant moment to the night’s proceedings.

Before singing David Bowie’s Let’s Dance drummer Ralph Rolle read out a list of awards that Rodgers had won over the years as Rodgers reminded him that “don’t forget I’ve also been inducted into the Rock ‘n’ Roll Hall of Fame”.

As Good Times closed a night that many present will never forget, to paraphrase the Sister Sledge hit, the band and Scarborough audience were altogether Lost In Music.

The Good Times do not get better than this.
Also by Graham Clark...
Paloma Faith – Keeping The Faith In ManchesterInterviewing The VengaboysLet’s Rock Leeds! - The 80’s Music Festival Charms At Temple NewsamDuran Duran - No Ordinary World In ScarboroughAlbum Review: Metallica - The Black Album Remastered