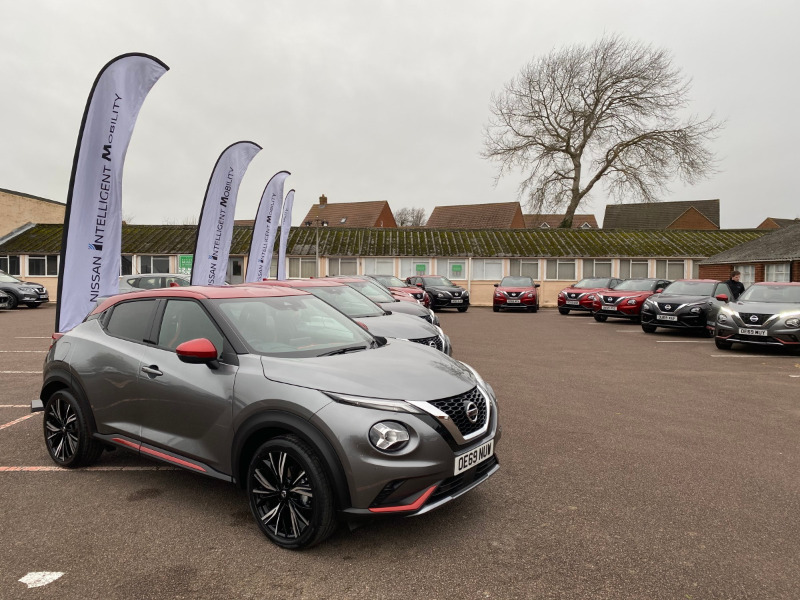 The Nissan Juke has been a runaway success for the Japanese manufacturer. After nine years on sale, over one million have been sold, with over a quarter finding homes in the UK.

Rewind to 2010 and the compact crossover had barely any competition, but oh how times have changed. Most mainstream manufacturers now field a direct rival and it is therefore no surprise that Nissan has now launched an all-new model. The sector is expected to continue to grow rapidly as buyers turn their backs on the traditional hatch.

Keen not to alienate existing owners, yet eager to gain those all-important conquest sales, the designers clearly faced a difficult task. The styling is therefore more evolutionary than revolutionary and that is probably very wise. 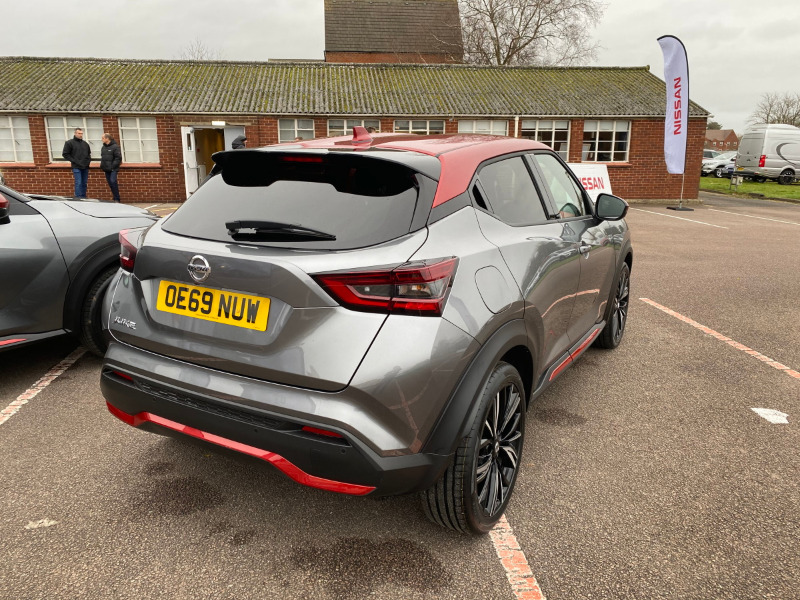 It remains one of the more distinctive designs, but now boasts a less divisive front end. The silhouette is almost coupe-like, the rear similar to the outgoing model.

The Juke has gone on a diet, with a not insignificant 23kg shaved off the weight. In the interest of generating more passenger space, dimensions have increased a tad, the extra 75mm in length most noteworthy. This translates into more rear knee room (+58mm), though headroom is also up 11mm. This means a six-foot passenger can sit behind a similar-sized driver in some degree of comfort (my unscientific test…).

The boot has grown in size too, with 422 litres of usable space and the split floor is useful for hiding oddments or easy loading.

For the time being, just one engine is on offer. Boasting 117PS, the 1.0-litre 3-cylinder motor should prove adequate for most needs. If such things interest, the official 0-60mph sprint will take around 10 seconds.

There is also an overboost function which will come into play if a sudden burst of acceleration is required. The engine is generally hushed in operation.

Emissions are commendably low at just 110g/km CO2 and 40+mpg should be readily attainable. 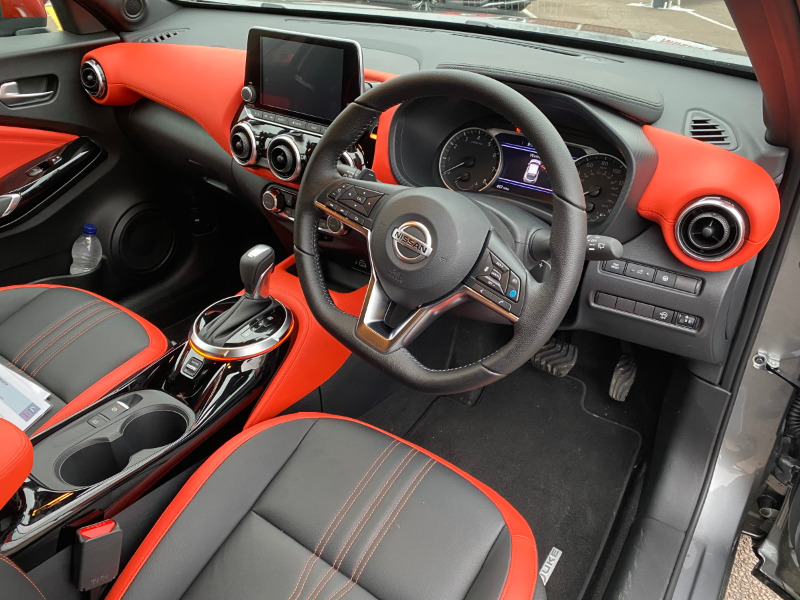 The car is engineered to accept battery power and although Nissan would not confirm or deny, it must surely only be a matter of time before a greener Juke becomes available.

I had the opportunity to try both the manual and 7-speed Dual Clutch Automatic transmissions. A light clutch aids the manual, though for preference I would have liked to see a shorter gear-lever and a shorter throw.

The self-shifting DCT was a tad disappointing. In Eco mode, acceleration was so pedestrian as to be almost dangerous, whilst Sport was my preferred choice out on the open road, with quicker changes the order of the day. I suspect most will leave the gearbox in its standard setting.

As is often the case with DCT boxes, there is an element of jerkiness at low speed, a pain when trying to park. As you may have gathered, I would follow the crowd down the manual route and save £1,400.

A burst of motorway cruising exposed a tad more wind noise than is desirable and the 19” alloy wheels and big tyres added some road noise into the mix. I suspect more modestly tyred Jukes may well fare better.

The aforementioned wheel and tyre combination also make the ride a tad firm, especially noticeable around town. At higher speed however, body roll is commendably kept in check. 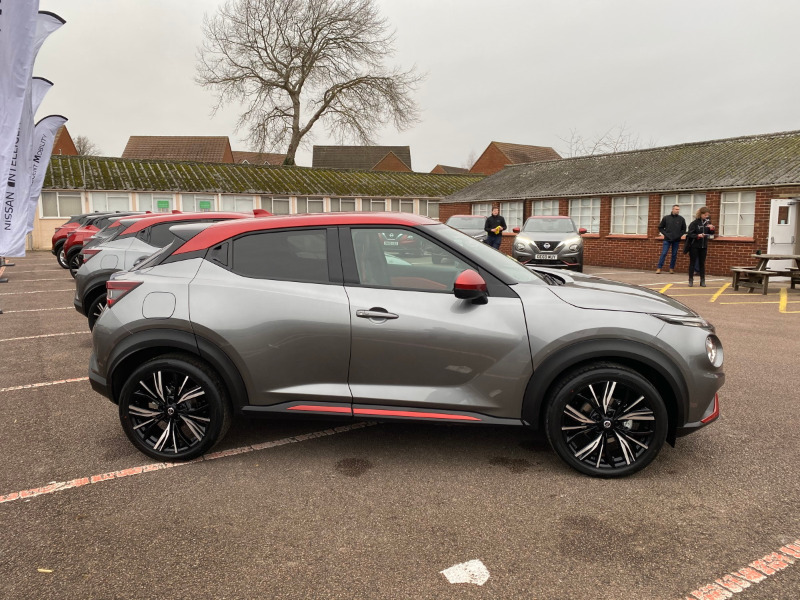 Behind the wheel, now adjustable for reach as well as rake, it’s easy to find a comfortable driving position and visibility is good. Much money has been spent improving the quality of materials used, so soft-touch plastics are now in evidence, though the plastic on the door tops is a bit scratchy.

Nissan was keen to point out the safety technology now available in the new model. It’s an extensive list which includes such niceties as ‘Intelligent Emergency Braking with Pedestrian and Cycling Recognition’, ‘Traffic Sign Recognition’ and much, much more. It is pleasing to see.

Prices start from £17,395 for an entry level ‘Visia’ model. I would move up a trim to ‘Accenta’, just £1,500 more and with everything you need these days. It lacks satellite navigation, but Apple Car Play and Android Auto will take care of that. 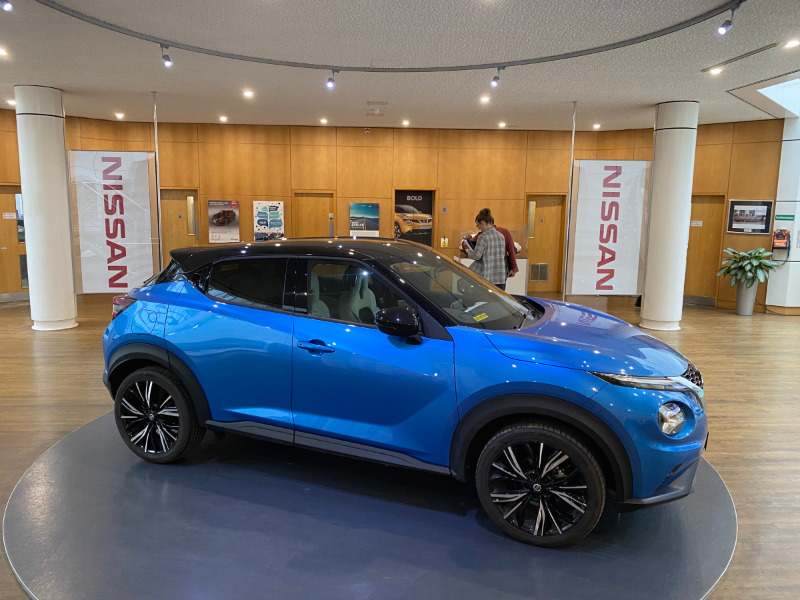 So is the new Juke a hit or a miss. The new car aims to keep the best of the old model whilst enhancing the rest. For the most part it succeeds and in a sea of copycat SUVs its distinctive looks help it stand out from the crowd. For many that will be reason enough to sign on the dotted line.