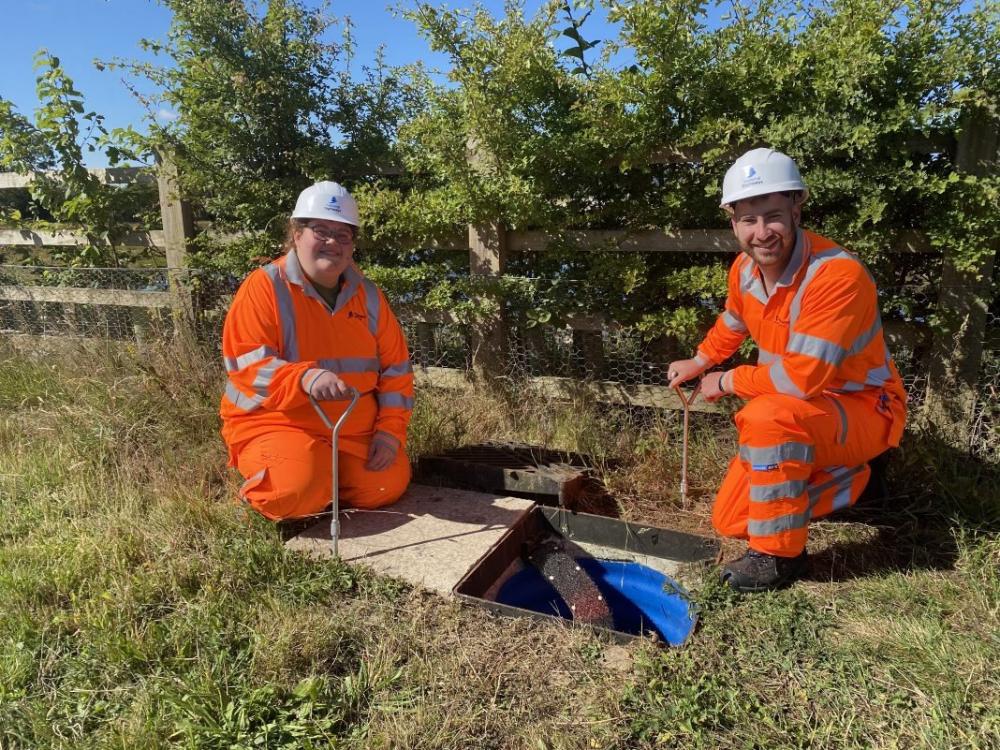 National Highways Environmental Specialists Heather Lyons and Tom Walker check the ladders are being used successfully
Frogs, toads and newts can now escape to safety if they fall down roadside drains after special rescue measures were installed by National Highways.

Amphibian ladders have been put in three gully pots near a balancing pond and breeding pond for protected great crested newts alongside the A1(M) near Scotch Corner.

The ponds were created by National Highways ten years ago as part of the A1(M) Leeming to Barton major upgrade and have become established ecosystems, home to a diverse range of species including nesting oyster catchers, coots, common toads, common frogs, smooth newts, great crested newts and a variety of aquatic invertebrates.

During a recent routine visit to the site, National Highways Environmental Specialist Heather Lyons and colleagues, noticed a number of toads and newts stuck in a gully pot. They rescued them and researched how to help them escape in future.


Heather said:
“A well-managed road network can make a significant contribution to the protection and enhancement of biodiversity in England. We're committed to protecting the natural environment that surrounds our roads and this simple, yet highly effective, measure is a great example of how we can achieve that.

“Gully pots are designed to stop solid materials and debris from entering the drainage system. They’re the first point of entry for road water runoff but they’re also very easy for amphibians and other small animals to fall into and not get out again.

“While we were installing the ladders we found 13 toads, a frog, seven smooth newts and a great crested newt in one pot alone. Installing the ladder provided them, and will provide other wildlife in the future, with an escape route.

“Having amphibians on our land is an indication of a healthy ecosystem. They also eat insects and other invertebrates which are pests to the agriculture industry and also reduce insect borne diseases.

“We are now looking to install more across the region. Research has shown them to aid up to 90% of trapped animals, they’re easy to install, have a robust shelf life of around ten years and won’t cause any issues when we jet-clean the gullies as part of our ongoing upkeep of the strategic road network. It’s a real win-win.” 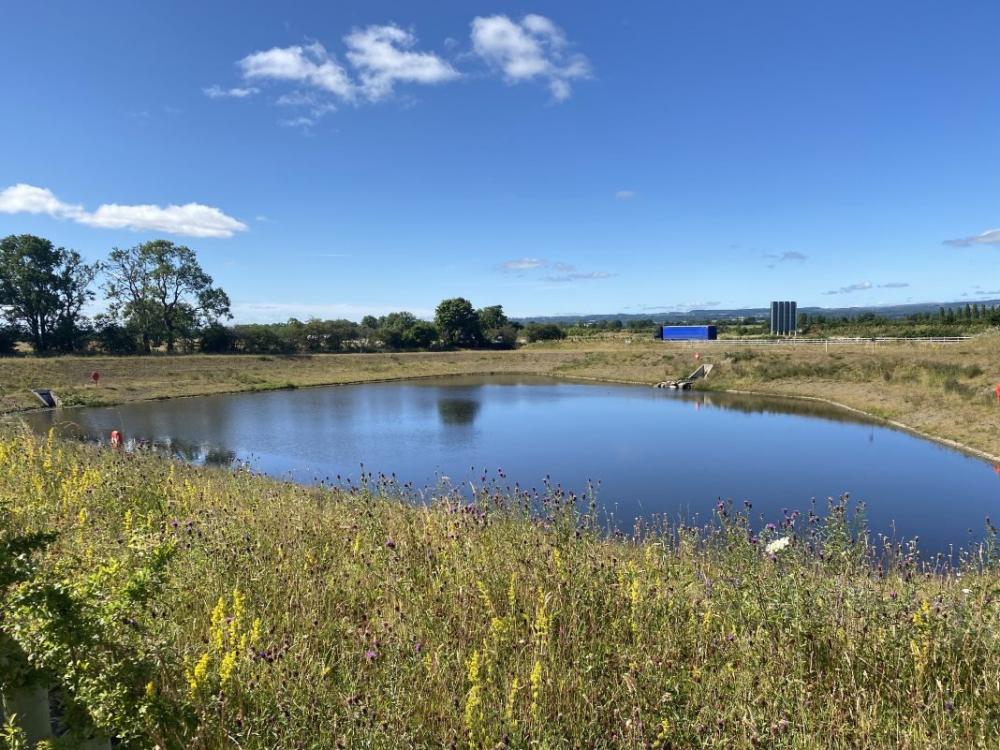 The balancing pond just off the A1 at Scotch Corner is home to a variety of wildlife
The ladders are stainless steel ramps with a covering of nylon string that acts as a cargo net, giving wildlife something to grip on to as they make their escape. They have a slight incline with a hook at the end that attaches to the side of the gully. 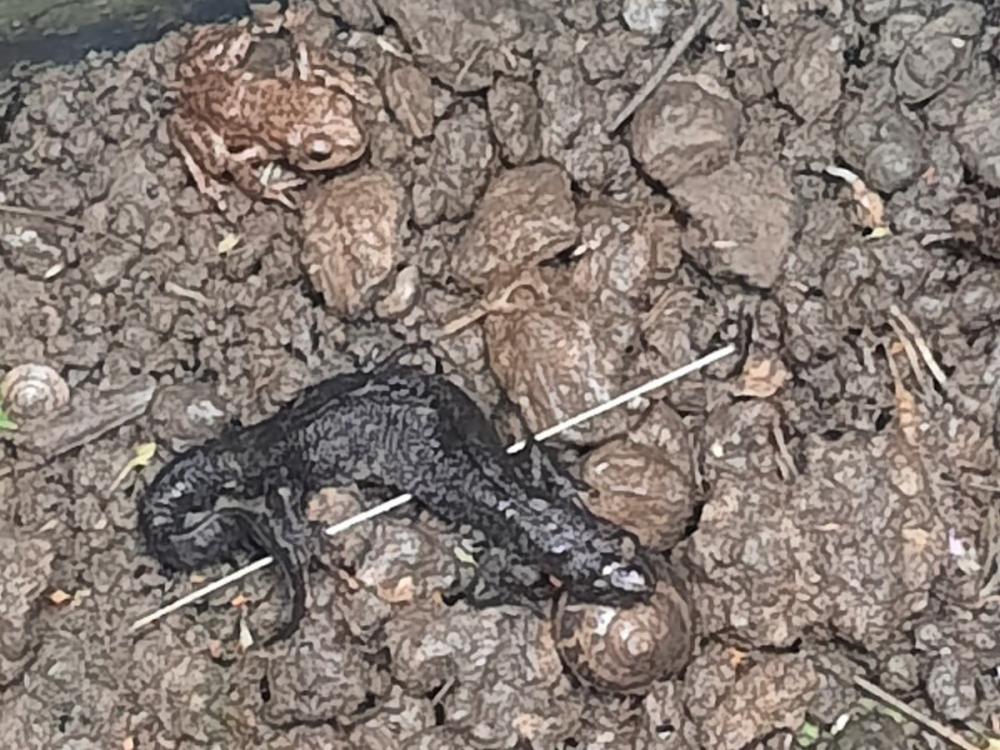 A newt and frog at the bottom of the gully pot before the ladders went in
Further information about National Highways’ plan to protect and enhance biodiversity can be found at nationalhighways.co.uk/media/yp1cj1kf/biodiversity-plan.pdf