'No Regrets': The Undoing of Arlo Knott by Heather Child 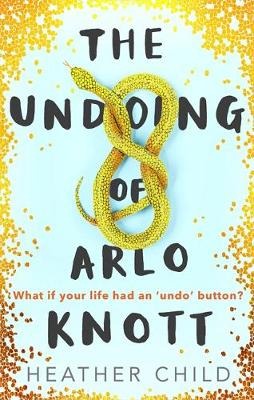 Readers may be familiar with Heather Child’s debut novel, Everything About You, which presciently perceived new technologies, their potential moral tenebrities, and rendered such abstruse concepts such as “hyperreality” accessible to the everyday reader.

Child’s new fiction, The Undoing of Arlo Knott, tackles new moral territory and builds upon her recurring theme of conflicting realities. The concept and ethics investigated on this occasion are more philosophical in nature, with a gentle detour into the sphere of quantum physics.

It is an interesting bricolage. Whilst being in many ways a didactic fiction, it is also a high-octane romp, steeped in acerbic wit. It is part coming-of-age story, part sci-fi fantasy – even part travelogue, taking in Bangkok, Cambodia and Rome.

Colour is utilised to great effect throughout, as Child paints a vivid tableaux with a very well-stocked literary paint box. Twists of expression such as “headache-bright orange juice”, “lemony sunshine”, “purpling the water” and “white-linen sky” uniquely represent the commonplace and render the reading experience enjoyably kaleidoscopic.


Also by James Goodall...
A Greater Obedience To Authority: From Richard Condon To Stanley Milgram'Numbers Rule The Universe': Q By Christina DalcherAn Interview With Heather Child: Author Of Everything About You And The Undoing Of Arlo KnottDeja View (Part Two): Conflicting Realities In Heather Child’s Everything About YouDeja View (Part One): Conflicting Realities In Philip K. Dick’s The Simulacra
During his early adolescence, Arlo, the eponymous hero (or anti-hero, as you may judge), develops an “ability” to “undo” time and correct negative actions. He can “skip back” temporaneously and work events to his advantage, effectively applying the “Ctrl+Z” keyboard function to his everyday life. Doubtless this is a gift a fair few of us might crave! However, as the title of Child’s work suggests, such a power has its price.

Interestingly, the novel doesn’t follow a standard sequential ordering of chapters. It begins at “Part Six” and counts down. Each chapter is also a birthday, or Arlo’s given age at the time. This age also remains the same for multiple chapters, creating the impression that time is being repeated as a result of Arlo’s temporal manipulations.

Arlo’s ability is extrasensory in nature, derived ‘Lawnmower Man’-style from a dormant part of the newly awakened brain: “I tried to sense which area of my brain was lighting up to make it happen”. It first manifests itself in the wake of a childhood trauma – a terrible accident for which he feels responsible. Thus is the theme of “regret” introduced into the narrative. Ultimately, this intense feeling of remorse becomes the trigger for Arlo’s latent ability, as well as the motivation for his subsequent processes of self-editing. He is unable to remedy this early misfortune, however, as he discovers his power has limitations. He is only “a short-term time traveller”, as it were. Despite improving his technique through meditation, “training like a metaphysical version of Rocky”, with regret acting as a catalysing agent, he is only ever able to rewind time by a couple of weeks. No more. Holding on to regret proves to be a road fraught with danger and leads to Arlo’s “undoing”, as the story’s title implies.

Child subtly employs snake imagery to great effect throughout the novel, often with contrapuntal images of ladders. At the beginning of the story, Arlo abandons a ladder, which he was supposed to be holding steady, in order to pursue a slow-worm (or snake-like surrogate). Significantly, this scene has Biblical connotations, reminiscent of the snake presence in the Garden of Eden, and the subsequent fall of Adam and Eve. Similarly, following Arlo’s downfall in this scene, gardens in the story become places of discord, filled with “irregular birdsong”. From here on in, life for Arlo is reduced to a game of Snakes and Ladders. Despite the positives afforded by his gift, he finds himself presented with snakes throughout his life, and repeatedly returned to square one.

Indeed, Arlo suffers many negatives through usage of his gift. Firstly, he suffers from “suspended exhaustion”, having lost track of time through successive edits. And this is understandable. I, for one, could easily spend 10 years trying to expurgate the various accumulated faux pas of a single day! Though Arlo doesn’t age physically with each reset, he retains the memory of each action undone, accruing extra duration on his mental chronometer: “All those years of undoing time, ha[d] worn me down, made me thin,” he notes, almost in mimicry of Bilbo Baggins and the toll taken upon him by the ring of power! Secondly, he fears being put in a padded cell and made a lab rat should his secret ever become common knowledge. For that reason, he keeps his secret to himself and suffers from isolation as a result. Thirdly, it proves harmful to his relationships, as they tend to be established through trickery. He plays his girlfriend Sabra, for example, in order to fast-track their relationship. Worse still, he makes her complaisant and an inveterate risk-taker, the flashpoint coming when the pair narrowly escape a serious road accident. He, too, becomes negligent in this respect, for his power gives him a false sense of security. Believing himself impervious to harm, he learns his lesson the hard way during a period of service with the Metropolitan Police. Whilst in pursuit of a criminal, he is attacked by surprise, leaving him no time to take any corrective action. As a result, he suffers serious injury and is forced to re-think his approach to life. 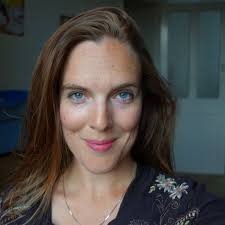 Heather Child
Arlo employs his ability to noble ends, and reaps many positives. He prevents a woman from being robbed in Russell Square, and another from taking her own life. Other good deeds are intimated furthermore during his tenure with the police. But there are times, also, when Arlo puts his power to more nefarious purposes. We see him use it to cheat at gambling, as well as to prolong the highs of drug-taking in scenes of extended hedonism. Here, Child demonstrates the moral quandaries that could arise if such a power were possible. In Arlo’s case, what begins as a simple practice of self-correction morphs into something more questionable. Much as the character Phil Connors in Groundhog Day manipulates his repetitive day cycle to inveigle himself into the private quarters of unsuspecting townswomen, so too does Arlo use his gift to become a master of flirtation. Arlo is a flawed character, although he does acknowledge the iniquity of his actions. Some users would doubtless be more altruistic if similarly blessed; others might put such a gift to more execrable uses. His moral compass is put to the test most acutely in Cambodia, whilst on a volunteer mine-sweeping placement. Frustrated by slow progress, he leads a team into a danger area and clears it via what he terms as a more “turbo-charged method of trial and error”. In other words, he risks and in many instances ends his teammates’ lives, before promptly undoing each fatality in turn. Here, Child raises an interesting question: is a crime still a crime, even if it can be immediately undone?

Child also broaches the nature of “reality” in Arlo Knott. As Nabokov once noted, “reality … [is] one of the few words which mean nothing without quotes” - a point I’m doomed to validate! It is suggested on numerous occasions that Arlo’s ability is in fact a coping mechanism, and that the miracles he performs are part of an alternate reality of his imagination: “Sometimes I … thought ... that I was just ... playing out each scenario inside my head, thinking it was real”. Arlo effectively operates in two temporal realities: for every action he “undoes” he creates a new future, whilst at the same time retaining the memory of each action “undone”. Often, as a consequence, he can no longer distinguish which of his recollections are true, his memory bank presumably resembling a sectionally-spliced reel of celluloid! We later learn that Arlo’s sister, Erin, has become a research associate in quantum physics. With Erin’s input, scientific rationale soon legitimises Arlo’s theory of an alternate reality in play. Erin identifies “heat signatures” in locations where Arlo has previously worked his magic. She suggests that his actions in each instance have not merely been “undone” but distilled into alternate planes of reality, in line with Schrödinger’s “many-worlds interpretation”. In other words, every action Arlo has counteracted historically has in fact been filtered prismatically into a multiversal dumping ground! This is a troubling proposition. Time is a delicate mistress, as any science fiction story dabbling in themes of temporality will tell us! Here, the full cosmic implications of Arlo’s actions are revealed to him.

Initially, in being able to move life’s goal posts at will, Arlo considers himself superhuman and master of his own destiny. Just as Oedipus declared himself a “child of fortune” in defiance of the prophets, so too does Arlo consider himself a soi-disant “champion of logic” in opposition to fate. But, like Oedipus, in a replaying of the Sophoclean tragedy, Arlo discovers he is still very much a puppet of fate. He learns, for example, that many of the people he has saved from danger in the past have proceeded to die mysteriously in other ways. He finds there are times also when his ability to play people fails him. Much as the character Rita, in Groundhog Day, realises she’s being played, and proceeds to slap Phil Connors repeatedly in the face, so too does Sabra realise she’s being manipulated by Arlo, and the pair separate for a time. Similarly, Erin, who despite losing her eyesight early in the story, is no less incisive for it, sees through her brother and excoriates him for his past transgressions.

Finally, Arlo comes to accept fate’s supremacy and resolves no longer to cheat his way through life. But, as the story reaches its denouement, Erin’s “many-worlds” theory comes home to roost, the ill-effects of which present a danger to Sabra’s life. Thus, in a cliffhanger moment, Arlo is forced to consider using his talent one final time, and to attempt his greatest quantum leap yet.

The Undoing of Arlo Knott is published by Little, Brown.