No Time For Complacency About Flooding 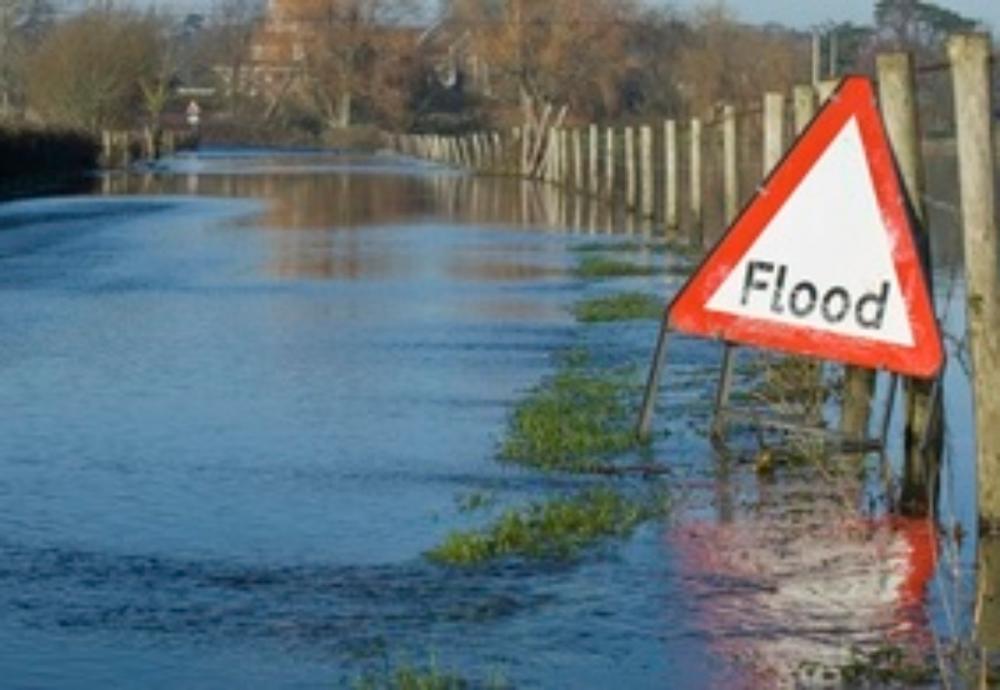 Nearly two in three households at risk of flooding don’t believe it will happen to them, new analysis revealed by the Environment Agency today (Tuesday 23 November) has warned. It comes as the Met Office has said there is an above average likelihood of a wet winter.

Members of the public are being urged to join their friends, family and neighbours who have already taken action to help prepare themselves and their properties for possible flooding. The research shows that people who haven’t taken action to prepare for flooding are in the clear minority (30%), but this still means that as many as 1.5 million households, who are at risk, are yet to prepare.

"Yet we can’t prevent all flooding - climate change is only increasing that risk
The new analysis has been released at the start of Flood Action Week (22–28 November 2021), when the Environment Agency is urging people to check their flood risk online, sign up for flood warnings and, if they are at risk, know what to do if flooding hits.


Those at risk are encouraged to follow the advice to ‘Prepare. Act. Survive’, specifically:

The warnings come as the Environment Agency continues to prepare for possible flooding, with the Met Office’s outlook showing there is an above average chance of the UK winter being wetter than normal over the next three months.


Caroline Douglass, Executive Director of Flooding at the Environment Agency, said:
"Now is the time for us all to be vigilant, not complacent, about flooding.

"Our previous investment programme protected 314,000 properties from flooding. Our flood defences have helped to protect nearly 200,000 properties during flooding incidents since 2019, and we’re investing millions into building new schemes and making repairs to keep communities safe.

"Yet we can’t prevent all flooding - climate change is only increasing that risk – and today’s figures show that while some people are prepared, many are not.

"It’s vitally important for the public to go online and check if they are at risk, sign up for Environment Agency warnings, and know what to do if flooding hits."

With 250 mobile pumps and 6,000 trained staff across the country, the Environment Agency is ready to take action wherever it is needed this winter. The construction and repair of flood defences has also continued throughout the year as part of the record £5.2 billion government investment to better protect 336,000 properties.

These preparations have already helped to protect communities from flooding in late October, when parts of the country saw a month’s worth of rain in 24 hours. While this sadly led to the flooding of 79 households, flood defences and Environment Agency action helped to protect over 3300 properties.

Will Lang, Head of Civil Contingencies at the Met Office said:
"Winters in the UK usually includes a wide variety of weather and this winter looks to be no exception. However, when looking at the big global drivers that impact weather in the UK there are indications this winter could be wetter than normal.

"Although these wetter conditions are most likely in January and February next year, details will become clearer nearer the time and information can be found on the forecast pages of our website."


Tony Rich, from The AA said:
"Roads can quickly become impassable during very heavy rainfall, so you should allow plenty of time for journeys. It’s also important to leave twice as much space between you and the car in front to allow for greater stopping distances.

"Drivers should take extra care where roads dip, for example under bridges, as these areas are more likely to flood.

"Flood water can be deceptively deep, and it doesn’t take much for water to get sucked into your engine. It can also mask other hazards in the road, such as displaced manhole covers, so if in doubt turn around and find another route."

With just 30cm of flowing water being enough to float a car, drivers are also being warned not to attempt to drive through flood water and take extra precautions in wet weather.