The National Lottery Heritage Fund has awarded over £2.5 million to four projects across the North of England in a bid to ensure that the natural heritage on our doorsteps is preserved and protected for years to come.

Across the North of England nature is abundant, and the area is famed for its wild landscapes as well as being home to many species of flora and fauna. However, nature is also struggling and action is needed to halt its decline. The funding awarded to these projects will not only help to protect the natural heritage of the North, but with a call for volunteers it will also allow local people to get hands-on and do their bit for the nature they hold in such great esteem.


Young Ranger dry stone walling
Over 1,200 volunteer opportunities will be created across all four projects, and there will be more chances for people to get involved in learning about their local nature through events such as surveys, walks, exhibitions and even stargazing. 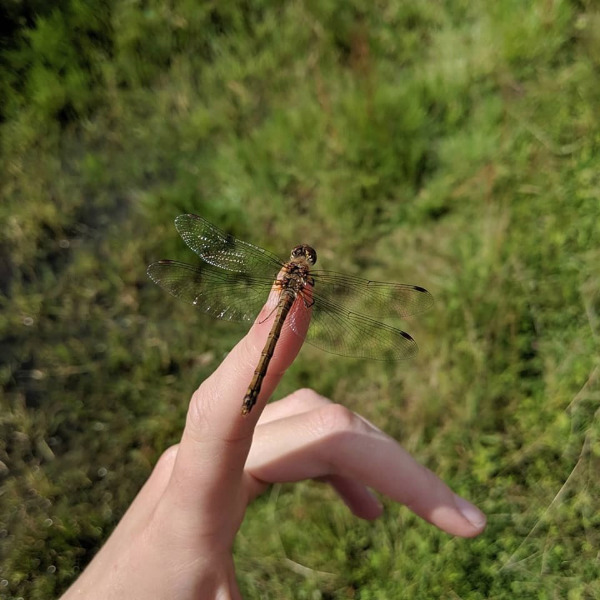 Sheffield & Rotherham Wildlife Trust, Female common darter (c) Isabel Commerford
David Renwick, Director of England, North at The National Lottery Heritage Fund, says: “Through our conversations with National Lottery players, we know that nature is incredibly important to them, and the funding for these projects means that they can play their part in preserving the significant and varied wildlife that the North of England is home to. At The National Lottery Heritage Fund, we’re incredibly proud to be playing a role in ensuring our natural heritage is safeguarded for generations to come, but also that the projects we fund give people the chance to connect with the nature and wildlife that is on their doorsteps.” 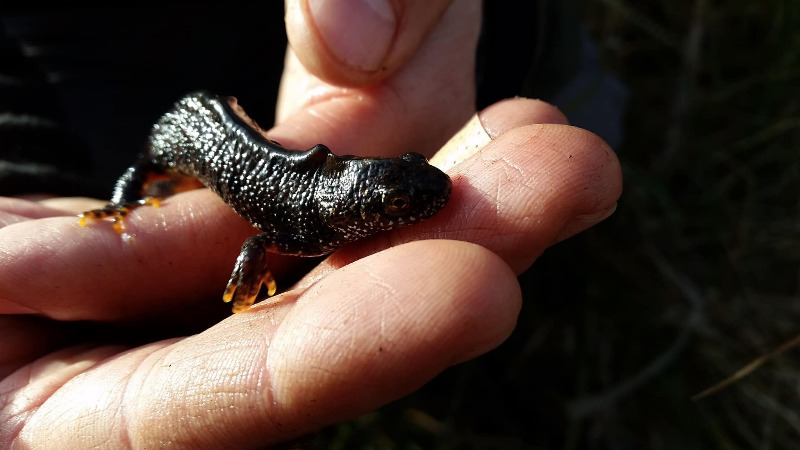 Sheffield & Rotherham Wildlife Trust - Great crested newt in hand (c) B. Robins
The four projects to have received funding are:

Fellfoot Forward Landscape Partnership – Led by the North Pennines AONB Partnership, this series of projects will showcase and support one of the lesser known landscapes of in Cumbria. The four-and-a-half year scheme will connect the people in and around the Fellfoot Forward project area with their natural heritage through activities such as wildlife identification of some of the endangered species the area is home to, the creation of exhibitions and performances linked to nature, and community-led research to unlock more of the 8000-year history of the landscape.

Act for Eden’s Rivers – Capturing today’s public concern about climate and the environment, Eden Rivers Trust will provide opportunities for those living in the local area to take action to safeguard this internationally important natural heritage. The project will create more pollution fighters, habitat creators and river defenders, empowering the communities of Eden to ensure their heritage is not lost through activities such as balsam bashing, planting and species monitoring. They will also organise Cumbria’s first Youth River Summit.

National Park Explorers and Young Rangers: Building a lifelong connection to nature – Young people and families, particularly those of low-income in North Yorkshire and Teeside, will be encouraged by North York Moors National Park Authority to learn, play and interact with nature in the stunning setting of the National Park, whilst also playing a significant role in its conservation. Hedge and tree planting, monitoring scheduled monuments and conservation skills will be on offer to those who take up the mantle of being a National Park Explorer or Young Ranger.

More Data for Nature – Sheffield & Rotherham Wildlife Trust will bring volunteers and experts together to collate and analyse data to inform conservation practices at a landscape scale. The project will expand on the Trust’s previous work in monitoring wildlife and habitats through collaborations with new partners and a wider geographic scope, and will allow a whole new host of volunteers to get involved in activities, such as bird surveys and habitat condition assessments.

Over the last 25 years, The National Lottery Heritage Fund has invested £187 million in nature and wildlife projects across the North of England. Natural heritage has been identified as a priority area for The Fund, as well as community heritage, which are both at the heart of all four recently awarded projects.