A (Hotel) Castle Fit For A Commander!

“Yes, I was made an OBE years ago and now I’ve been awarded a CBE. I am officially a Commander of the British Empire.”

“I was offered a peerage but it would have involved me working in the House of Lords every day and, quite frankly, I’ve had enough of London. So, in the absence of a Knighthood I am now a CBE but, more to the point, I need a hotel.”

“Yes, somewhere to stay in Windsor where I’ll be picking up my award at the Castle in a few months’ time. Bit easier to get to than Buckingham Palace and a little less hectic.”

My friend’s request couldn’t have been more timely. I’d just visited the Castle Hotel in Windsor and, whilst it wasn’t quite HM’s residence, it did have a Royal pedigree and would certainly suffice for a Commander in the making or, for that matter, a visiting Royal, should the Queen’s favourite weekend retreat be full!

The Georgian Castle Hotel Windsor or, to give it its full title ‘Castle Hotel, Windsor – MGallery Hotel Collection’ – is bang in the middle of town, a short walk from the railway station, not much further from Britain’s poshest school – Eton College – and a cricket ball throw from the 1689 Grade I listed Guildhall… said to have been ‘finished off’ by no other than ubiquitous architect Sir Christopher Wren, after its designer, Sir Thomas Fitch, prematurely popped his clogs!

Needless to say the views from our ‘Charles Shireff’ Royal Warrant Suite – there are five such rooms in the hotel – were historic to say the least: on one side there’s a castle….…on the other there’s a pub whose name is, possibly, a little less fashionable than it once was 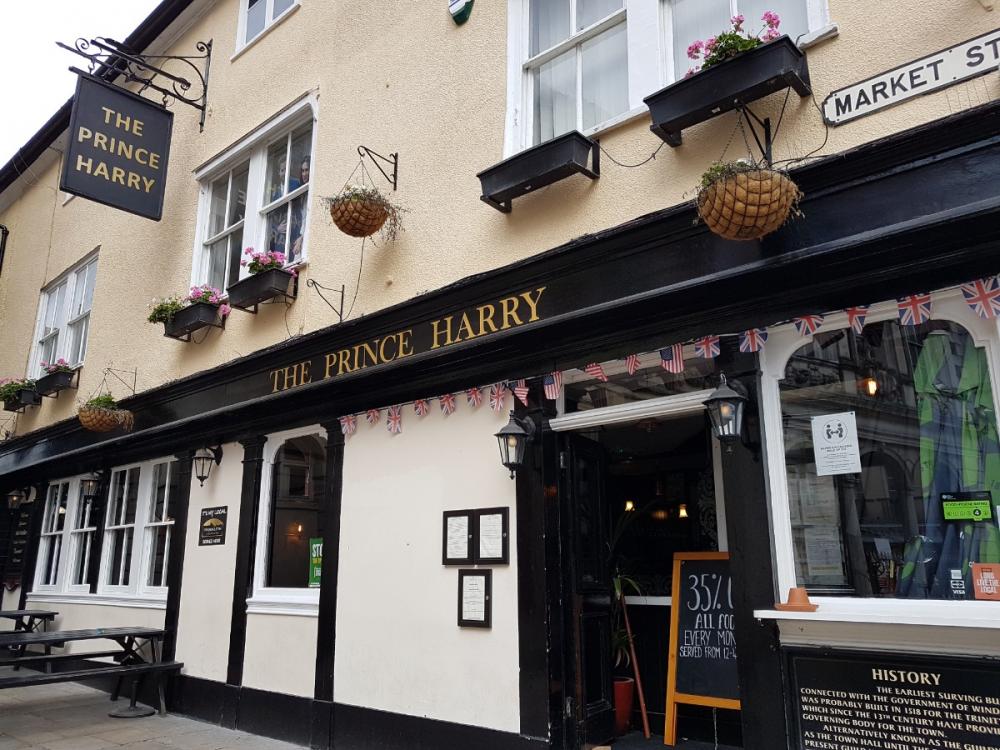 …. and, in between the two there’s a street with a difference.“Excuse me.”

I averted my gaze from the sign which was regaling me with stories of The Queen’s Walkway.

“I suspect you’re right,” I replied. It was rare to get such engagement south of Sheffield or Manchester but I was pleasantly surprised by the unexpected interruption.

“Well you’re standing opposite the shortest street in England. It’s just shy of 52 feet long so now you know where to go if you’re in need of a short walk,” he chuckled before scuttling off! A short exchange in itself but about as long it would have taken me to walk the length of Queen Charlotte Street just across from the hotel! 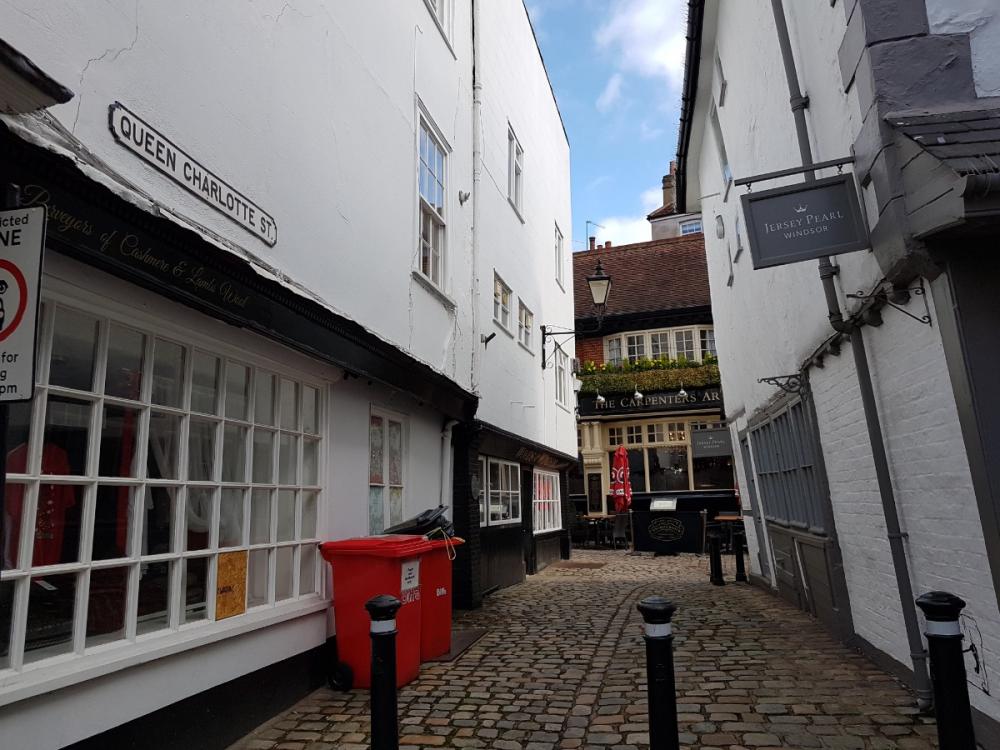 Windsor is a picture-postcard town that mixes culture, heritage and fun perfectly, and my two-day exploration of the Royal Borough – first dubbed as such in 1277 - began at the Castle Hotel at No 18 High Street.

This erstwhile inn is elegant and warm with wood panelling and plush furnishings that give it a sense of tradition throughout, except for the modern reception 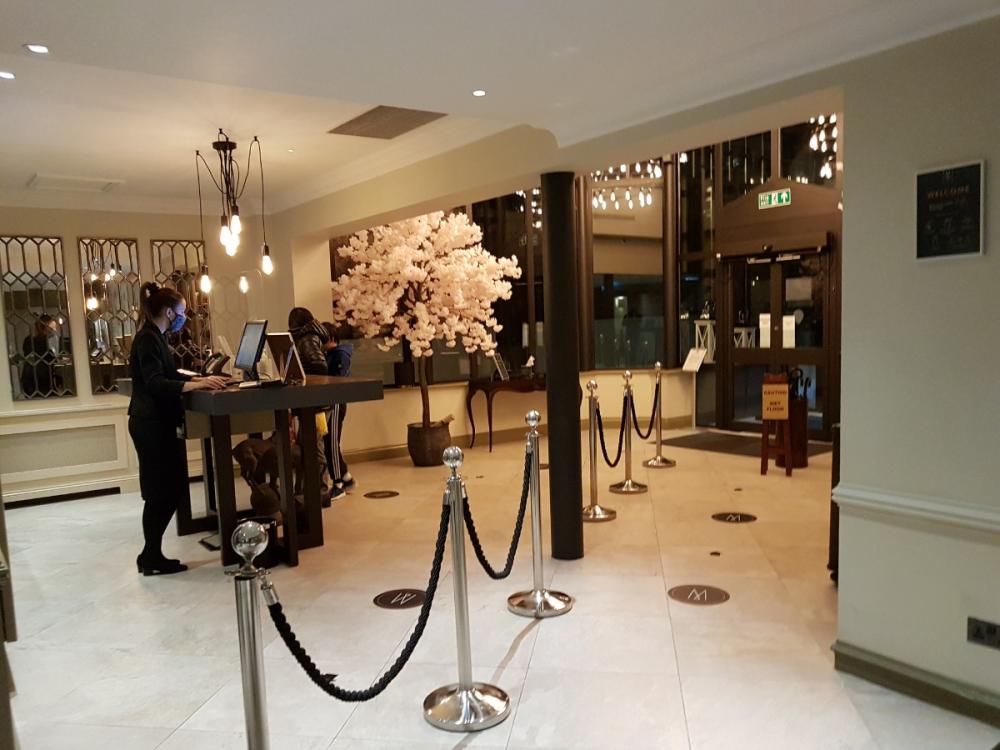 which nods knowingly to the ever-present need for at least a touch of modernity.

We were checked in by an Italian lady whose broken English was endearing, but she was still savvy enough to note my Filipino wife’s moniker. “Is Princess your real name?” she asked rhetorically before smiling broadly. Another Royal in residence had just arrived. Was the main castle full?

This feels like an intimate hotel even though it has 108 rooms and, whilst numbers might have been down due to Covid considerations, we never felt anything less than well looked after. 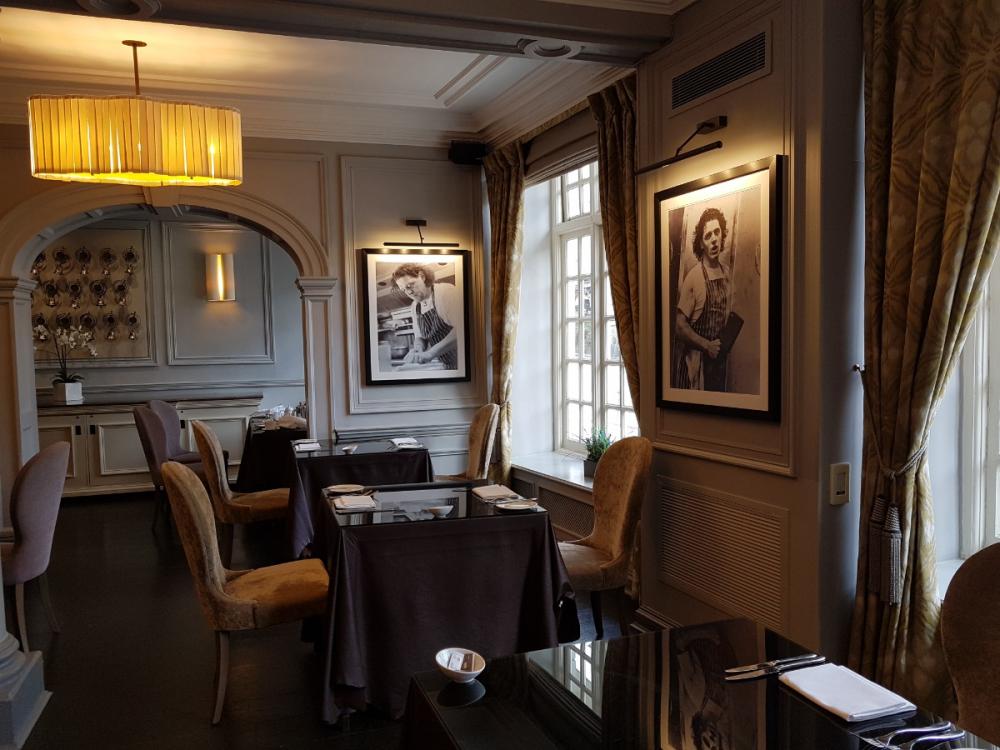 … for breakfast lunch and dinner. We were served at table each morning and other than having to ask for hot milk and the twice missing preserves, all was well in our duck egg blue surrounds which harked back to a time gone by, thanks to the wall-mounted bell board 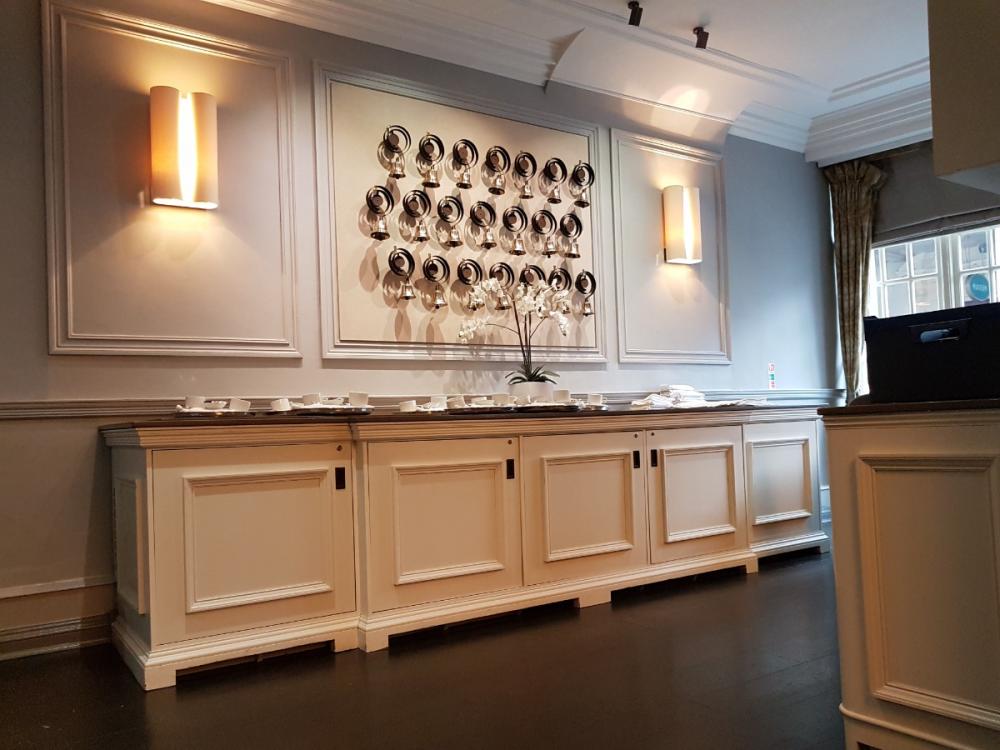 more in keeping with Brideshead or Downton.It was time for a walk before dinner: Windsor Bridge beckoned. It’s been there since 1822 and accesses Eton just across the Thames, another town that is equally twee with its college for budding toffs, and a range of gents outfitters 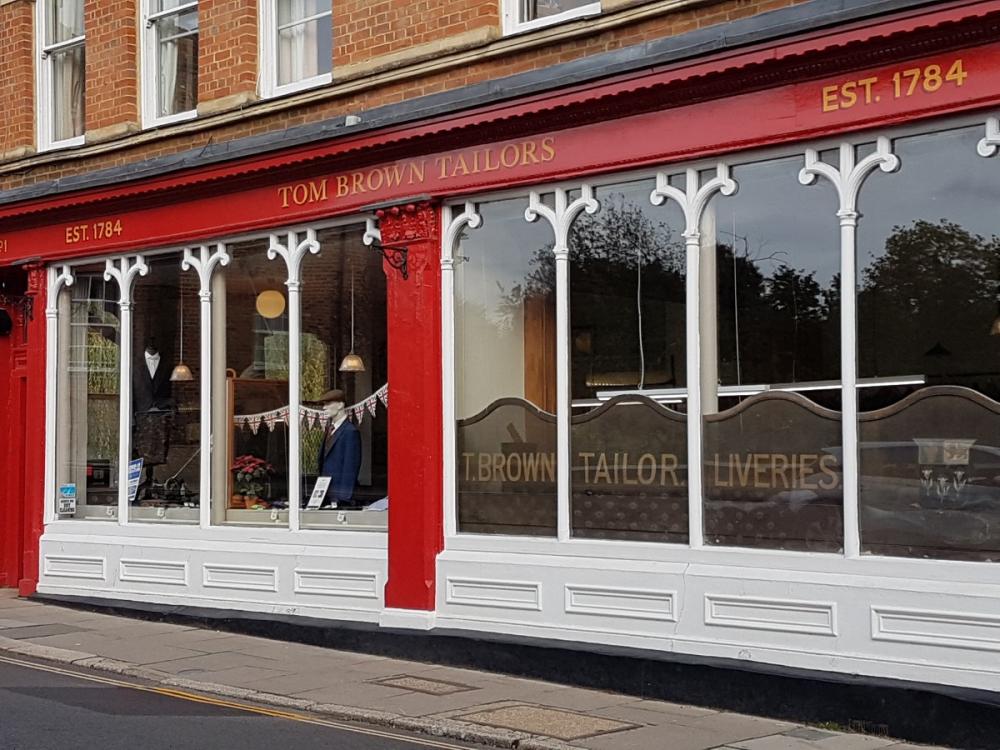 whose primary raison d’etre is the provision of pin stripes and tails for the 1300 or so boys attending the £40,000+ per year college where top hats are still periodically de rigueur.

As the evening drew in we returned to the Castle Hotel for dinner, enjoying the process of getting ready in our Charles Shireff suite, beautifully appointed with 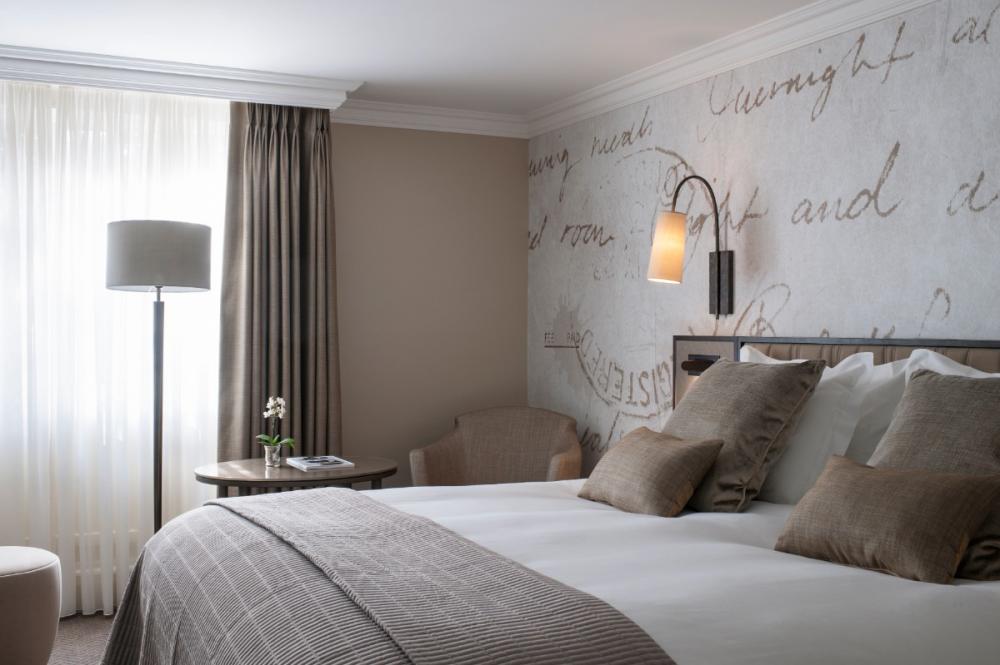 a king-sized bed, black and white prints on the walls, a private sitting room and luxurious bathroom complete with sliding door to maximise the suite’s floorspace.

Downstairs the UK’s first chef ‘enfant terrible’ – Marcus Pierre White – was nowhere to be seen but his name was enough to attract groups of discerning diners eagerly engaged in conversation and oblivious to the wider concerns of the Covid world around us.

The food was sublime, 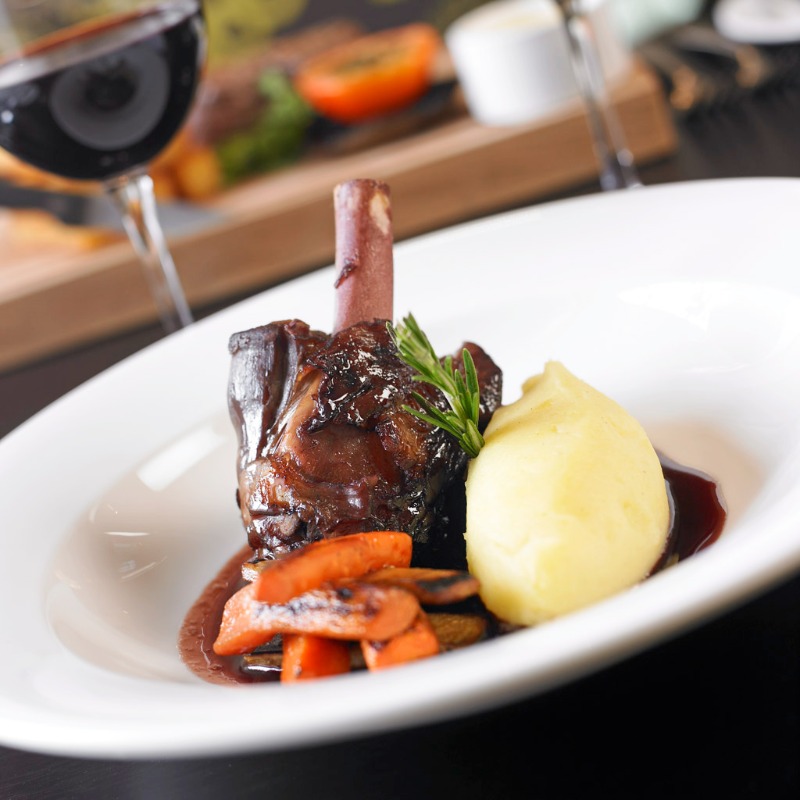 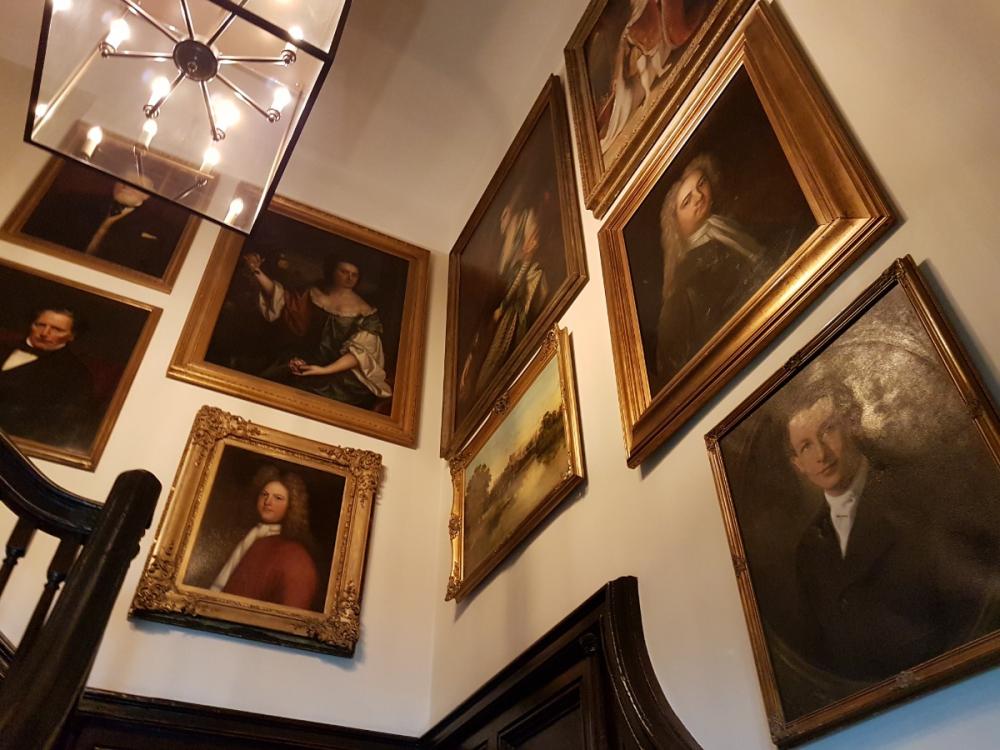 that greeted us as we later ascended to our room, fully expecting Downton’s Charles Carson to bring us a goodnight tot of whisky! 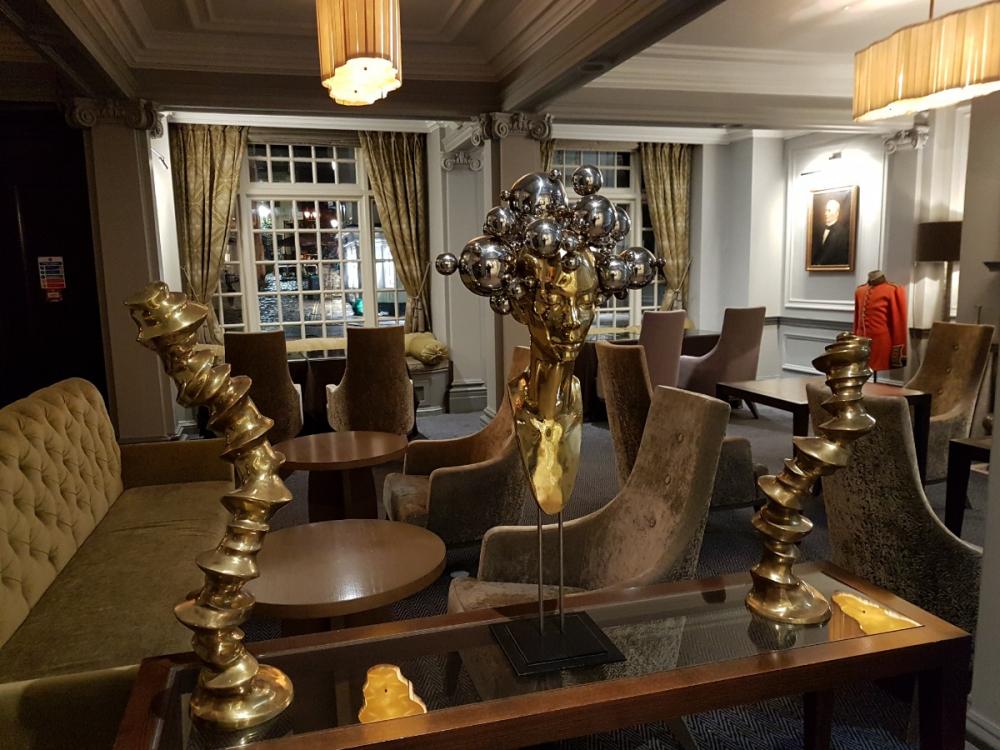 as, indeed, was the bar with its grey studded armchairs and a certain deference to Royalty thanks to a series of busts housed behind a glass façade... 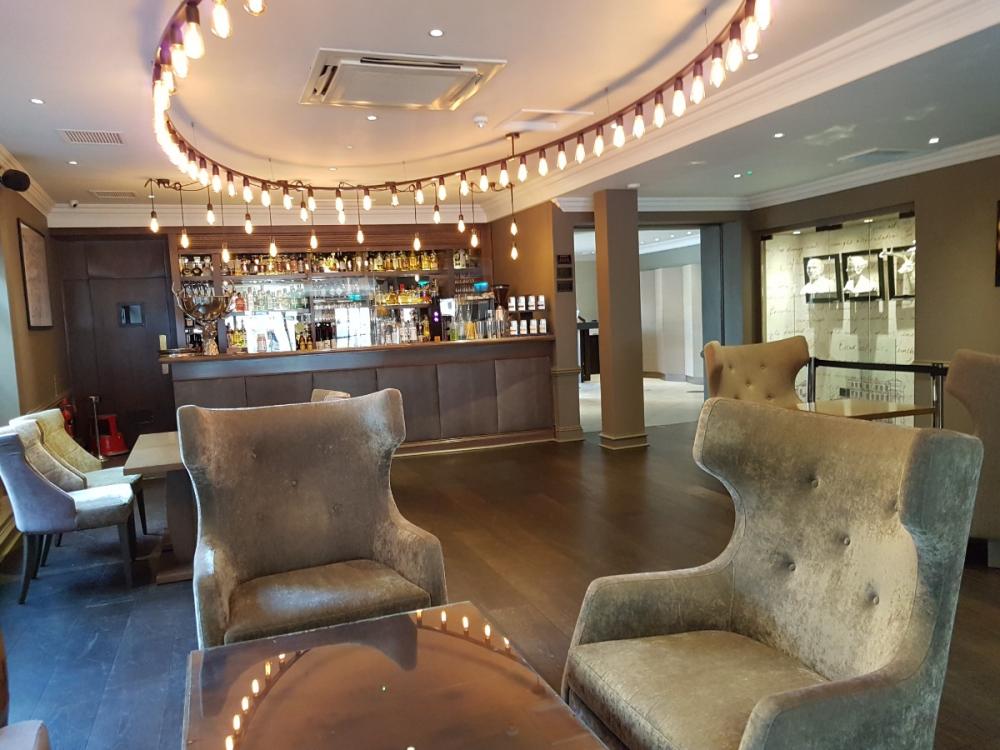 but it all knitted together beautifully.After a good breakfast and the promise of a mid-morning checkout we just had time to take in a short walk not to Queen Charlotte Street (!) but the nearby Great Windsor Park 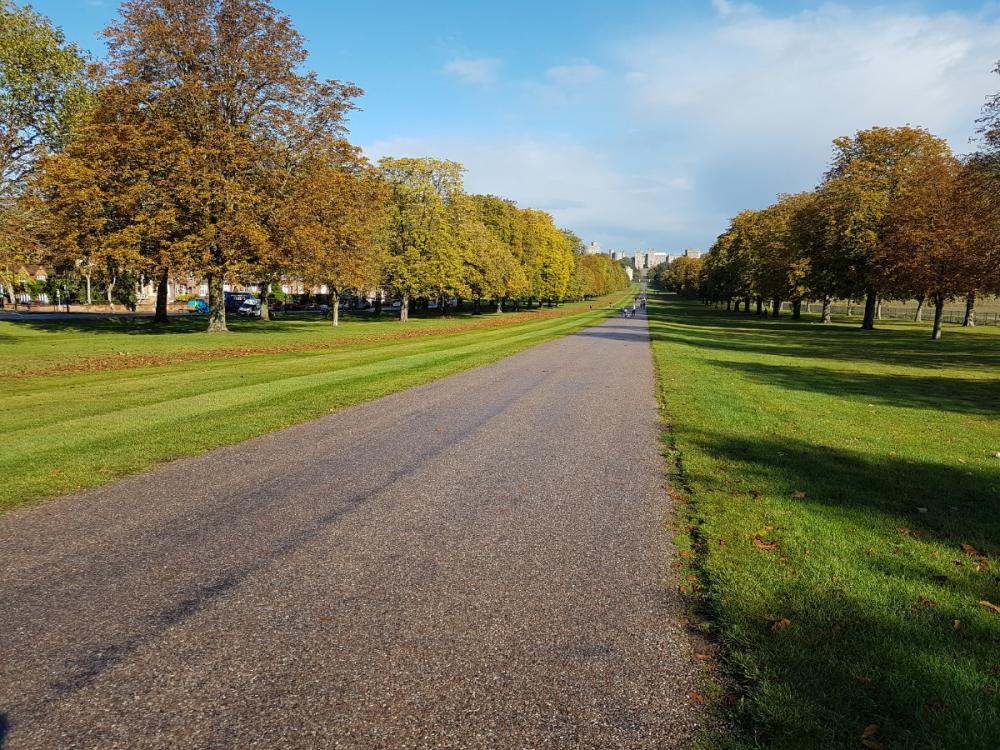 with The Copper Horse 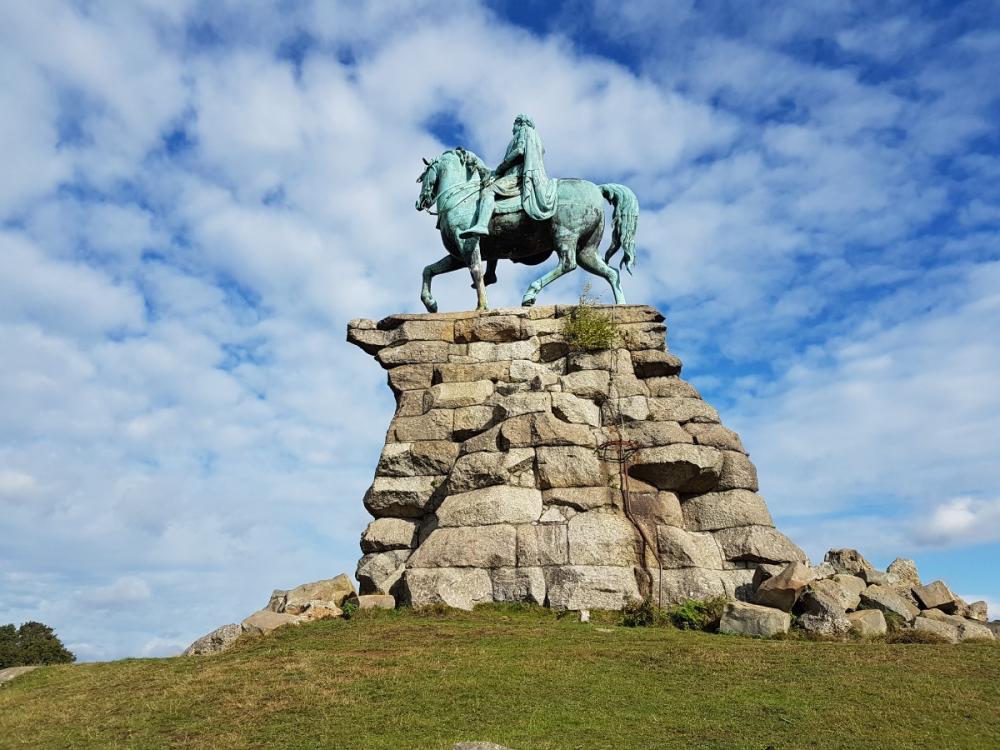 We’d parked at the hotel – it’ll cost you £25 a day to leave your car there – and for sheer convenience we were able to checkout and be on our way north in a matter of minutes, knowing that either Ascot or the Theatre Royal Windsor’s Christmas panto – Cinderella - might draw us back some time soon. To coin a timeworn phrase from my years as a young journalist, the Castle Hotel Windsor is a Right Royal treat, a worthy host for any visiting dignitary – apparently the Duke of Wellington popped in for nosh after his victory over Napoleon at the Battle of Waterloo - and certainly somewhere you wouldn’t hesitate to house a would-be Commander still waiting for his Knighthood! Wellington would have approved!