Hail Caesar! Hail Sir Keir Starmer! I may be an old Conservative lag, but to coin Mrs Thatcher, ‘I could do business with him’.

To continue with the Romanesque link, Ms Long Bailey has had her ‘et tu Brute’ moment, being metaphorically stabbed by her boss. Well done my son! 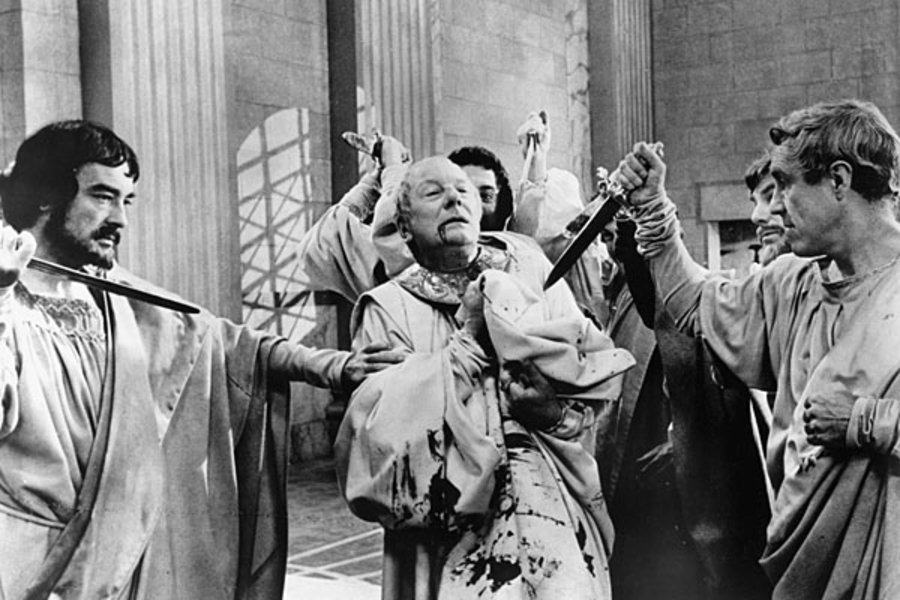 What delightful irony, our erstwhile Shadow Education Secretary seemed not to do one scintilla of considered research when sharing Maxine Peake’s tweet. Don’t bother swotting for your exams, she should exhort pupils, just share your heroine’s tweets without demur. Apparently, says Rebecca, Maxine is an absolute diamond; I wonder how she feels now when Maxine admitted her drivel about the Israeli Secret Service having trained Minneapolis Police on the neck kneel, was in fact inaccurate. You’d have at least a modicum of respect for her polemic if she maintained her stance, but when fact checked she immediately rowed back. So we can surmise that the views thrown out owe more to sensationalism and ego centric self promotion than any definitive opinion.

Good old Maxine! You may recall her totemic performance as Twinkle in Dinnerladies, playing a foul mouthed scrubber. It was a compelling portrayal, perhaps close to autobiographical.

As for Labours hard left: well insiders will tell you they are leaving the party in droves following Long Bailey's defenestration. Sir Keir will no doubt be weeping in his beer over that. At last the Corbynistas have been routed and we can all look forward to a credible opposition doing what they should do - holding the Government to account.

Stick to acting Maxine my love; do please find other ways of exercising your nauseating narcissism. Ill-informed tweets and interviews we can do without. Instead of learning lines, get your head around the comparative sins of omission and commission. You shouldn’t have said what you did, then didn’t say what you should have, and then in your admission of inaccurate commentary, you try to re-assert your repugnance at racism in all its forms. What a joke.

After the December election she said those Labour members who didn’t vote for Corbyn should hang their heads in shame. She disowned them. Pity most theatre goers can’t do the same with her.


Also by Christopher Jackson...
Land Of Woke And BoringBanks - The Bellwether Of All That’s Changed For The WorseTo Boldly Split Where No Man Has Been Before2021 - The Death Of Common SenseCOVID -19 : An Unexpected Side Effect
But hang on! - she’s easily eclipsed by another ‘sweetie’ , dear old butter wouldn’t melt Mark Rylance, he of the resigning from the RSC due to it being sponsored by BP. What a 24 carat plonker as Del Boy might have said. Of course when his wife took a touring company to put on a show on Broadway, they all swam or rowed there to avoid using ghastly fossil fuels. Hypocrisy? - surely not. And lo the weak and feeble minded RSC dropped BP as sponsors. And just months later Covid 19 lays waste to theatre land. A role well played Mark. Let Puck sum it up ‘ what fools these mortals be’. And who penned that line? - old Willie himself. Poetic full circle.

Are there no limits to these celebrity egos? - it would seem not. It’s enough to drive you to drink. I’m minded of the parody of the late Bill Deeds who would allegedly edit text with Shurely Shome Mishtake!

Verbal diarrhoea- yes that’s the word - oops that’s two words. But don’t you just love it when ‘stars’ of limited intellectual horsepower take the agglutinative route to impress us. Keane Reeves takes some beating in one memorable interview quote ‘I cried over beauty, I cried over pain, and the other time I cried because I felt nothing. I can’t help it. I’m just a cliché of myself.’ Well you said it Keanu! Don’t give up the day job son, and remember you were at your best as the airhead in Bill and Teds Excellent Adventure.

Let me close with reference to Faith Hills song The Kiss. The lyrics say a kiss is a centrifugal motion. Hmm? - doesn’t that force things apart . Try centripetal Faith - better still, just sing. Anything else isn’t worth a light.

Still, all in all, I should be grateful for these promulgations - without a weekly dose what would a sketch writer like me do?