On The March In Calderdale 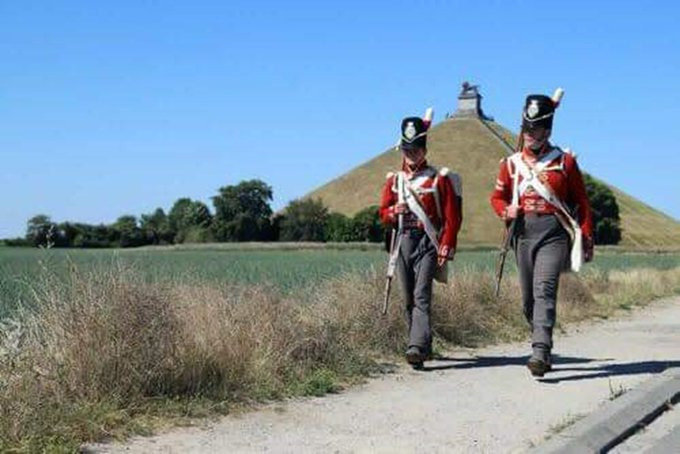 photo - Thomas Whitfield
On Saturday 24th July local reenactors from HM 33rd Regiment of Foot, portraying soldiers from the time of Waterloo, will be marching 18.15km from Halifax to Stoodley Pike to raise money for the Veteran’s Charity Waterloo Uncovered.

The group will be setting off at 10am from Duke of Wellington’s Regiment memorial in Halifax Town Centre and following the Rochdale Canal to Mytholmroyd where they will start their climb to Stoodley Pike, which they expect to reach at around 4pm.

The reenactors will be easy to spot on their route as they’ll be wearing exact replicas of the redcoat uniforms worn in 1815 by soldiers of the 33rd Regiment at the Battle of Waterloo, including authentic hobnailed shoes!

The event is being organised as part of Waterloo Uncovered’s ‘1815 Challenge’ which encourages supporters to run, swim, walk or cycle 18.15km for veterans!

The reenactors will be collecting donations all along the route of their march and donations are also possible via their justgiving page. https://www.justgiving.com/fundraising/hm33rdregt