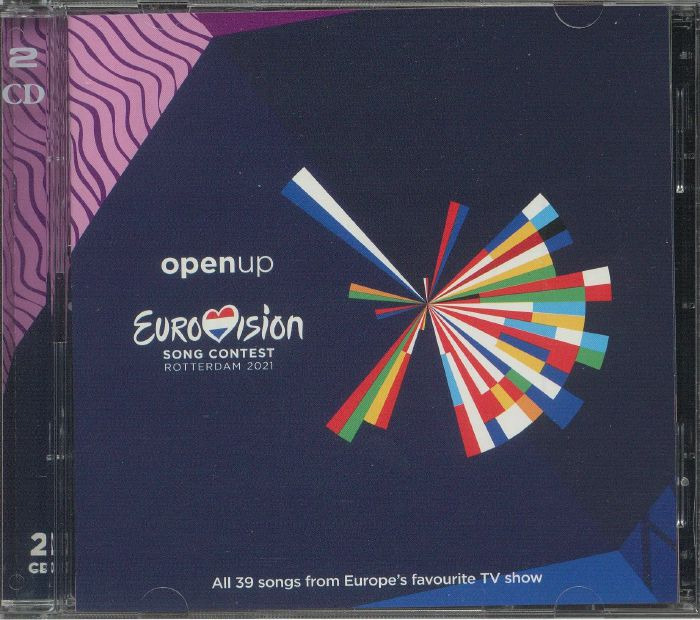 The winning trophy for the Eurovision Song Contest might be coming back to Yorkshire this year if James Newman wins with the song Embers. The Settle born artist was due to represent the UK last year until the competition was 'pandemic-ed'.

Spread over two CD’s you can listen to all 39 of this year's entries, though with two semi finals not all the songs will make it through to the grand finale.

There are some strong contenders though. Austria might have a chance with Amen by Vincent Bueno on a track that could be a Robbie Williams number. Some of the songs here sound influenced by the country they represent: Azerbaijani deliver an Eastern slice of pop with Mata Hari.


Also by Graham Clark...
Bullet For My Valentine Announce Shows Up NorthLeeds Band The Dunwells To Play Surprise Leeds And Ripon PerformancesByron, York - The Meat Is OnSowing The Seeds Of Success - Dining At Moss And Moor, IlkleyHull Born Calum Scott Breaks The Silence With New Single Release
Elsewhere Cyprus stand a good chance with El Diablo sung by Elena Tsagrinou on a song that sounds like Shakira meets Little Mix! Finland have entered a huge rock song that sounds like Linkin Park on Dark Side performed by Blind Channel. Who knows it could be a winner just like Lordi won for Finland in 2006.

Embers from James Newman might suffer in the contest due to Brexit. They always say that the voting is not political, but I disagree.

Ireland might have a strong chance with Maps by Lesley Roy on an uplifting number that builds into a swirling crescendo. Iceland have a similarly substantial chance with the song 10 years though Sweden might be a contender with Voices - an unforgettable melody underpins this pleasing track.

Whether San Marino will get through the semi finals with Adrenalina by Senhit is anyone’s guess. They have even roped in American rapper Flo-Rida to appear on the appealing pop song. Could be a possible winner I think.

Let’s hope James Newman does not finish in the bottom five, he deserves to be in the top 5 at least.